Being No One, Going Nowhere

STRFKR‘s track “Rawnald Gregory Erickson the Second” could be one of my biggest inspirations to start playing music and jamming with my friends. I’ve been a big believer of this Portland-based indie rock band ever since I first laid ears on them back in 2008, and they never cease to amaze me.

Their 5th studio album, Being No One, Going Nowhere, is set to release on Friday November 4th, but luckily enough for us they’ve given us a 4 song teaser!

I couldn’t wait another 5 days to share, so here you go 🙂

You can count on another STRFKR post this upcoming Friday.

admin October 30, 2016. No Comments on Being No One, Going Nowhere. Categories: New Music.

I’ve wanted to see Saint Motel play live ever since I listened to their first studio album, Voyeur, in 2012. Their schedule to play in town always seems to clash with me being out of town, but I finally had the opportunity to see them perform on the main stage at Sasquatch this year! Unfortunately their set was cancelled due to intense winds…just my luck 🙁

They released their second full length studio album, Saintmotelevision, on October 21st, and, although it may be a bold statement, I think I like it more than their first!

They really caught on to the catchy sound movement. This upbeat, high tempo, make-you-wanna-dance album is definitely one for the ears!

For me, Summerland could be the album I was most looking forward to this year. I know that’s a bold statement, but Coleman Hell‘s music always reminds me of summer and good times, and during this transition into winter, it’s exactly what I need.

I highly recommend everyone have a listen to this, and put on your dancing shoes for his show on November 10th at Venue. 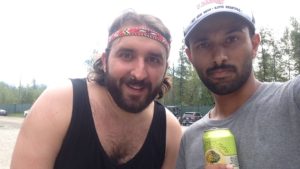 Going in to Glass Animals, I honestly didn’t know what to expect. I only knew 2, maybe 3 songs, which I liked enough to get me out the their show.

Needless to say, these guys blew me and everyone else in Queen Elizabeth Theatre away!

The singer was mental, in the best way possible. He was all over the stage, with his wacky dance moves and and the most soothing singing voice…ever. The stage set and light show definitely added a lot to this show too.

Went in a casual listener, came out a big fan.

Tokyo Police Club will always hold a special place in my heart. I spent 6 weeks on the road with them in 2014, so here I was, ready to reminisce.

They came on strong, just like they always do. It was nice to hear their new songs added to the set list. My House had the whole Commodore Ballroom singing their hearts out.

To top it all off, they had Born Ruffians and The Elwins on their bill! 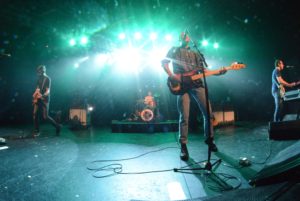 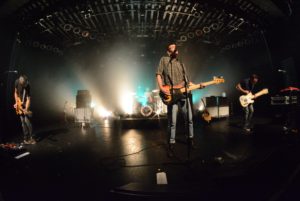 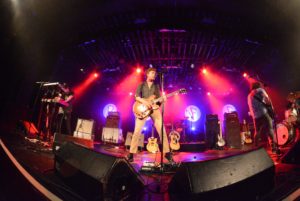 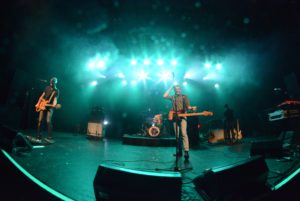 Can’t wait until next time 🙂