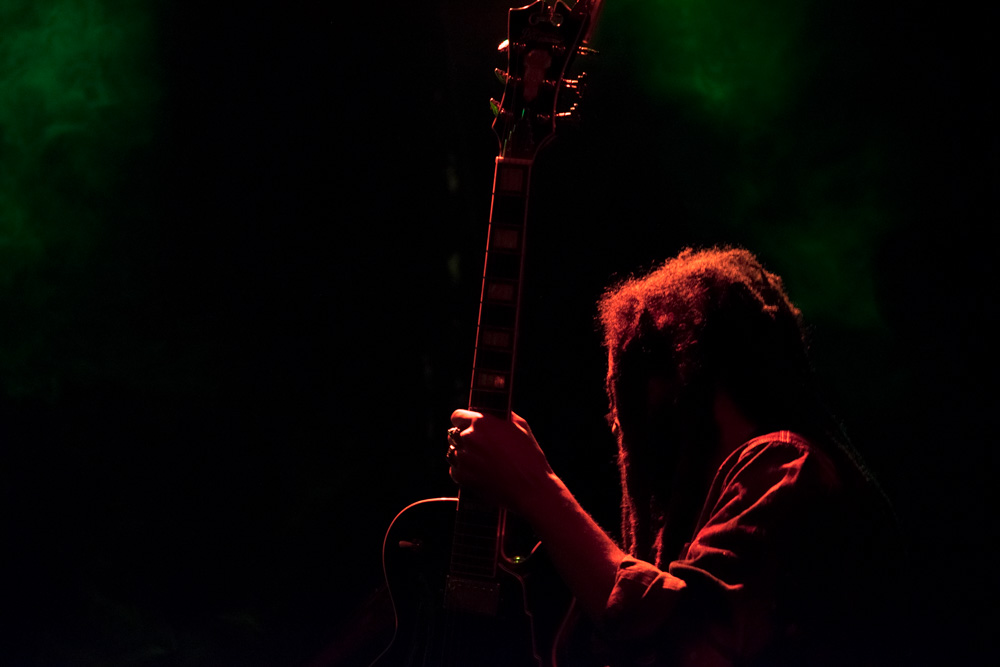 The Wailers…if you haven’t heard of them, well, it’s time for you to do some research. It may take you weeks to catch up on their history, but it will be weeks well spent.

We were very excited to cover our first show in Toronto, and we couldn’t have asked for a better kick off show! 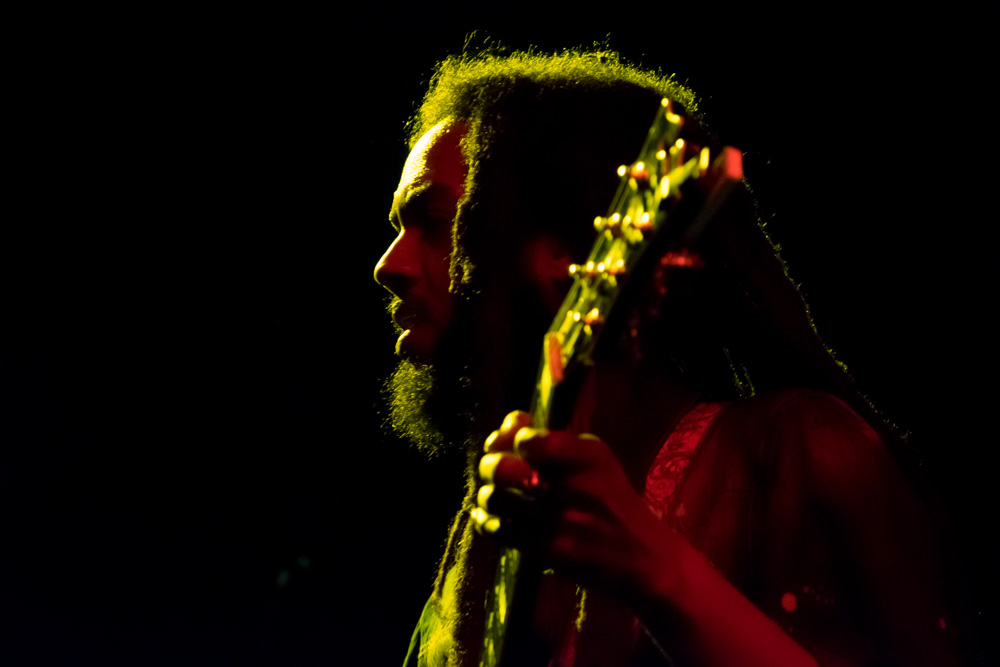 The night started off with the communion of a thousand little birds arriving to the Phoenix Concert Theatre, ready to enjoy and share the energy of The Wailers.

Junior Marvin (lead guitar), Donald Kinsey (lead guitar), and Aston “Family Man” Barrett (bass) were still rocking the stage like it was 1979. What an honour to catch these 60+ year olds in action, as well as the rest of the band. The whole package really made a memorable night for the 1000+ concert-goers that night. 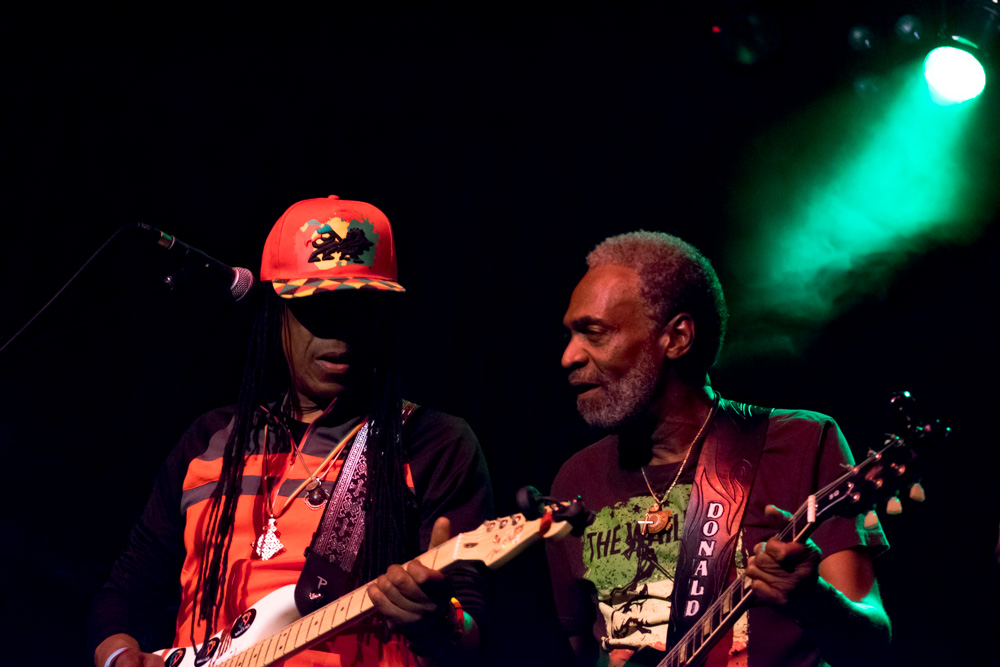 The sing-alongs were strong this night as we sang to forget about a hard day’s work with some tunes like Is this Love, Three Little Birds, One Love, and Buffalo Soldier. There were moments of pure happiness, where we were oblivious to anything else in the world, bliss. Musicians and the audience united in rhythm to become one heart. 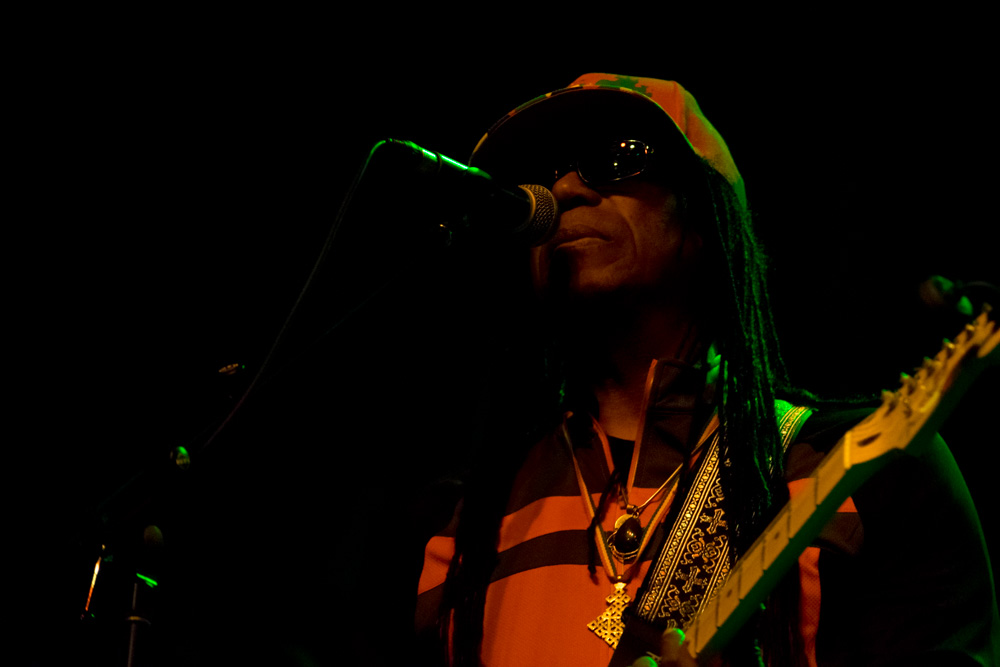 Tears, Beers, Smiles, Screams, it was an emotional and unforgettable night. 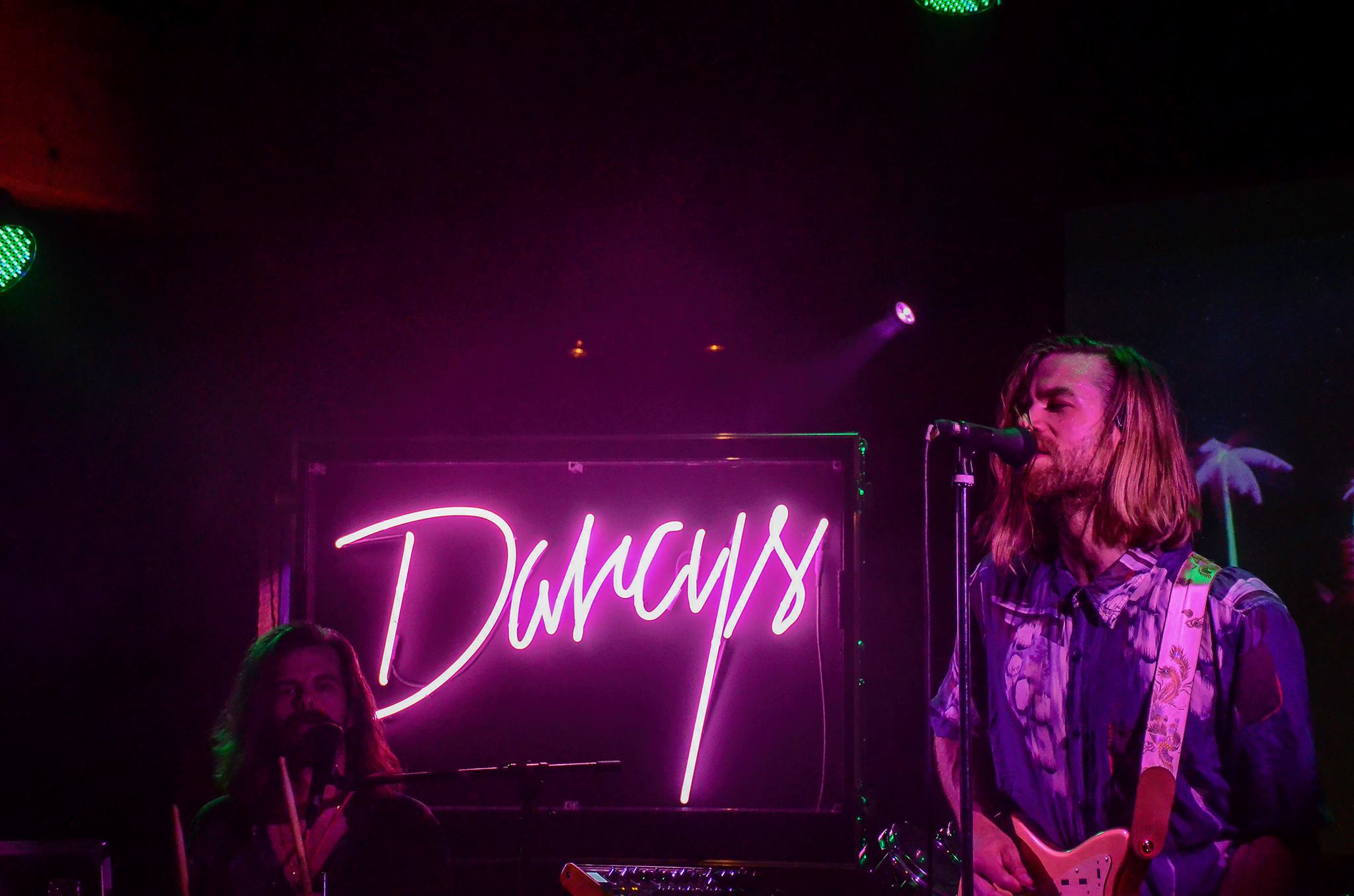 If you’re trying to get me interested off the bat, turns out 80’s Las Vegas neon lights and a well groomed mustache will do the trick. First impressions are real, people, and this one had my eyes watering.

Where I would normally find such a boisterous backdrop confusing, I can’t actually remember if the palm tree kept flashing once lead singer Jason Couse stepped out and began the performance with “Studio City.” What could have been an overpowering stage was quickly rationalized when The Darcys stepped onto it. 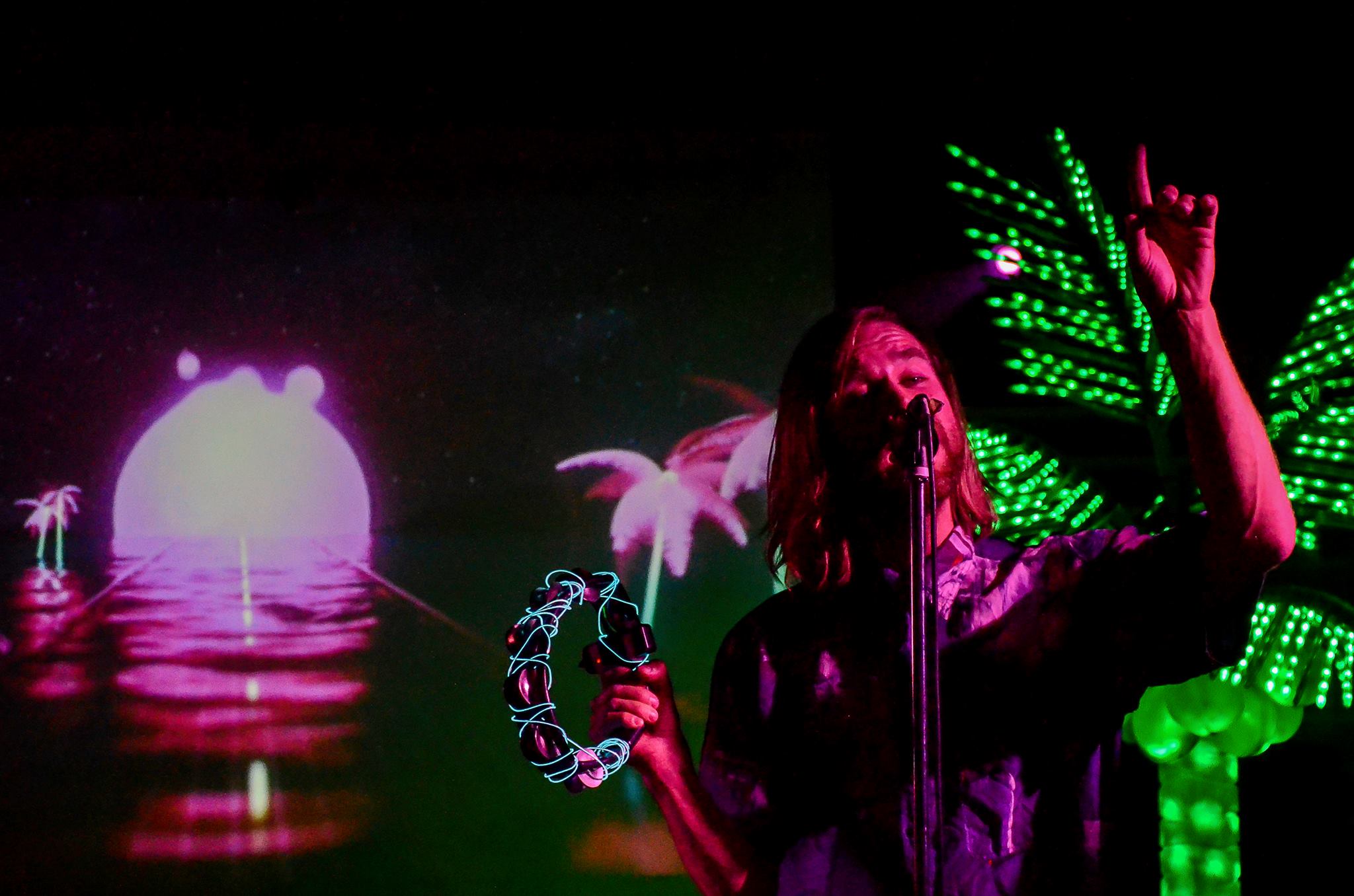 Couse’s immersion in the beat combined with Wes Marskell smiling like a kid on Christmas got me on the bandwagon quick. Seemingly able to do it all, they interchanged between guitars, drums, and keyboard. Even a glow in the dark tambourine made a guest appearance. All this while boogieing around the stage, making eyes at each other, jostling plants out of the way, gliding from one hit to the next – the whole time holding us in their Hawaiian wonderland.

Their sound is original to the point that it’s instantly recognizable, but not so much that (like so many artists these days) it felt played out. I didn’t realize how amped up I was getting with each successive song – during the bridge of “Black Diamonds” I had to remind myself to glance around, checking on the crowd to make sure I wasn’t the only one bopping around ridiculously to their techno rock jams.

The Darcys have an apparent comfort on stage. It made me wonder whether this came from their 10 years honing their sound together, or just from their undeniable bromance. Either way, these two could sell their palm tree clad shtick to anyone watching them do their thing. 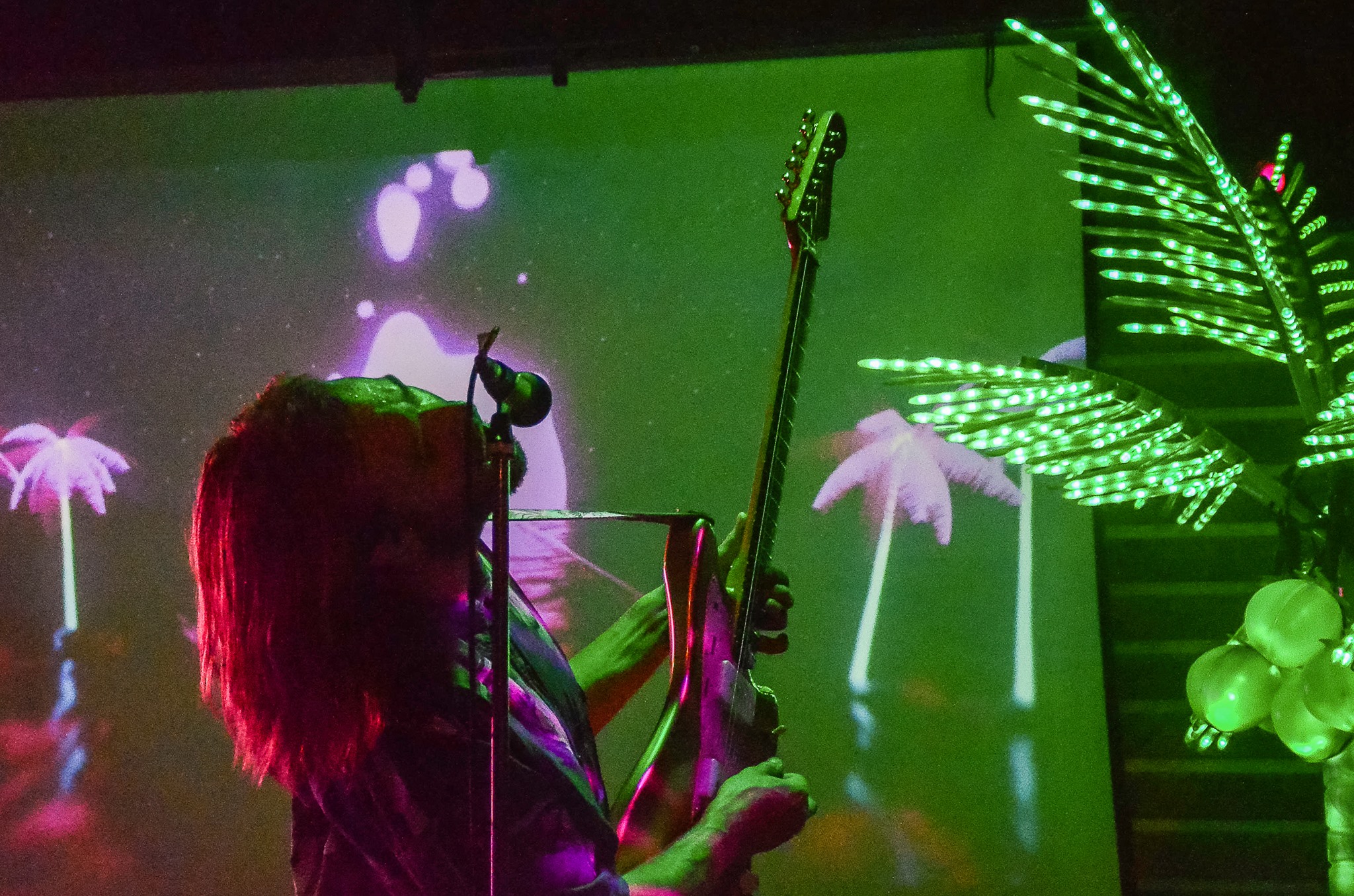 The show’s icing on the cake was served in the form of two covers (as if their original set wasn’t good enough). Giving the all-knowing crowd exactly what they were hollering for, we got a fitting Prince-gone-Darcys rendition of “Kiss.” Then, to sum up the night, came Foreigner’s “I Wanna Know What Love Is,” which felt like their perfect goodbye. As the crowd joined in with Couse, it suddenly felt like we were a drunken mob swaying with our arms around each other, singing a throw back tune. Then, as all the background beats fell away, leaving only Couse and his guitar, my final feeling was of being serenaded by the coolest guy in at my school. 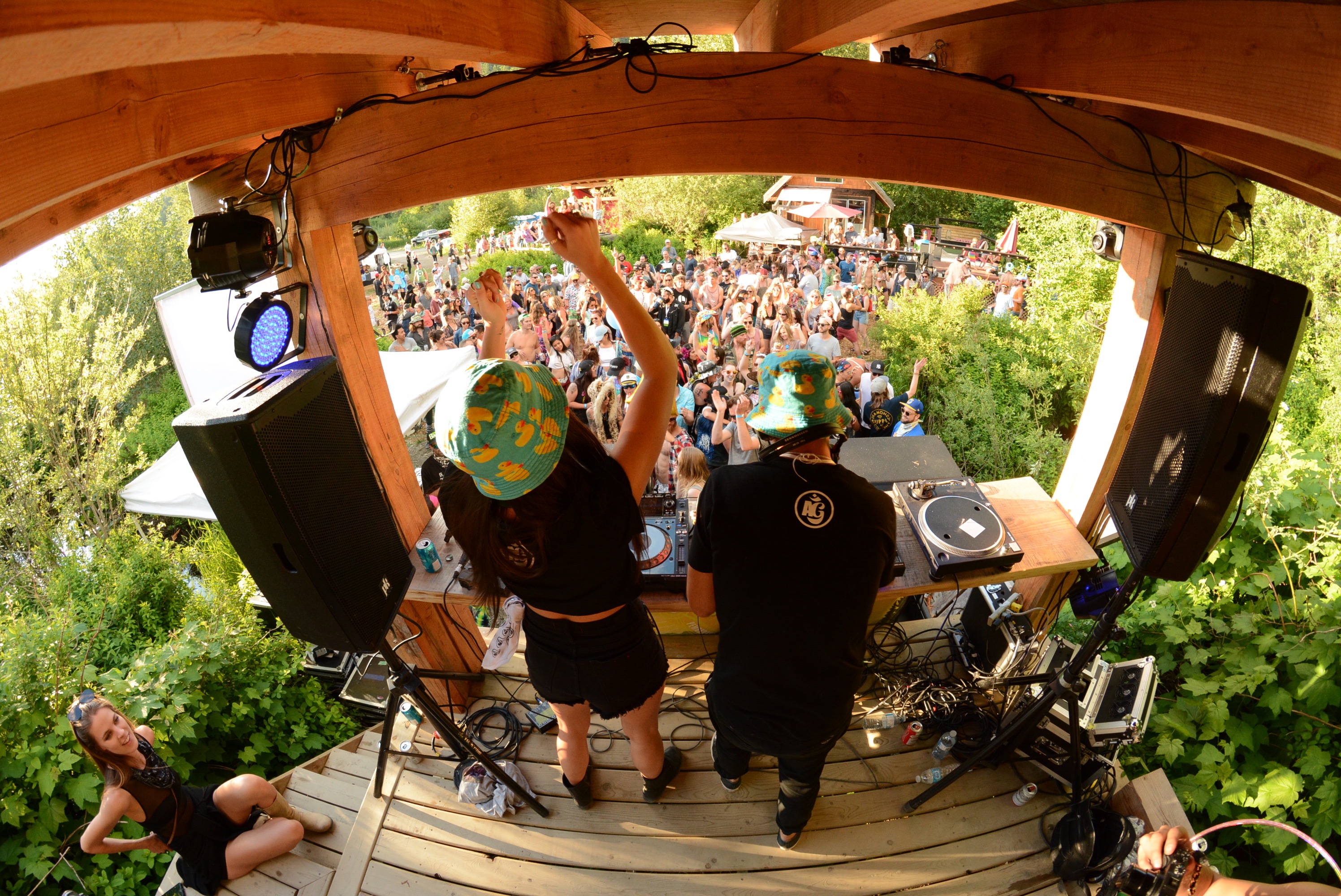 Nestled in the heart of Pemberton, on a farm at the base of Mount Currie, Rise and Shine Festival kicked off the summer season with a bang.

Not only did this one-day festival host some amazing local artists (Funk Hunters, SkiiTour, Average-Gypsy + many more) but it was also a great way to get over the recently cancelled Pemberton Fest (pour one out, RIP), which was set to happen across the road! To top it all off, all proceeds went to The Rise and Shine Foundation. We partied for a cause, so our hangovers were well worth it.

Admittedly, by the time we were #blessed by the presence of The Funk Hunters at 11pm, things were a bit blurry… Hydrating yourself with beer in 30-degree weather can do this to a man, but hey, these are signs of having a blast!