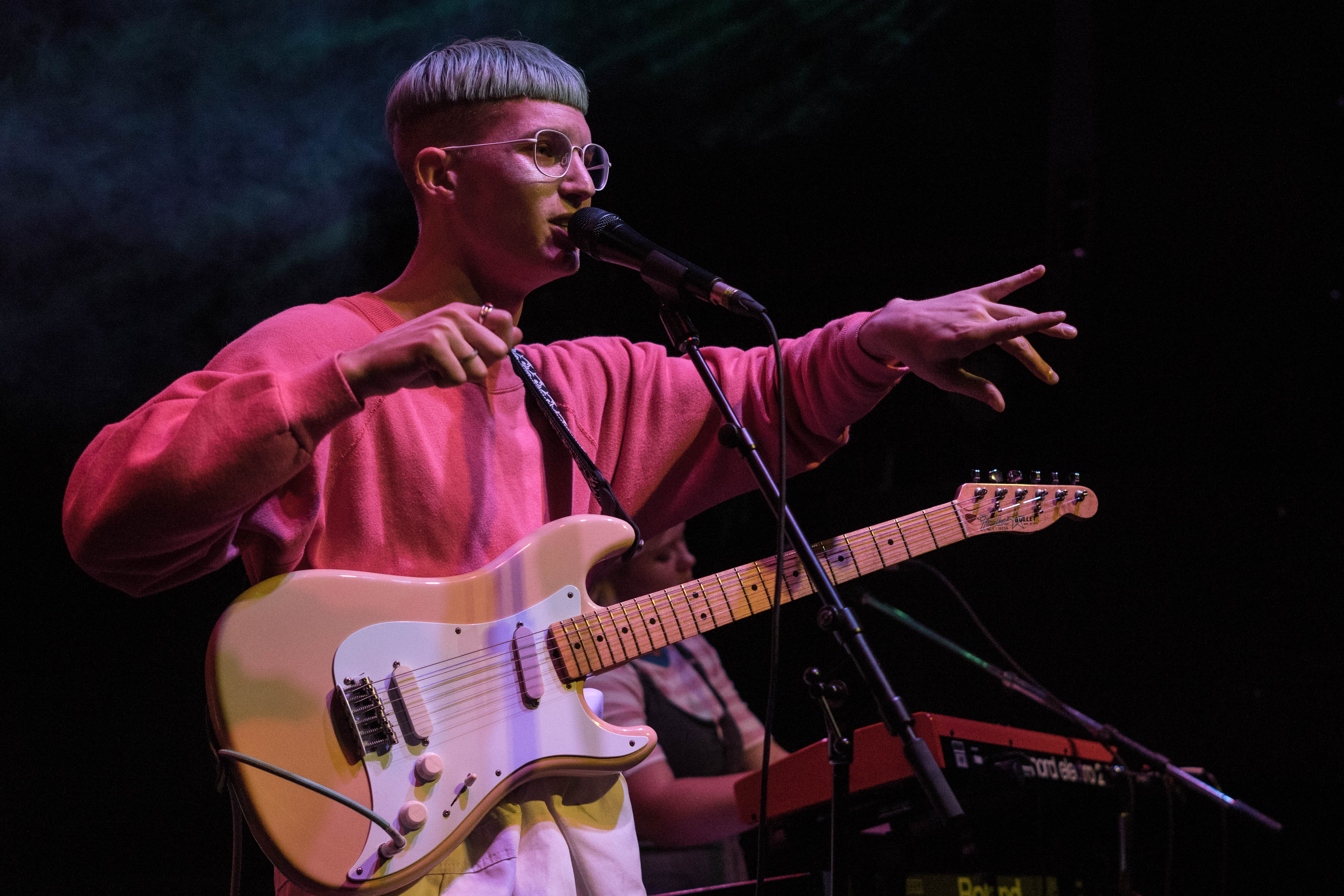 The Fox Cabaret was set to host Gus Dapperton, Up and coming Groove Rocker from Warwick, New York. Gus reached e-fame, as so many young talented artists are doing, from his devastatingly catchy singles “Moodna, Once With Grace”, and “I’m Just Snacking” from his first EP release of the latter’s name. Self-produced and sultry, Gus is also known for his fashionably hip donning of the bowlcut, dyed green with an ambitiously elevated hairline, as well has his crisp perfect generation-Z stylishness.

The Fox is a venue which sets the mood for many, as the name suggests, cabaret-ish acts, with high ceilings, a jutting stage and disco ball strung from the ceiling. It really is the perfect place to host the show, with Gus’ nostalgic-yet-modern take on sexy groove rock. 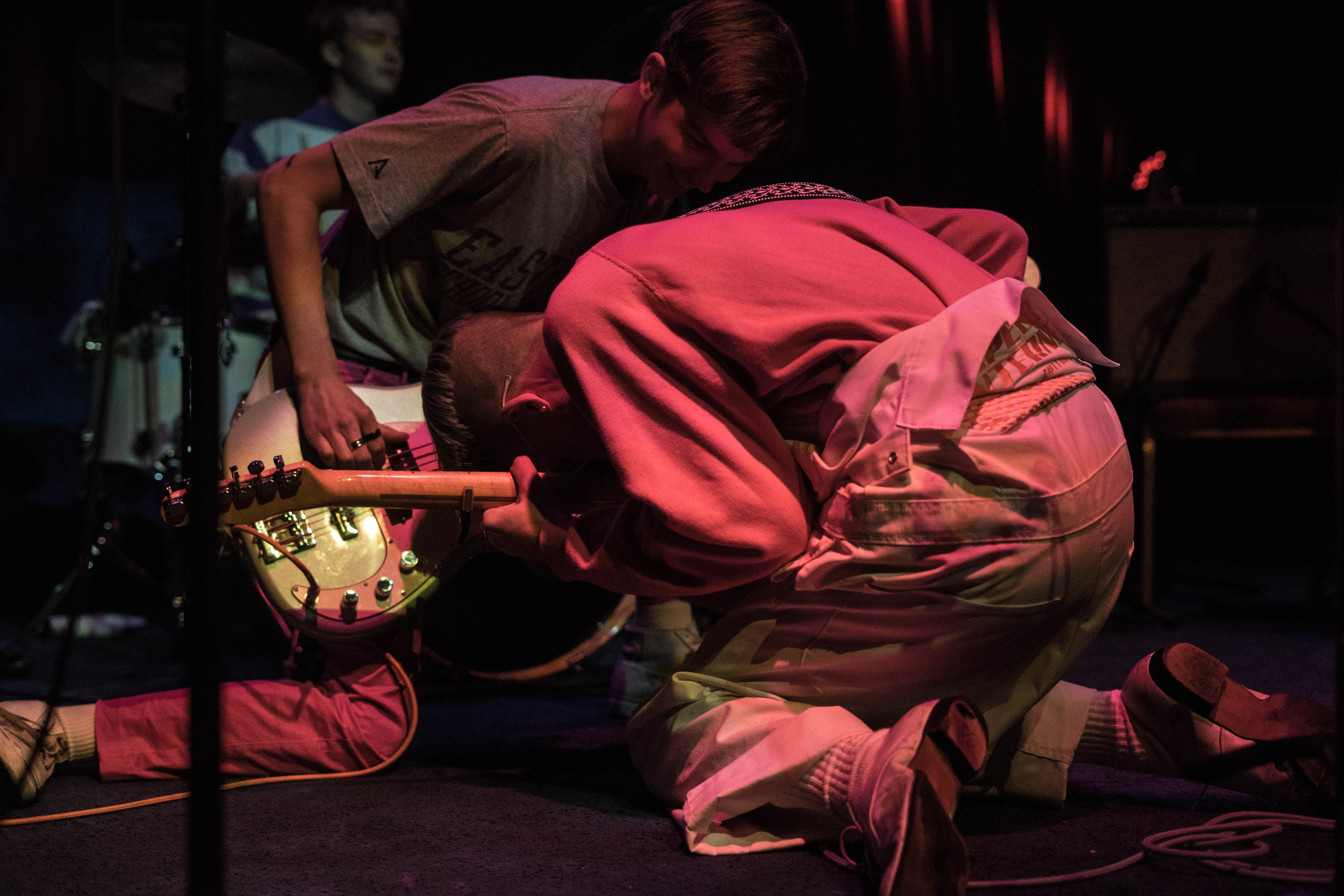 Gus bounces on stage and begins by introducing his bandmates, including his sister playing the keyboard, all of whom he proclaims are six foot five inches tall when they aren’t. Thus, a fun air of whimsicality introduces the set which Gus continues in between and throughout. The crowd’s excitement is palpable.

It’s all just so damn sexy. Gus’s dance moves are just as vivid as in his edited music videos, and he is just so terribly nice at his banter in between songs. The whole Vancouver crowd is swaying along, which is saying a lot for the city which usually has a hard time with something as simple and easy and beautiful as dancing. 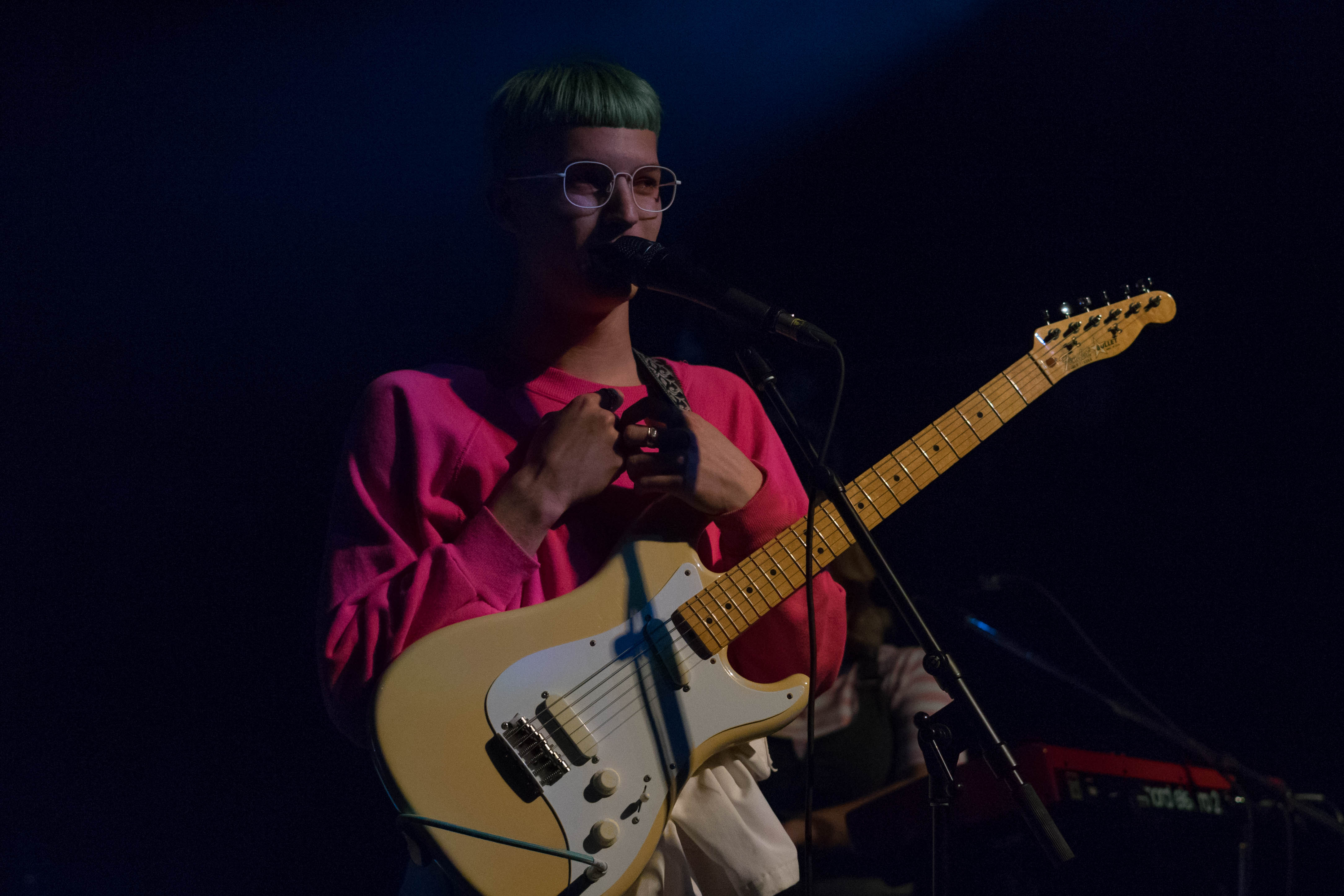 It really felt like he was enjoying the enjoyment of those in witness, a performative selflessness; or rather, that as much as Gus was performing for the audience, too was the attention of the audience a performance for him. It was a symbiotic show like that. He was there to please us, and we were there to please him. It is something that perhaps, in Gus’ younger generation is a lot stronger- the urge to been seen, noticed, a craving for attention. Though the era of social media and connectedness is exactly the thing that helps people like Gus achieve their status, it is through that same demon that one can get lost in self-consciousness and image and persona.

With Gus there is a trifecta of performance- the music, the aesthetic, and the show. None is missing and that is why he will continue to succeed.

The show comes to a close with an encore of Twist and Shout by the Beatles (my personal favourite Beatles’ song, and, let’s face it, probably Gus’ as well.) 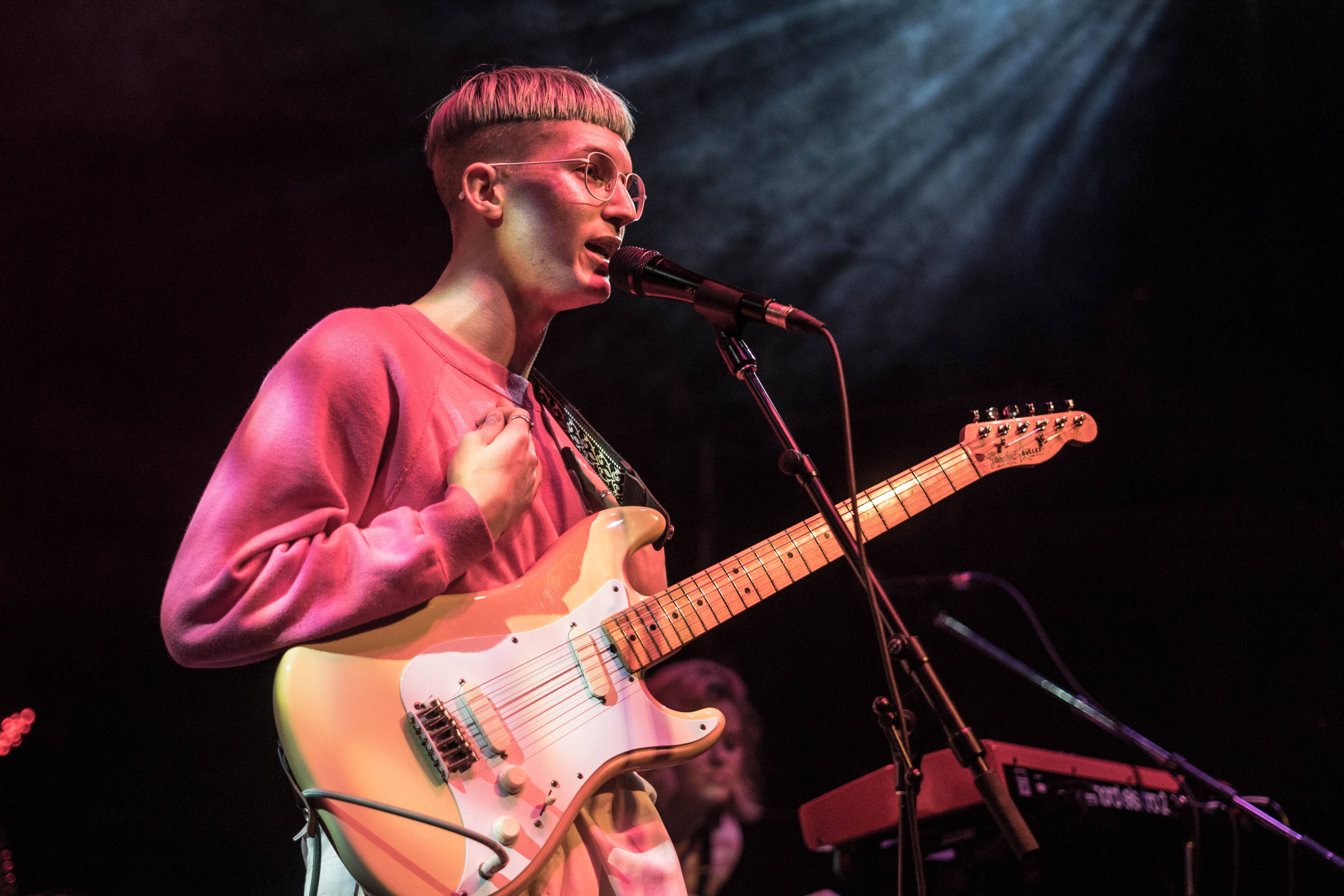 The disco ball winks as I dance out the door.

The Biltmore cabaret was set to show the acts of Pinky Pinky, garage-rock come-ups from L.A., on tour with the ubiquitous Strokes’ guitarist Albert Hammond Jr, a tour celebrating the release of his latest solo-work project, Francis Trouble.

Not knowing but except the vague sounds to be heard from going to a “rock concert”, and being a diehard early Strokes fan, I am fairly prepared for any sort of guitar-lead acts awaiting m’ears. 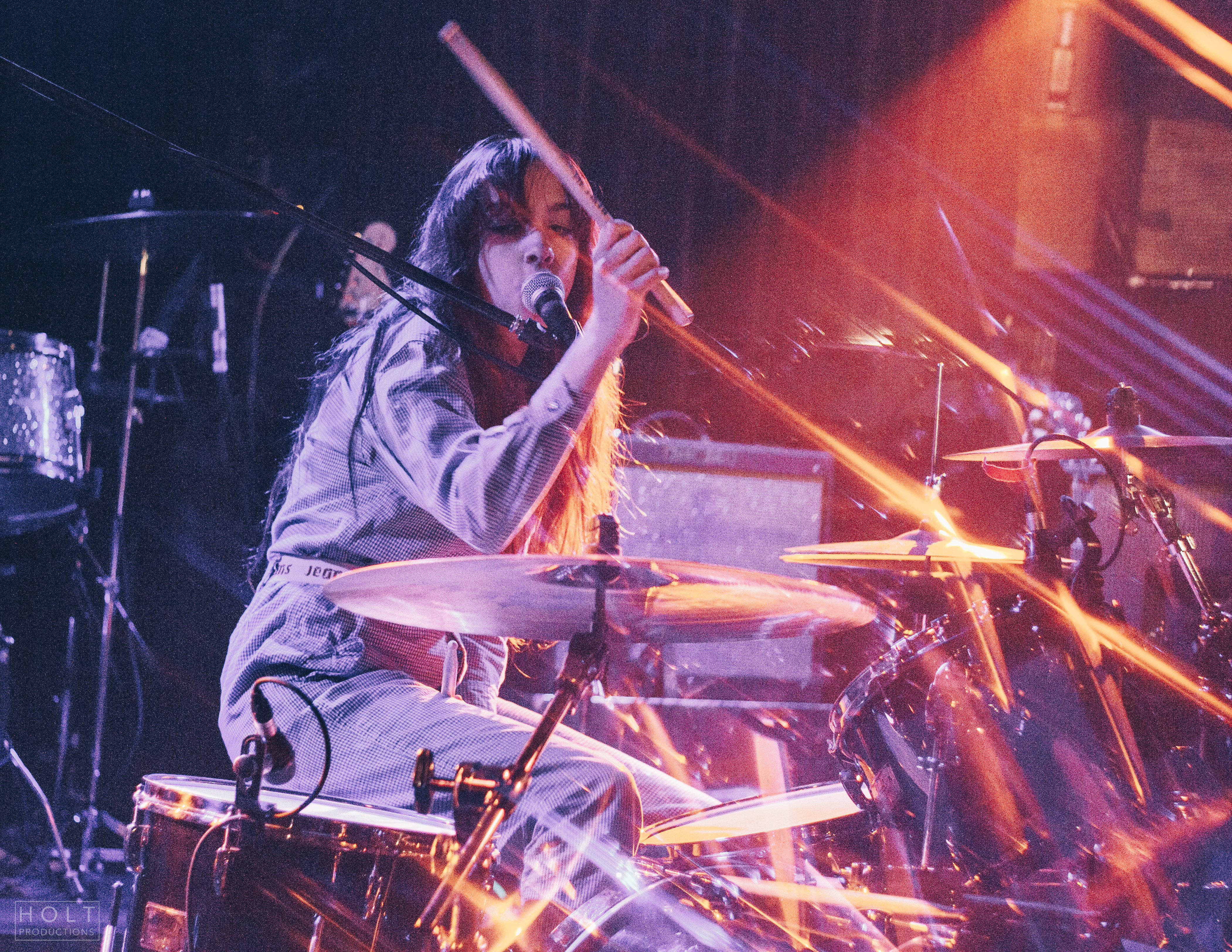 Pinky Pinky is a trio playing as I walked in with wicked talent, as I deem any band with a drummer/lead singer combination. Funny enough, the only other drum/singer I have seen played on the very same stage years ago (Whitney). 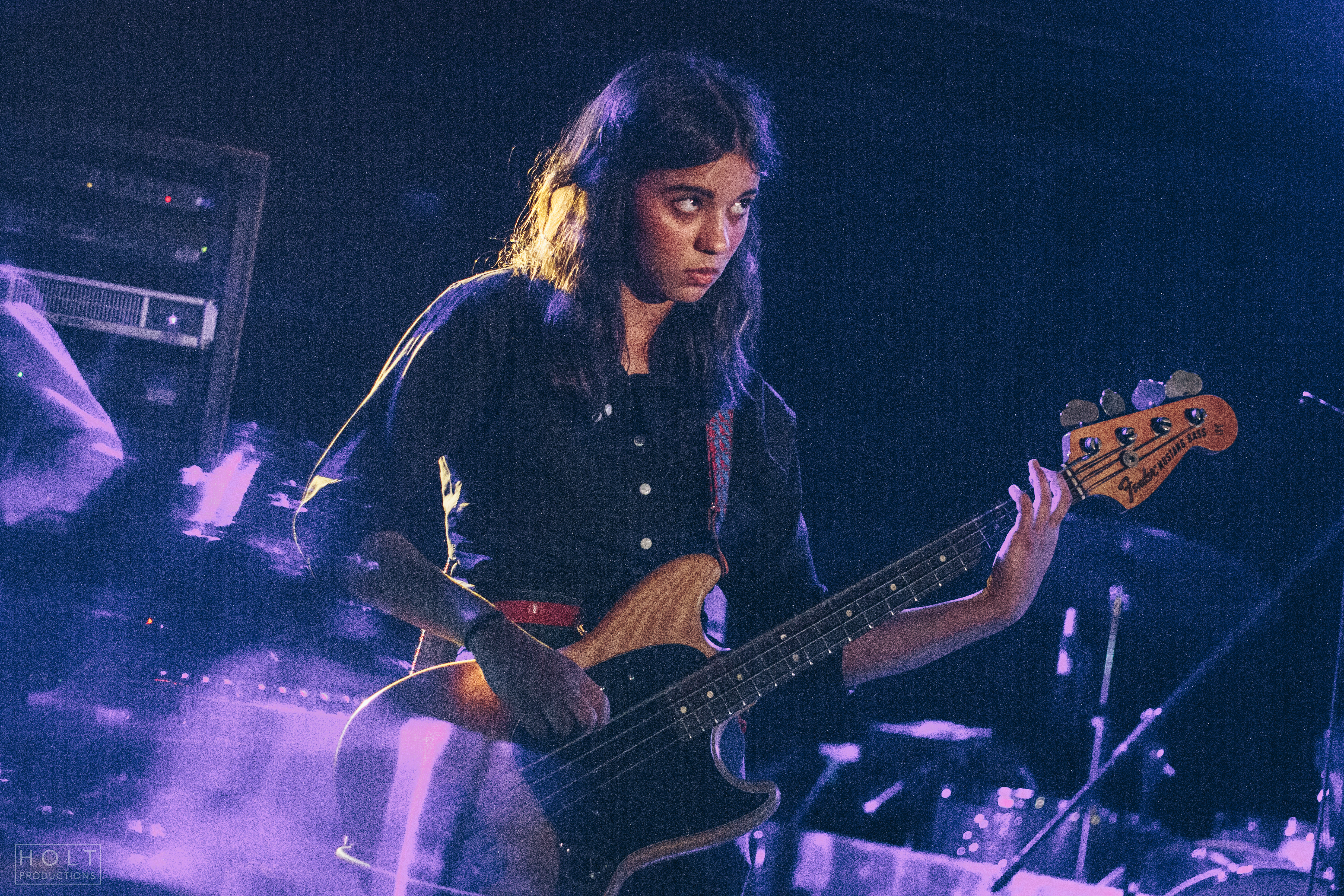 Noticeable are the roles of each instrument. Pinky Pinky is a band with three lead musicians, with them all sharing an equal part of the sound: bassist with powerful complex lines, drum/singer with the beat n’ super haunting vocals, and guitarist with sharp progressions. I figured this is how a garage-rock Angel Olsen would sound- a wicked preface for a main act sure to please. 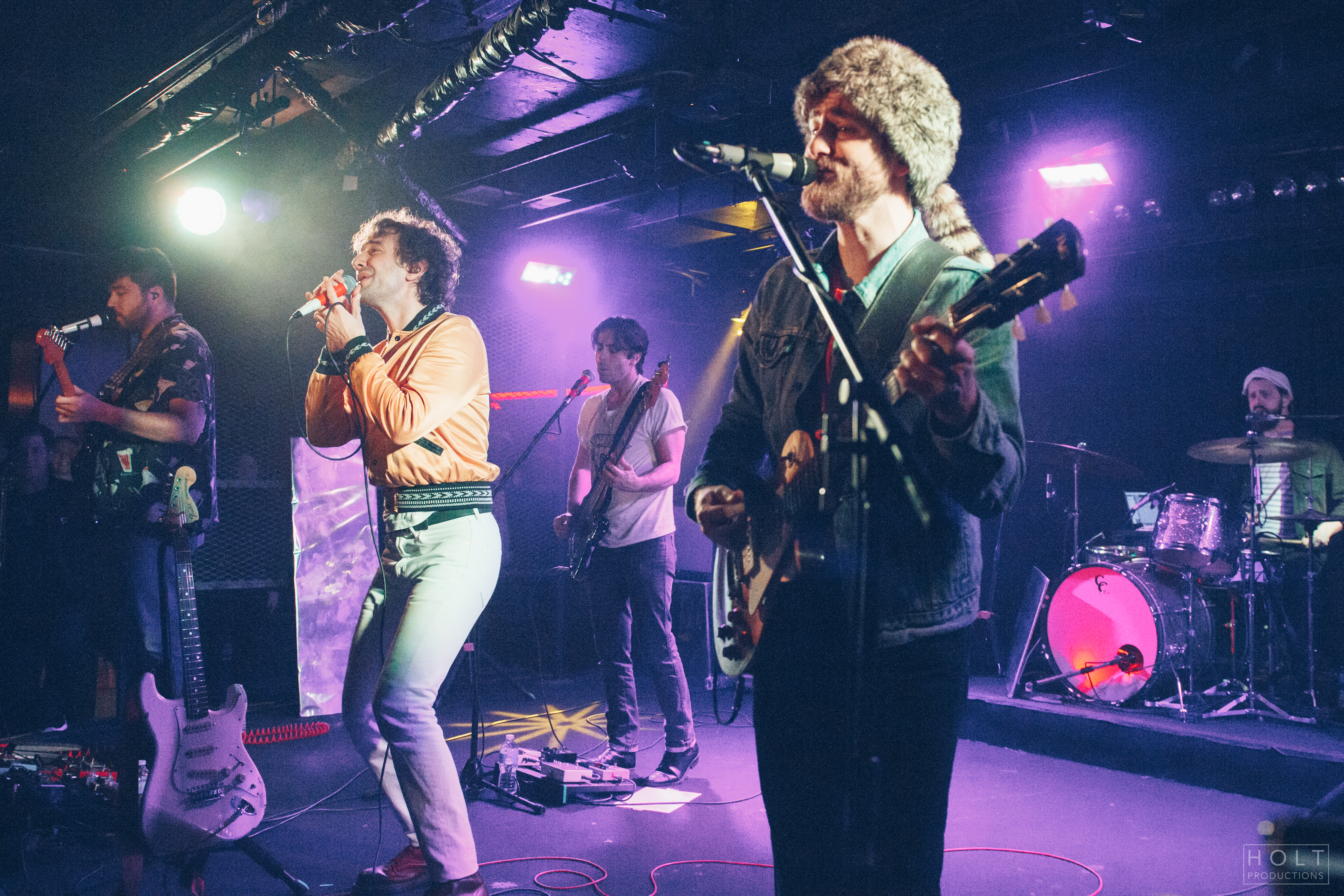 There is a perfor-motive to every show. I am sure Albert knows that Strokes fans will flock to see him no matter what he sounds like. They have come to watch him sing pop indie-rock, with albeit his own original vocal cadence, It is what The Strokes would be without Julian Casablancas, and if there were simply a shuffling of musician hierarchy.

It is not bad music by any means, it is just not wholly original, which is what you’d expect. He isn’t known for his sound, but for the sound he is a part of, that he helped create.

Throughout the show, Albert is interacting with everything. At one point he pulls down the projector screen in a childesque wonder kind of way. He’s chatting away and has good banter in between songs. He is a veteran after all. 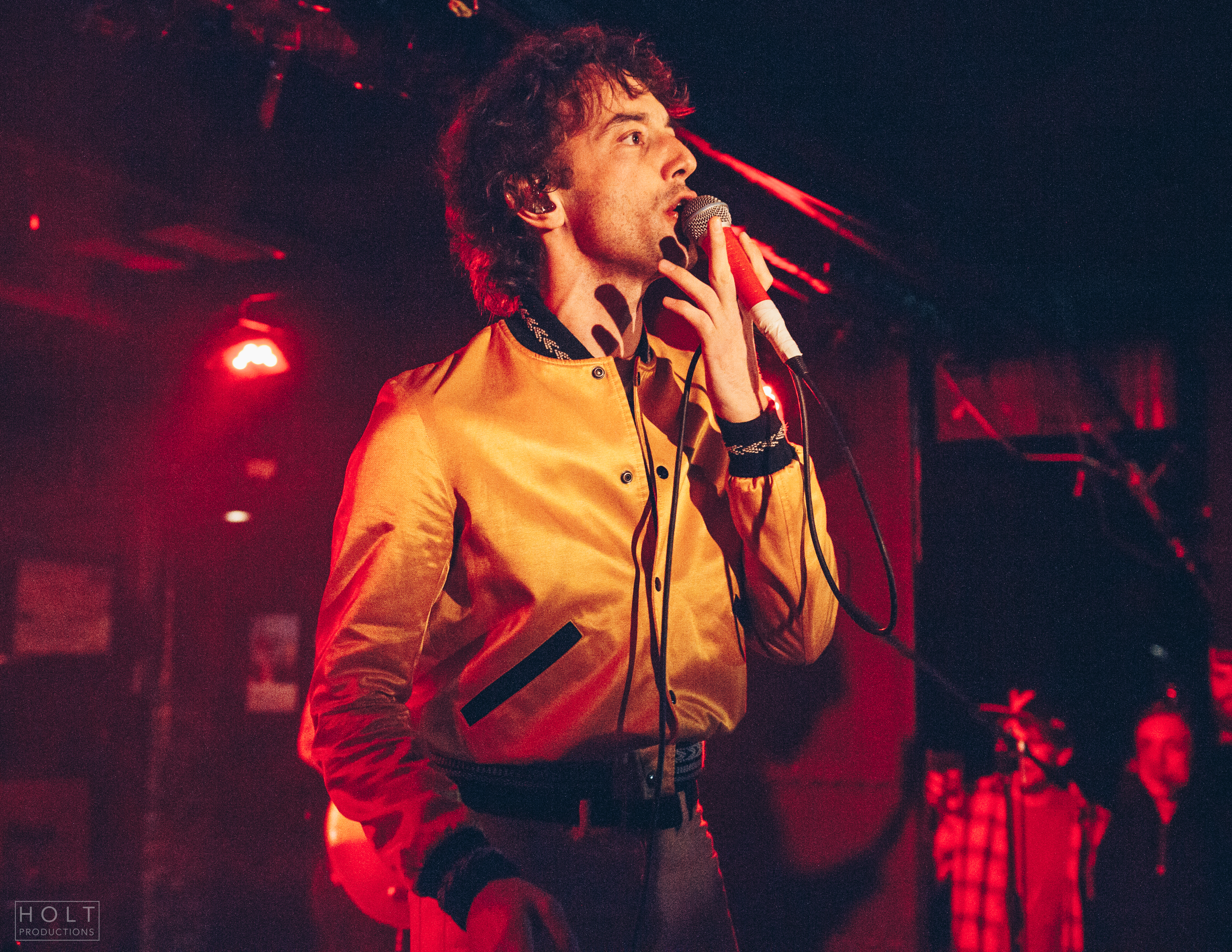