November 3rd, the Biltmore Cabaret had the pleasure of turning the noise levels up to the Master Volume for the first time with Ontario rockers, The Dirty Nil. Hot off the press, the new album delivers uncompromising energy, huge riffs, and sing-along choruses that were clearly designed for a live setting.

The first songs I caught by opening act, Eamon McGrath, were rooted in folk and country rock. All smooth lap guitars and gravelly crooning, hometowns and heartbreak. The performance took an unexpected turn with a feedback-laden noise section. This led into intriguing heavier cuts that explored more unusual sonic textures and intricate instrumentation. 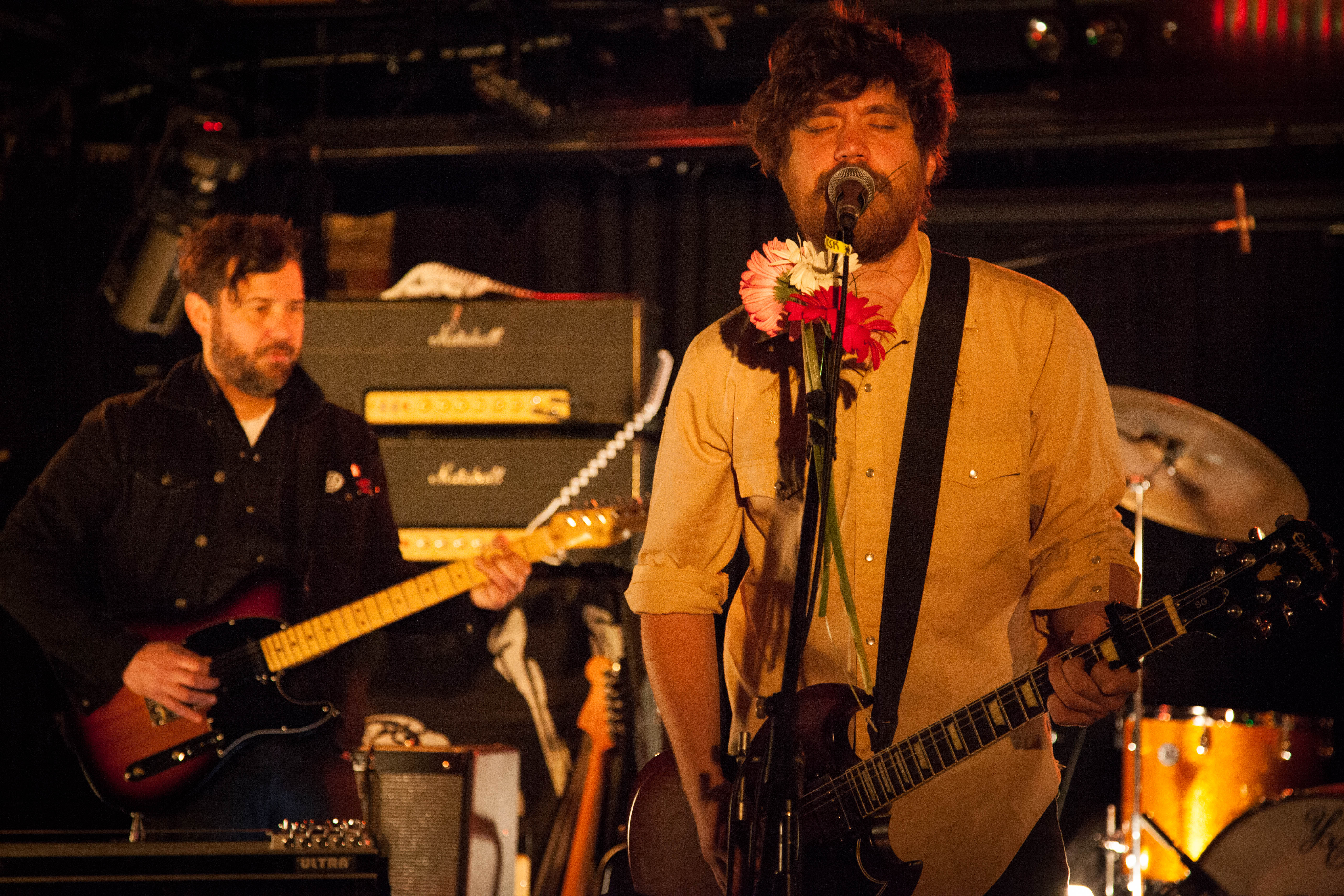 McGrath ended his set with a fast rock ‘n’ roll number that contrasted the heartfelt, melancholic tracks. Although the country vibe wasn’t to my personal taste, tracks like “Cold Alberta Nights” got two thumbs up and a Spotify ‘Save’ from my Albertan roommate.

The crowd was fairly sparse for the beginning of Dead Soft, which was a damn shame, because first tune, “Phase,” is a total banger. The band blend some of the best 90s and 00s alternative rock sounds to create a delicious smoothie of melodic, grunge-tinged pop-punk. The result is reminiscent of Weezer and Canadian heroes, Pure, with a touch of Archers of Loaf during their more intimate moments.

Set highlights included the gloomy, “I’m Afraid,” and head-banging, “Bones” from 2018 EP New Emotion, as well as the staccato rager, “Death is at My Door” from the self-titled album. 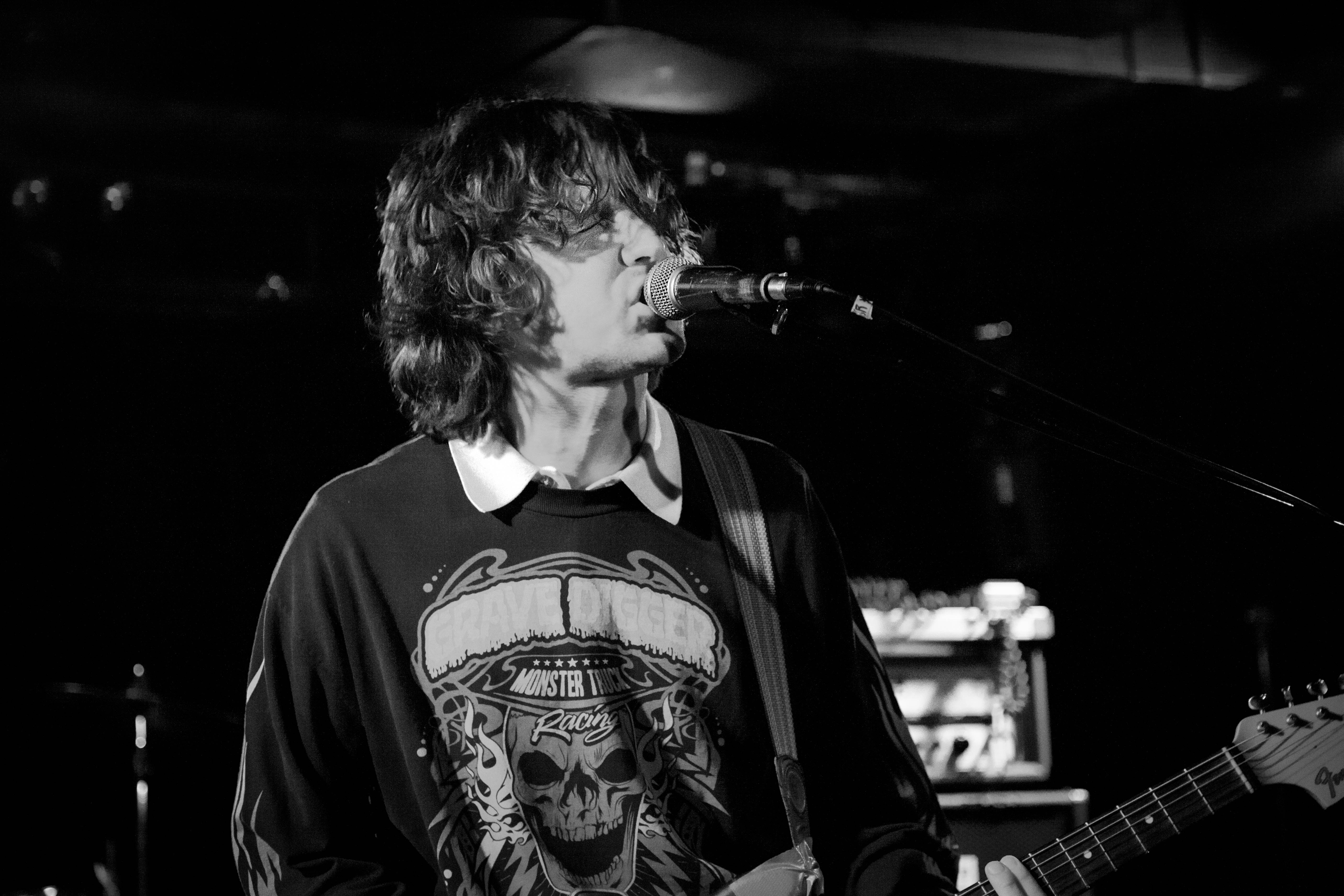 While lead singer, Nathaniel Epp’s, softer vocals were occasionally lost in the mix, the clean melodies really cut through when backed-up harmonies from guitarist Kyle Schick and bass player Keeley Rochon. And he sounded punishing when pushing his vocal cords raw.

The Dirty Nil bounded onstage to Darude’s club anthem, “Sandstorm”. This may seem like an odd choice for a punk rock show, but it perfectly encapsulated the good-natured fun and excess of their live performance. 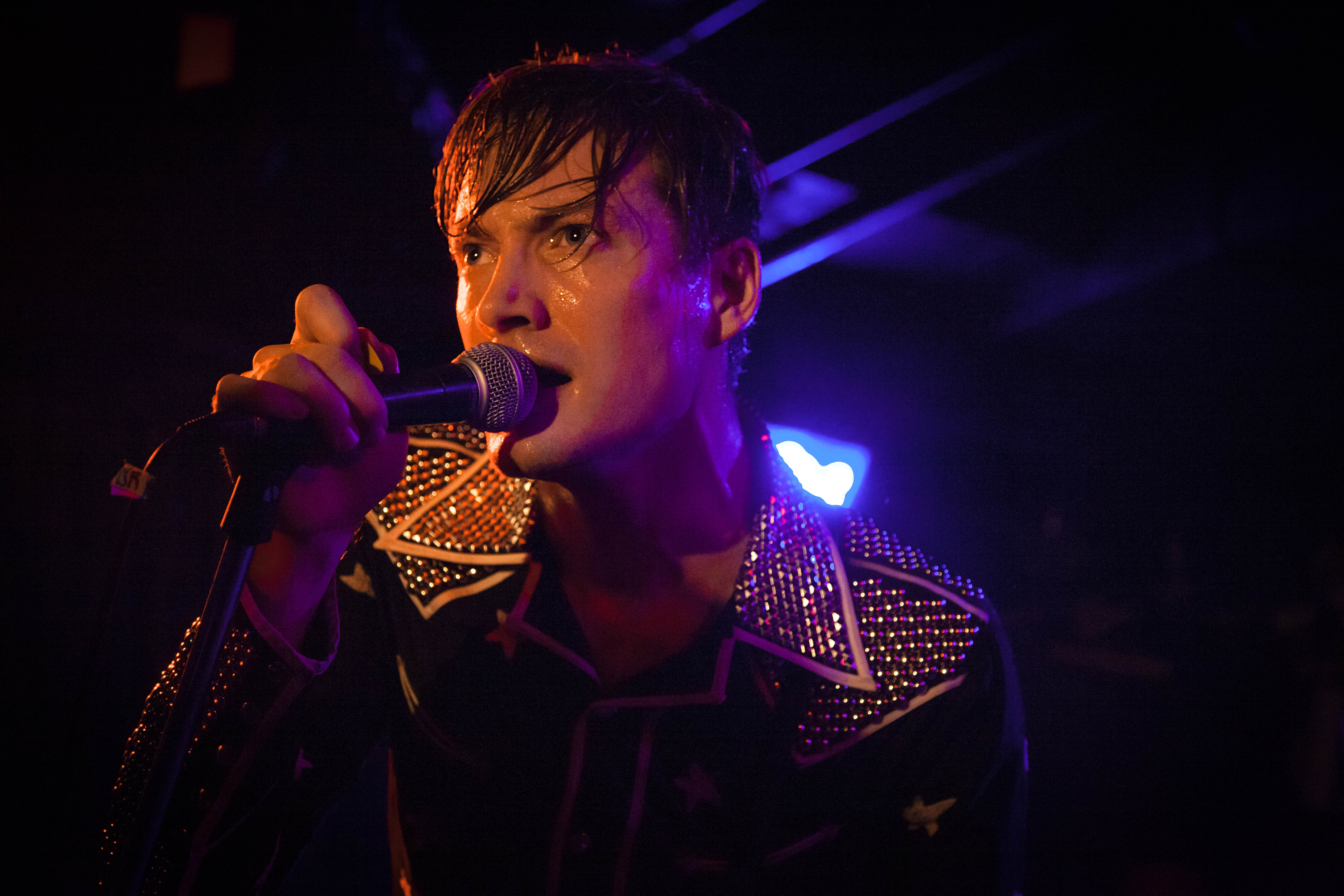 The crowd began singing at the beginning of the set for “That’s What Heaven Feels Like,” and continued right the way through “Bathed In Light” and “Pain Of Infinity”. The fact so many audience members knew all the words to the three tracks that introduce Master Volume is a testament to the album’s memorability. Especially when you consider that it only came out last month.

With tongues placed firmly in cheeks, The Dirty Nil embraced all the cheese and flair of classic rock. From guitarist and lead vocalist, Luke Bentham’s, star-spangled shirts and bubble gum-blowing bravado, to the floor-sprawling guitar solos, and cliché, cocky stage banter. This could come across as cringe-inducing coming from anyone else, but The Dirty Nil radiate enough charm to somehow pull it off. 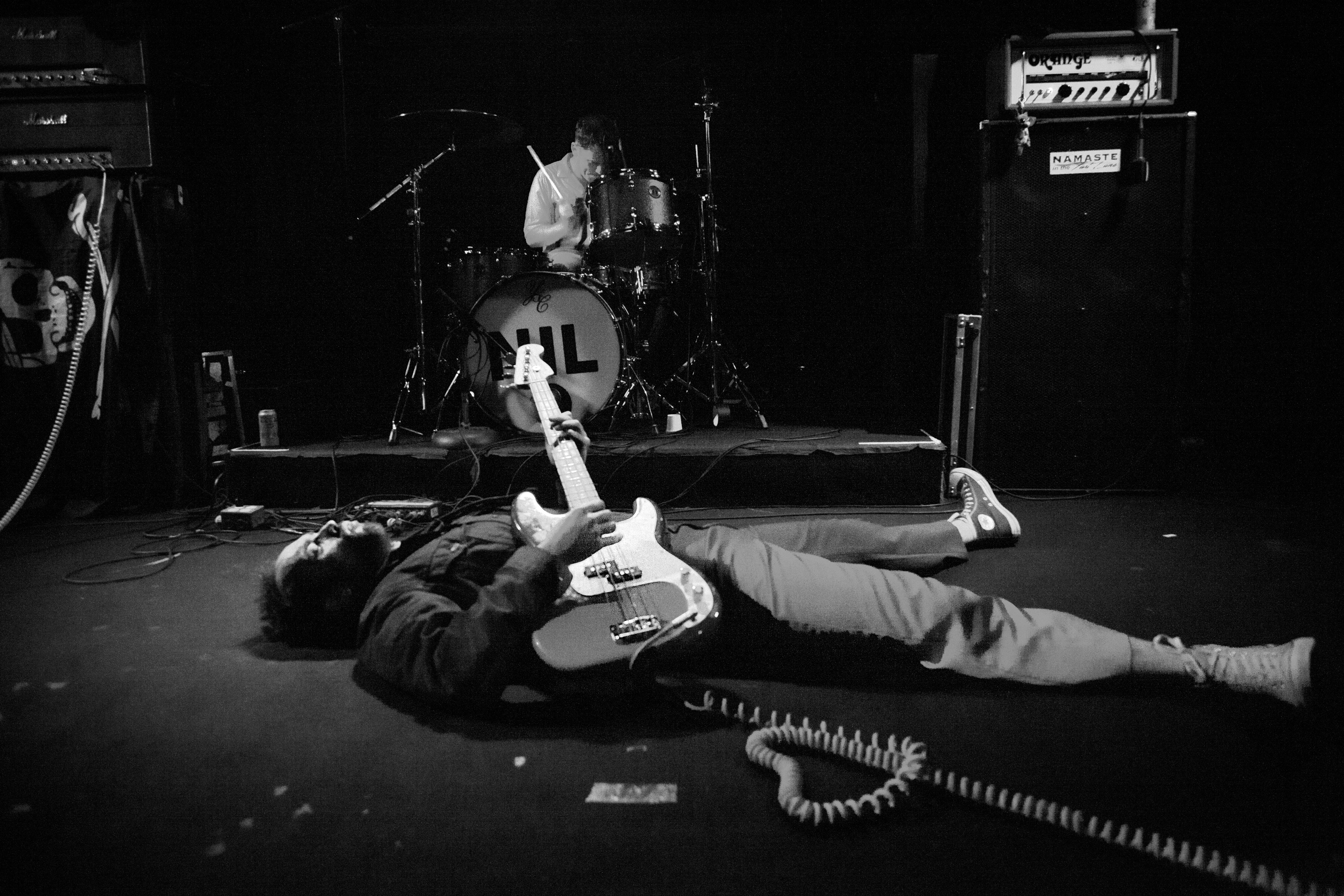 Bassist, Ross Millar, was a particularly curious presence as he karate-kicked, fist-pumped, and made outrageous bass-faces throughout the performance.

The set featured a nod to the older fans with “Cinnamon” from the demo compilation, Minimum RnB, as well as “No Weaknesses” and “Know Your Rodent” from 2016’s Higher Power. 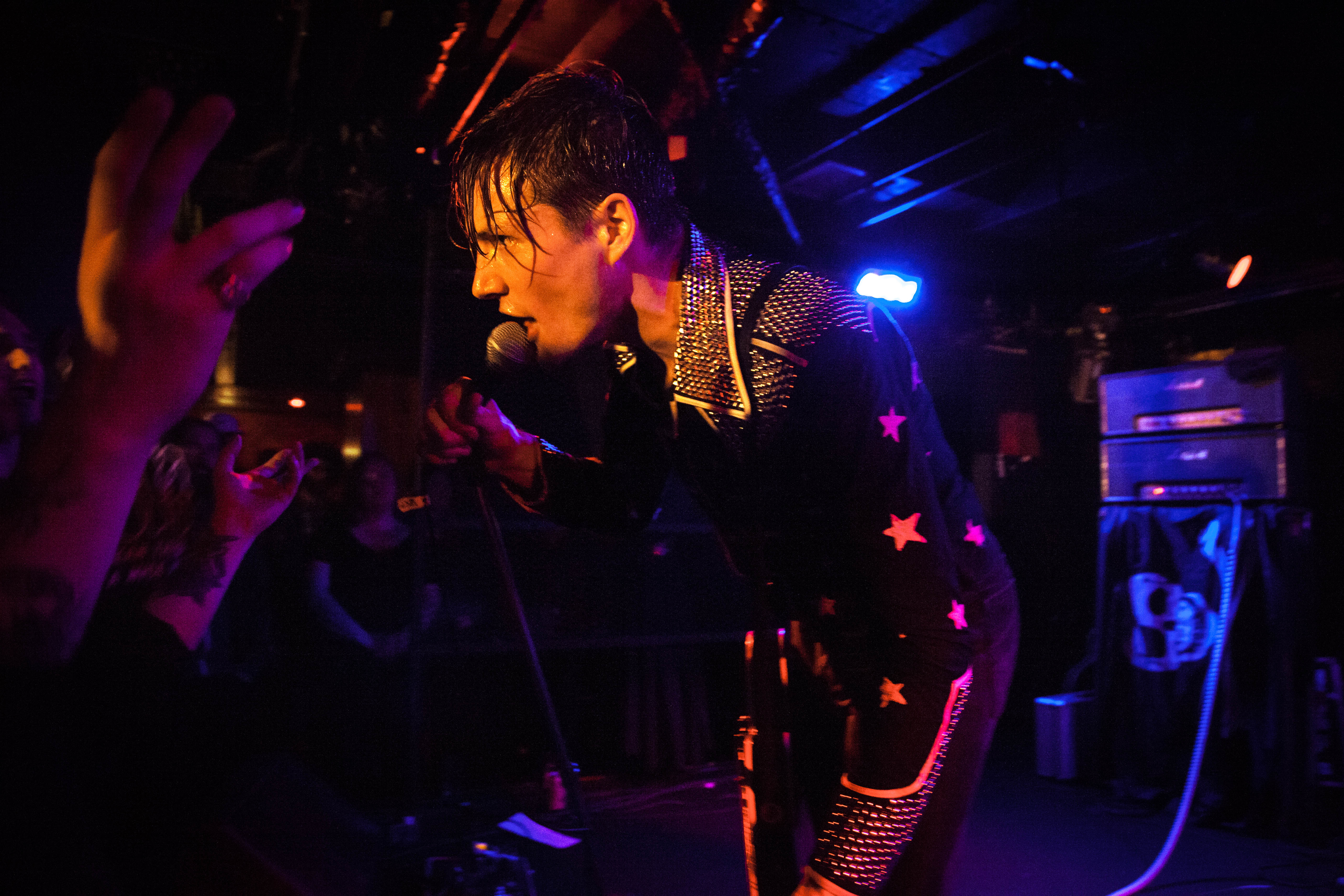 But it was Master Volume that truly stole the show. The band slowed down the pace to a waltz for “Auf Wiedersehen,” an alluring drawler that builds towards a heavy crescendo for which Bentham turned the mic to the crowd for impassioned shouts of “FUCK YOU!” during the climax. They even pulled a shredding punk cover of Metallica’s “Hit the Lights” out the bag which elicited a predictably hectic response. Of course, before the mayhem ensued, Millar took to the mic to do his best James Hetfield “YEAH” impression.

The Dirty Nil seem destined for bigger things and larger stages. And while these accolades are probably well-deserved, the promise of success is almost bitter-sweet when their sweat-box performances feel this good.