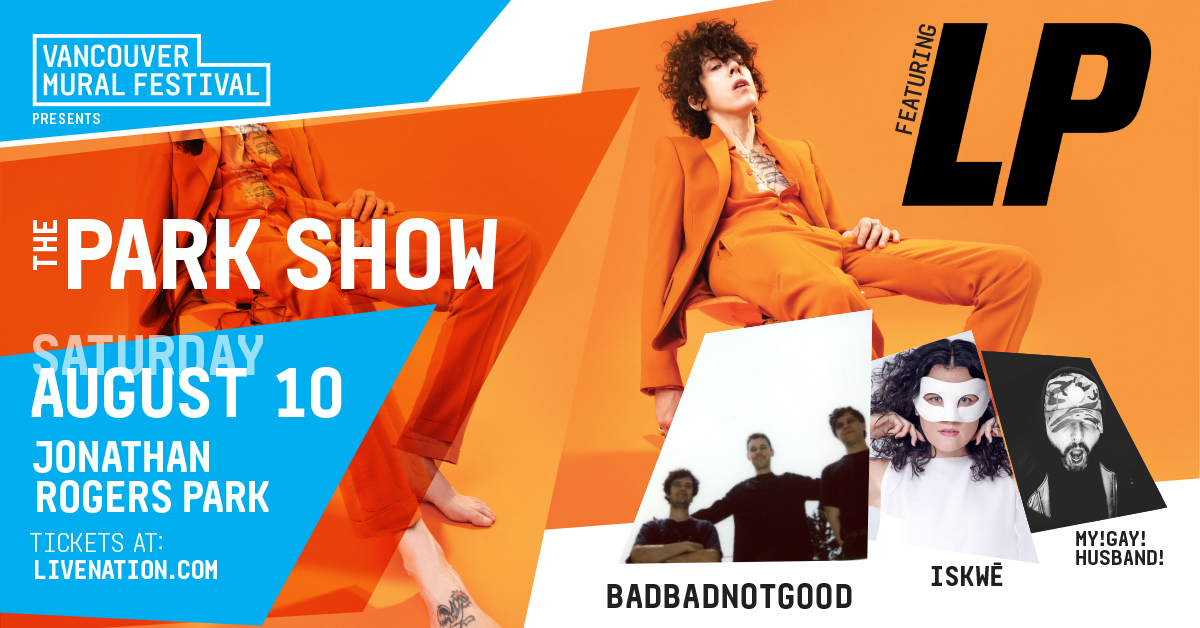 Vancouver Mural Festival is currently in full force for 10 days of art and music. As the festival comes to an end, VMF and Live Nation have teamed up to bring us The Park Show this Saturday!

Laura Pergolizzi aka LP, a New York native who has been gracing the stage since the late nineties. Not only has Laura been making original music for over two decades, but she has also written songs for musicians such as Cher, Rihanna, The Backstreet Boys, Leona Lewis, and Christina Aguilera. This singer-songwriter legend will be headlining this year’s Park Show.

BADBADNOTGOOD, an instrumental group hailing from Toronto. The original three members, (Matthew Tavares, Alexander Sowinski, and Chester Hansen), met while attending the Humber College jazz program back in 2010. Ever since, they have been creating jazz music influenced with hip-hop, funk, and electronica. 2016 saw the addition of Leland Whitty on saxophone. Catch this critically acclaimed quartet this Saturday.

iskwē is a Juno Award winning Indigenous singer from Winnipeg who has been making electro-pop music for the better half of a decade. Through her songs, iskwē bridges her cultural background with some of the struggles she has faced. With two albums already released, iskwē will be performing many of her award-winning tracks for The Park Show this weekend.

Jason Sulyma aka MY!GAY!HUSBAND! is a legend in the Vancouver electronic music scene. He has been in the industry for 15+ years and has shared the stage with giants such as: Diplo, Andrew W.K., Metronomy, Samo Soundboy, Diamond Rings, Blood Diamonds, Teen Daze, Neon Indian, Alex of Blue Hawaii. Not only has Jason performed in many of our city’s venues, but he is also the founder of Glory Days, a weekly social event that takes place at The Biltmore every Saturday night. He’s sure to be a great start to The Park Show this Saturday!

The set times (subject to change):

Tickets are still available here – see you all on Saturday! 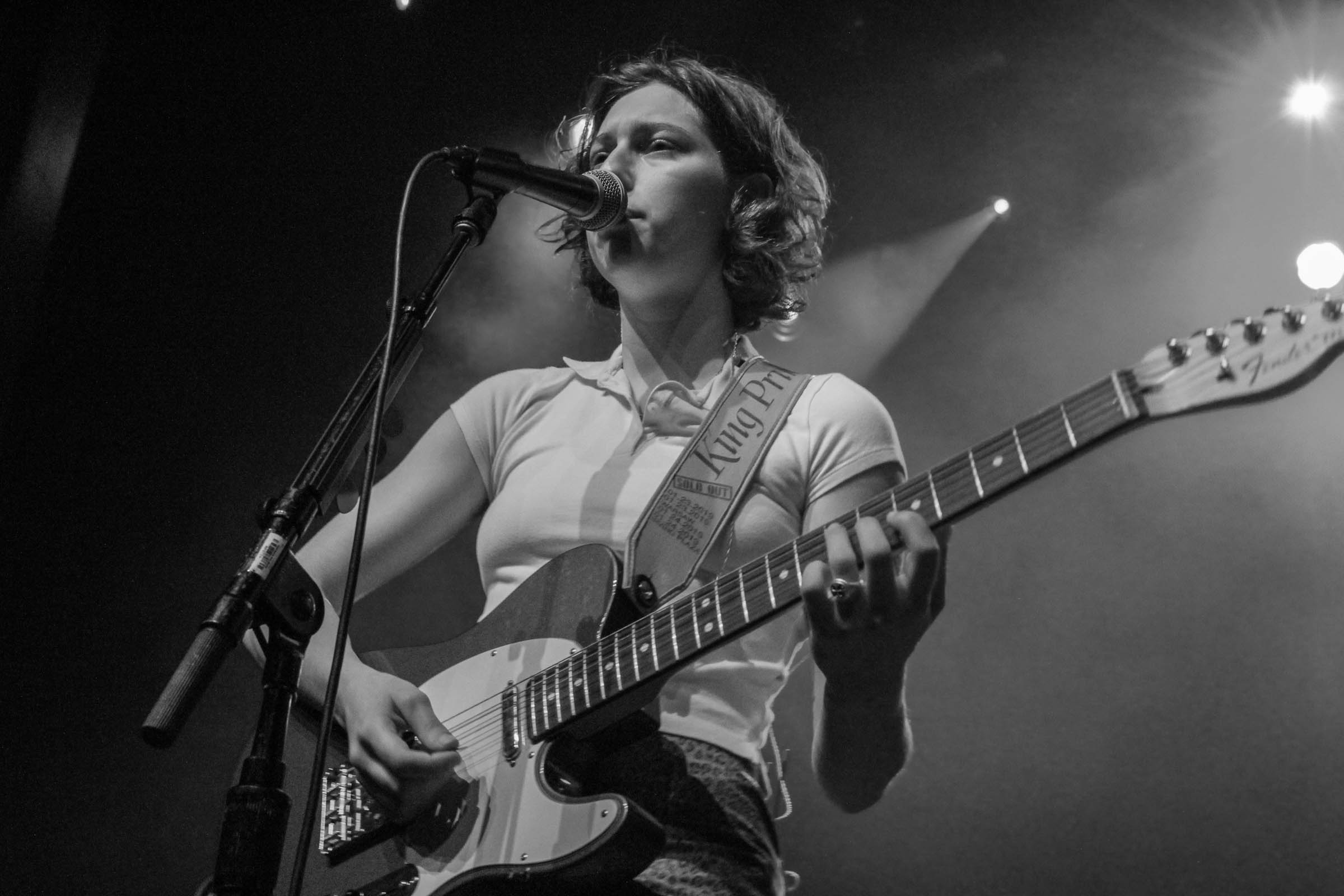 We all have that one friend that is quirky, cool af, and all-around badass. Add a killer voice, talented band and captivating stage presence and you have King Princess.

Performing to a sold out show at The Vogue Theatre on Thursday April 25th, 2019, King Princess treated the audience to a mix of tracks off their upcoming album and familiar classics that got the crowd bumpin’. 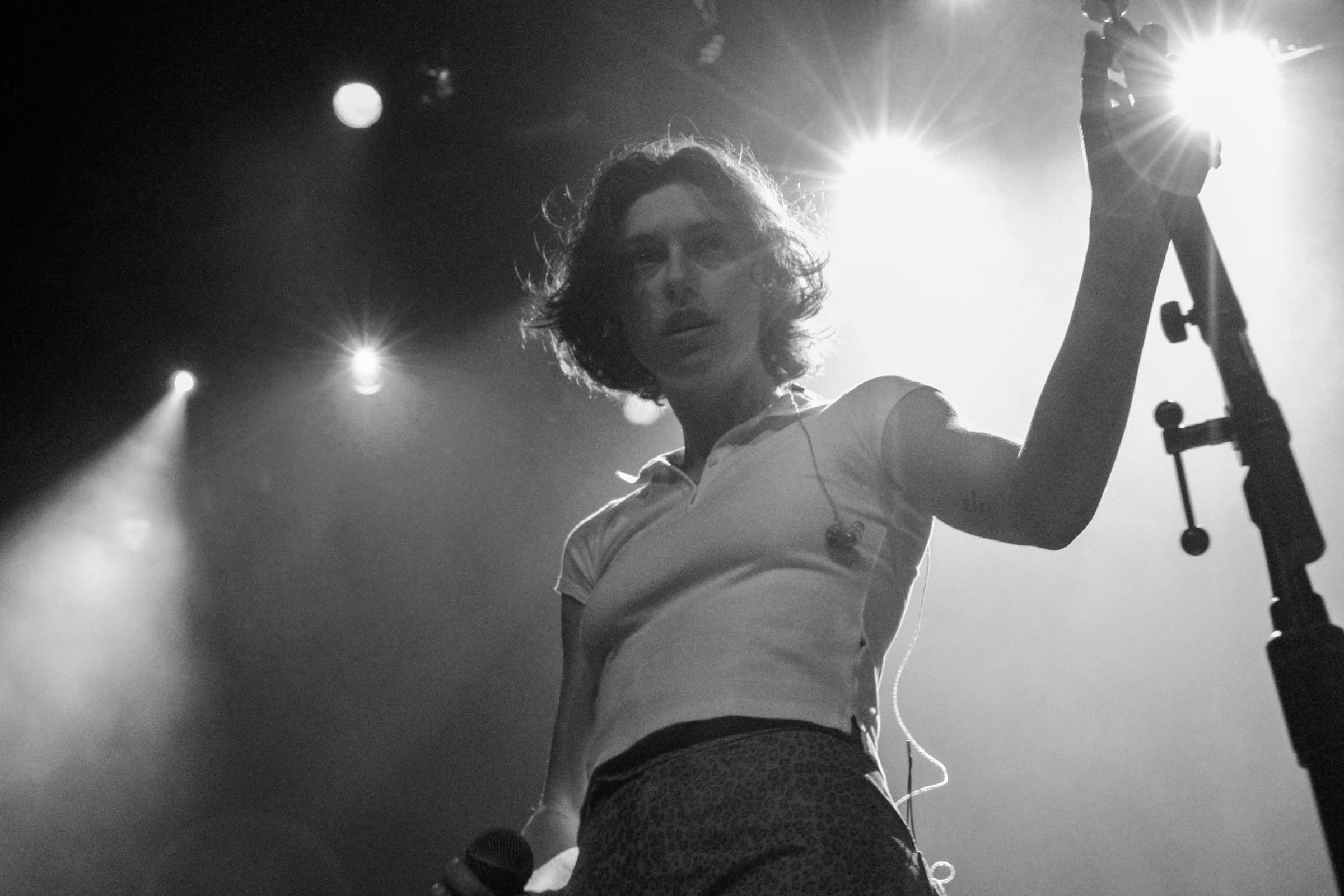 We arrived to the venue as the opening act finished up, leaving just enough time to find a decent spot to stand among the excited fans. Barely time to grab a drink, the lights dimmed and the crowd goes crazy. King Princess walks out casually in a simple white tee and slacks, following her band – a guitarist, bassist, drummer and keyboardist, the most hipster-cool band I’ve seen. 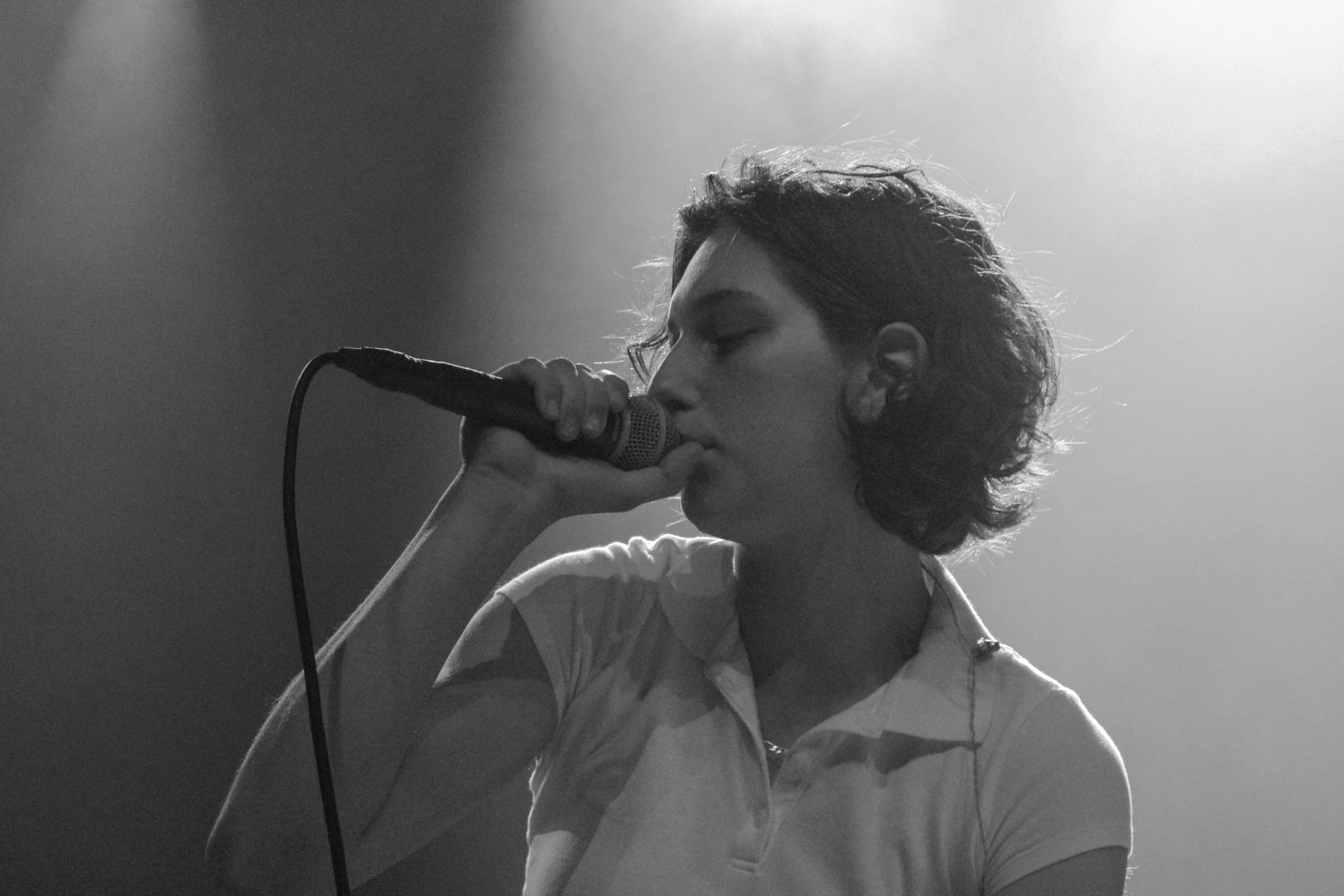 Hailing from Brooklyn, New York, King Princess (aka Mikaela Straus) has a soulful voice far surpassing her 20 years of age. Opening with ‘Cheap Queen’, Michaela had us all captivated right off the bat; calm, cool and collected as she playfully teases the audience with her coy smile. Shifting gears to the rock-and-roll vibes of ‘Upper West Side,’ she grabs her guitar and rocks out, crowd still singing along. A casual chat at the end of this song revealed that their second album is close to being completed. In a bold, surprising power move, they launch into the third song, a fan-fave and arguably their most loved song to date, ‘1950’. What a power move. This tune is my personal fave as well, so I was stoked they were playing it so soon. Mikaela is a quirky character, gliding across the stage with sassy little dance moves and taking a drag of her vape as she gets ready to hit the next tune.

After a new song I don’t know the name of, they come out with ‘Pussy is God’ someone in front of me proudly waves a paper sign that says “TOP ME”. Bras are waving in the air, the mood is light and everyone is having fun. Before beginning almost every song, Mikaela playfully says ‘Give it to me Mr. Antoine,” her guitarist who passionately strums away. A special guest, Banoffee (the opening act), pops out on stage midway through ‘Forget About It’. The chemistry on stage was electric and wildly fun. At one point, Mikaela reaches down to the audience, receiving a sex toy from a fan. She laughed deeply and set it down gently on stage. 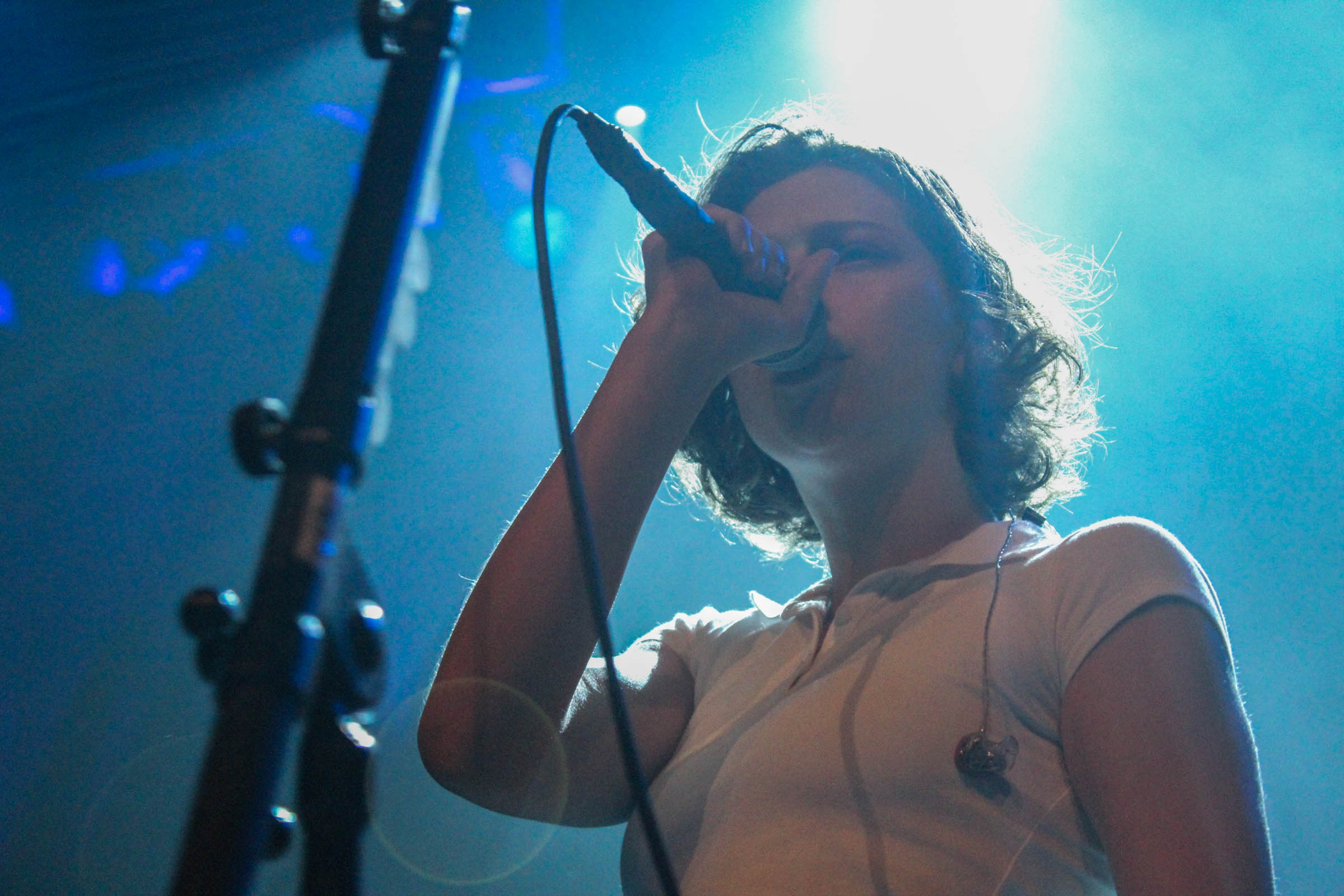 After performing ‘Talia’, they all exit the stage, but not before a guitarist grabs a film camera and snaps a pic of the crowd. Such a simple move but so damn cool, just like King Princess.

After chanting ‘encore’, stomping their feet and clapping their hands, the audience managed to coax King Princess out for a couple more tunes. The lighters come out for the second last song which brought out all the feels, followed by a sultry, rock and roll tune ‘Ohio’. The spotlight was a glowing, smoky halo around Mikaela, making the moment dramatic and sincere. With a quick wave and drag of her vape, Mikaela exits the stage. The crowd disperses slowly, letting the performance we all just watched sink it. Damn, that was a good show. 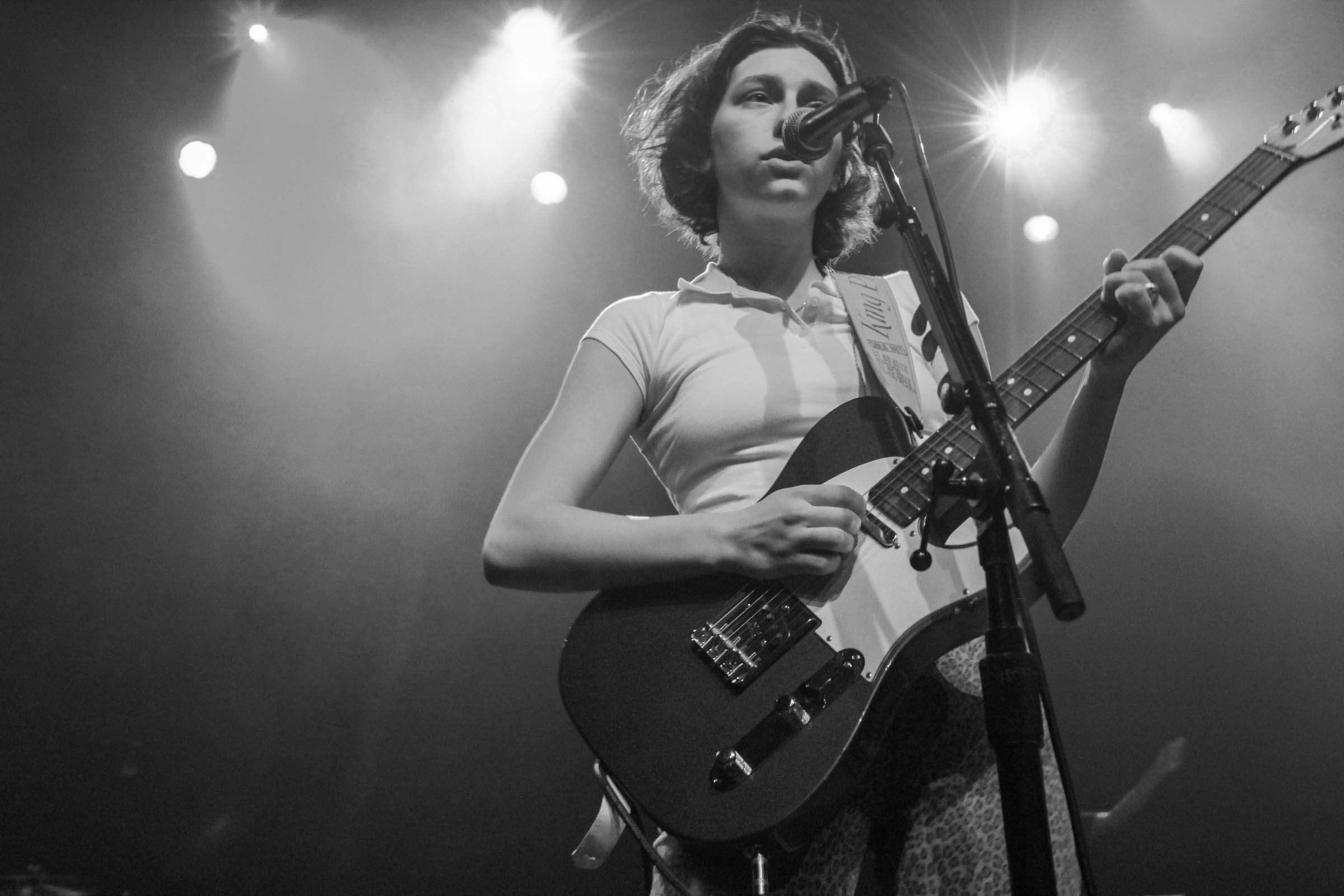 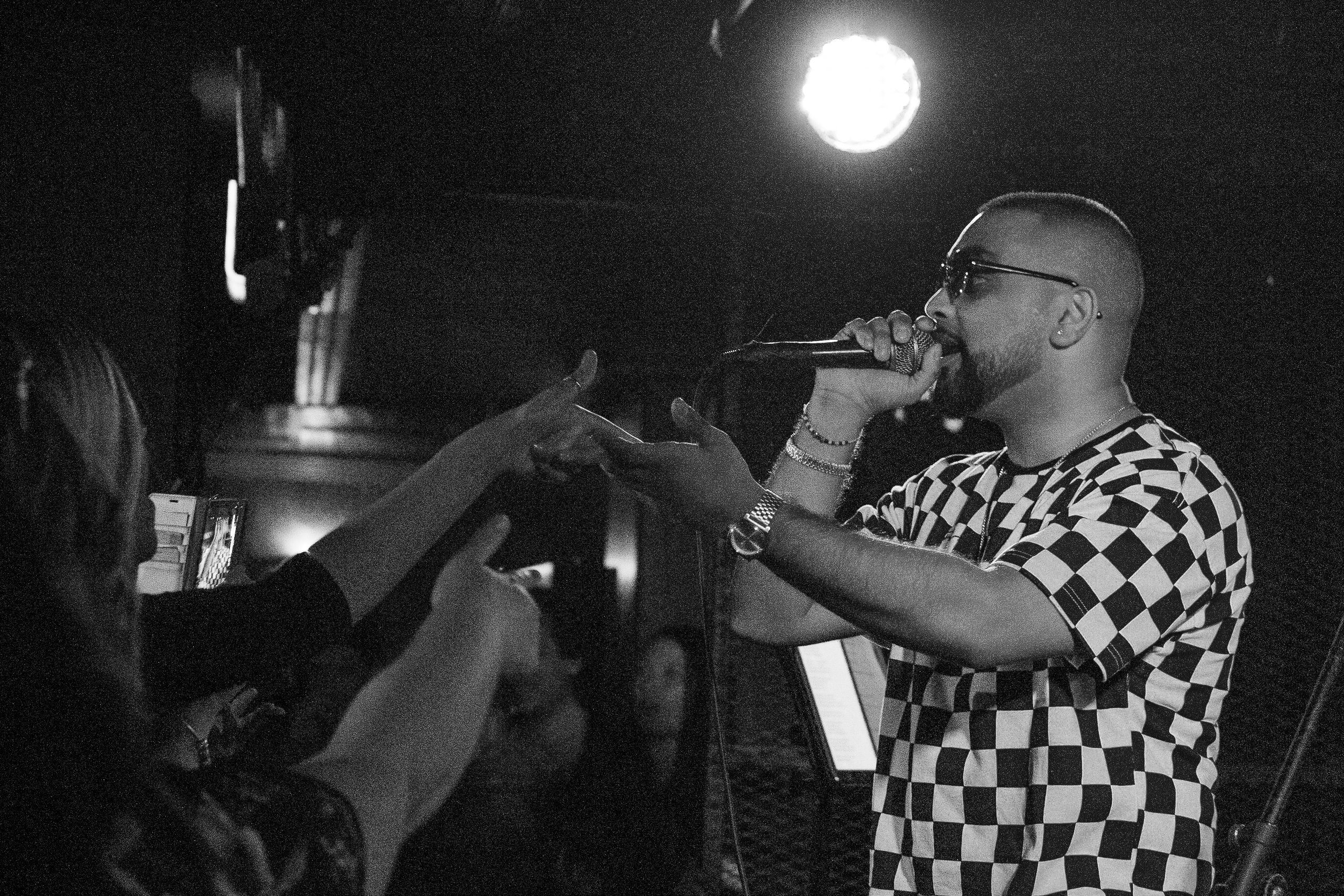 I never thought I’d get to enjoy the likes of Drake, Usher and Kanye West when I descended the stairs of the Biltmore Cabaret. Winner of Play Surrey Contest, Nylez K delivers when it comes to hip-hop and R&B tributes. Opening the night with Kanye West and closing with Ginuwine’s “Pony”, the Vancouver native knows how to work a nostalgic crowd. While well-versed in the classics, he holds his own performing his own tracks including “Remind Me” and “VibeTing” and kept the crowd chanting “Nylez, Nylez, Nylez” throughout the show. We were all begging for an encore at the end. I caught up with Nylez after the show: 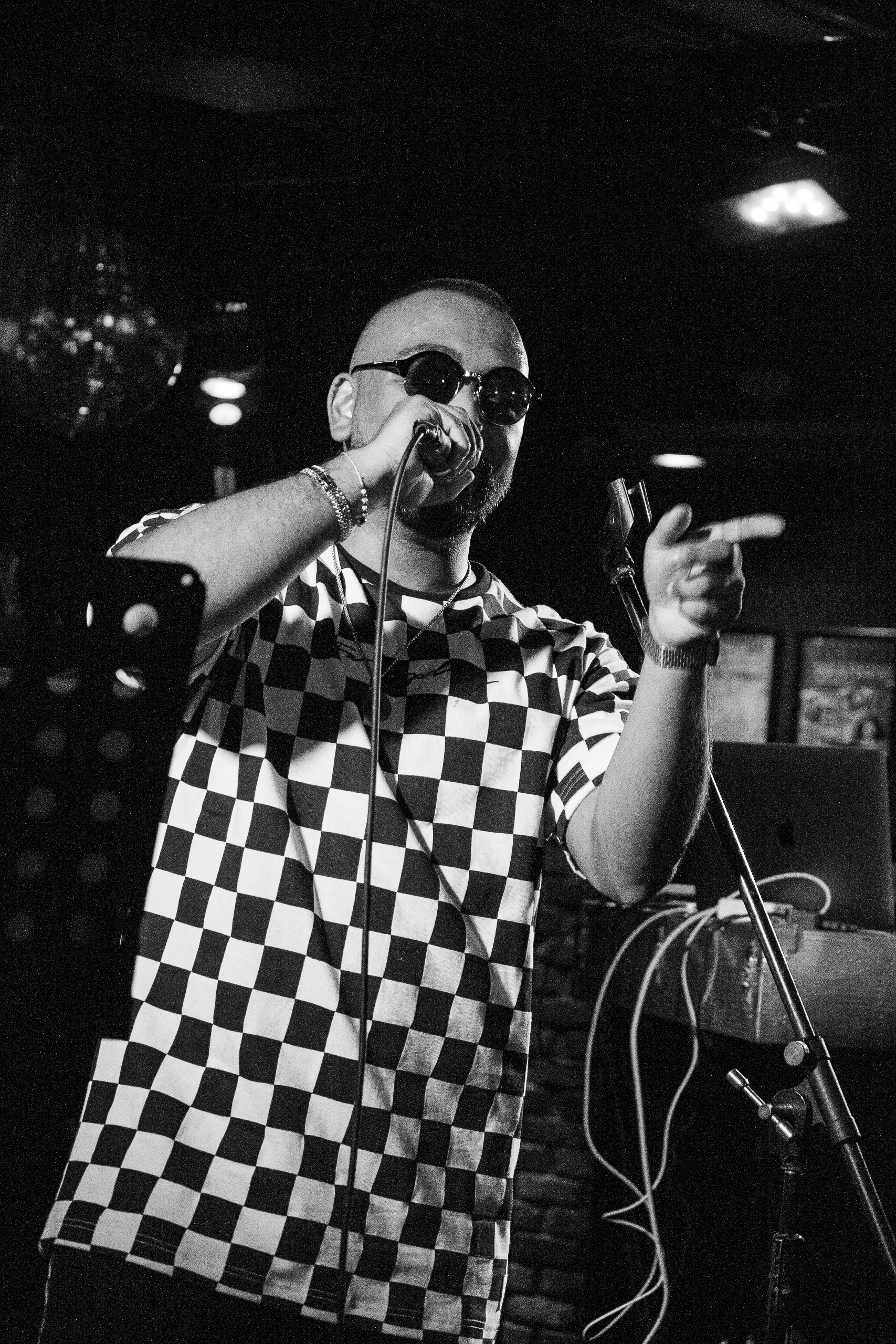 N: I could personalize and be more intimate with the crowd. I was more emotionally connected with the audience. This was the first time I played with a full band, except for back in the day when I used to do Bollywood songs. I never imagined I’d have my own band and do my own songs.

N: I was able to bless the stage thanks to my really good friend DJ Hark. Me and him produced the song “Remind Me”. We did that track together and when he told me he got an opening for Rifflandia, I said “heck yeah we’re going to perform this song”!

A: What was it like going to the Much Music Video Awards? 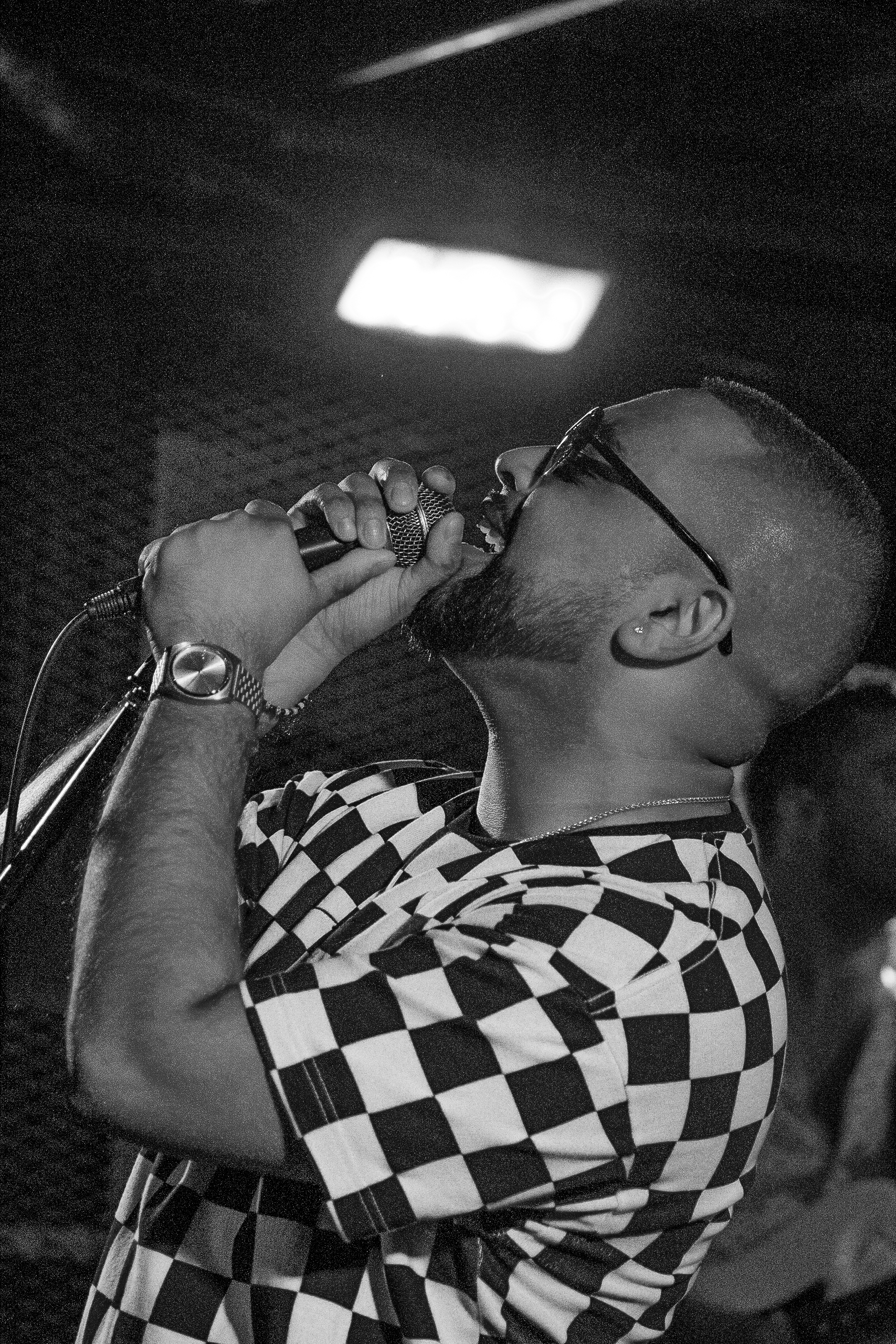 A: Your dad is a performer. What did he do?

N: He was mostly in the Bollywood genre and did a lot of Hindi songs. Back then, he used to do a bunch of stage performances, fundraisers, stuff like that. For him, it was always for fun

A: Do you have any shows coming up?

N: Not as of right now. My main focus is I want to finish off this project I’ve been working on. I’m trying to come up with an EP right now. I really want to hit the hearts of my fellow R&B and hip-hop listeners. I really want to home in on who I really am in this new EP and show, here’s what’s missing. That’s actually the title of the EP.

N: I would say Craft Beer. If it’s from Vancouver, I’m definitely going to be drinking it. 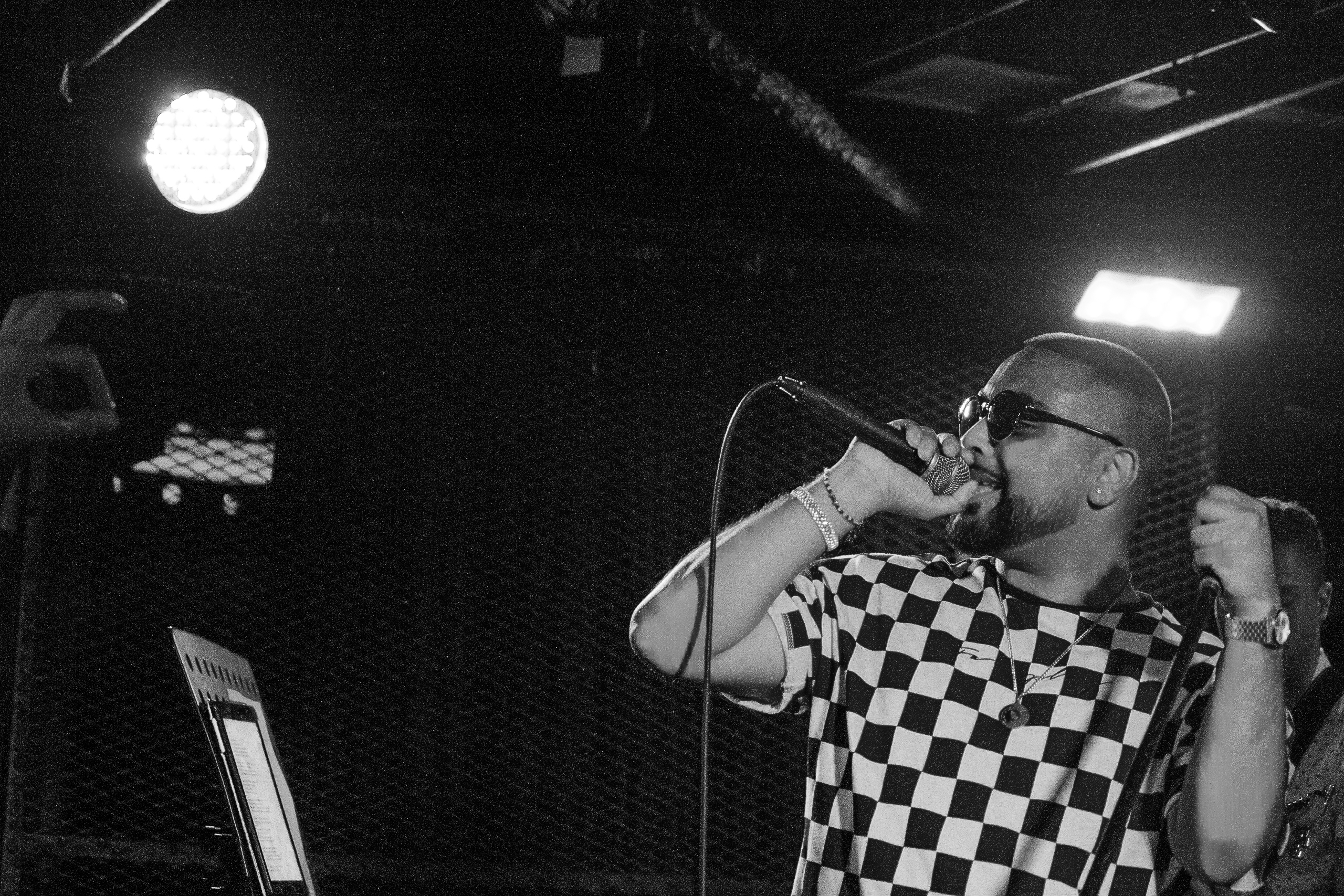 Watch for his EP, dropping by the end of the year. 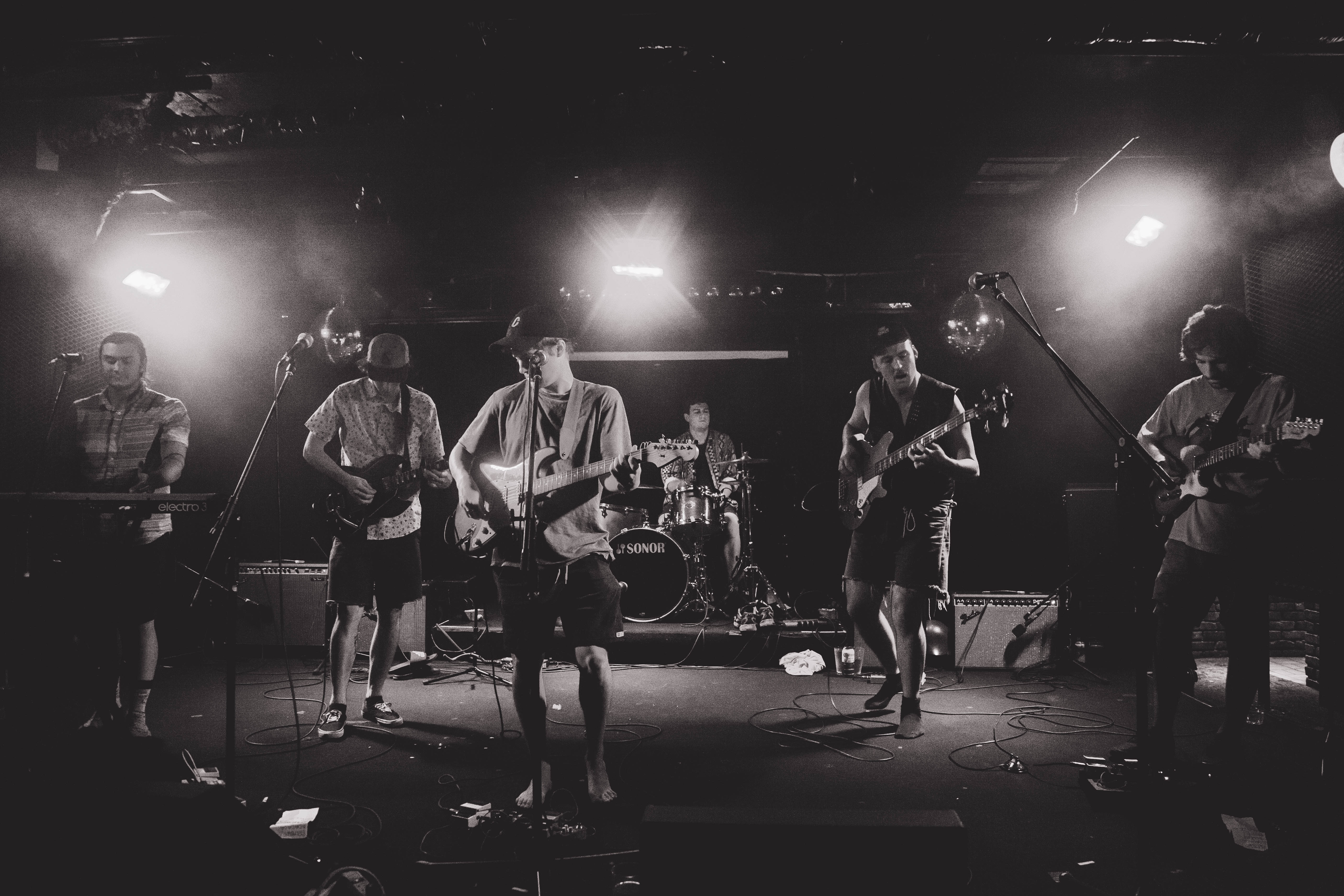 They have the looks, they have the vibes; it’s no wonder this Vancouver-based group of friends are killing it in the music scene.

Established back in 2016, TANGLERS consists of 6 lifelong pals; which shows in the chemistry they have on any stage they grace. It’s tough to pin them down to one genre, but if forced to laymanize it, perhaps they’re like an “indie/surf rock/psych/grooves to make you move” kinda band. 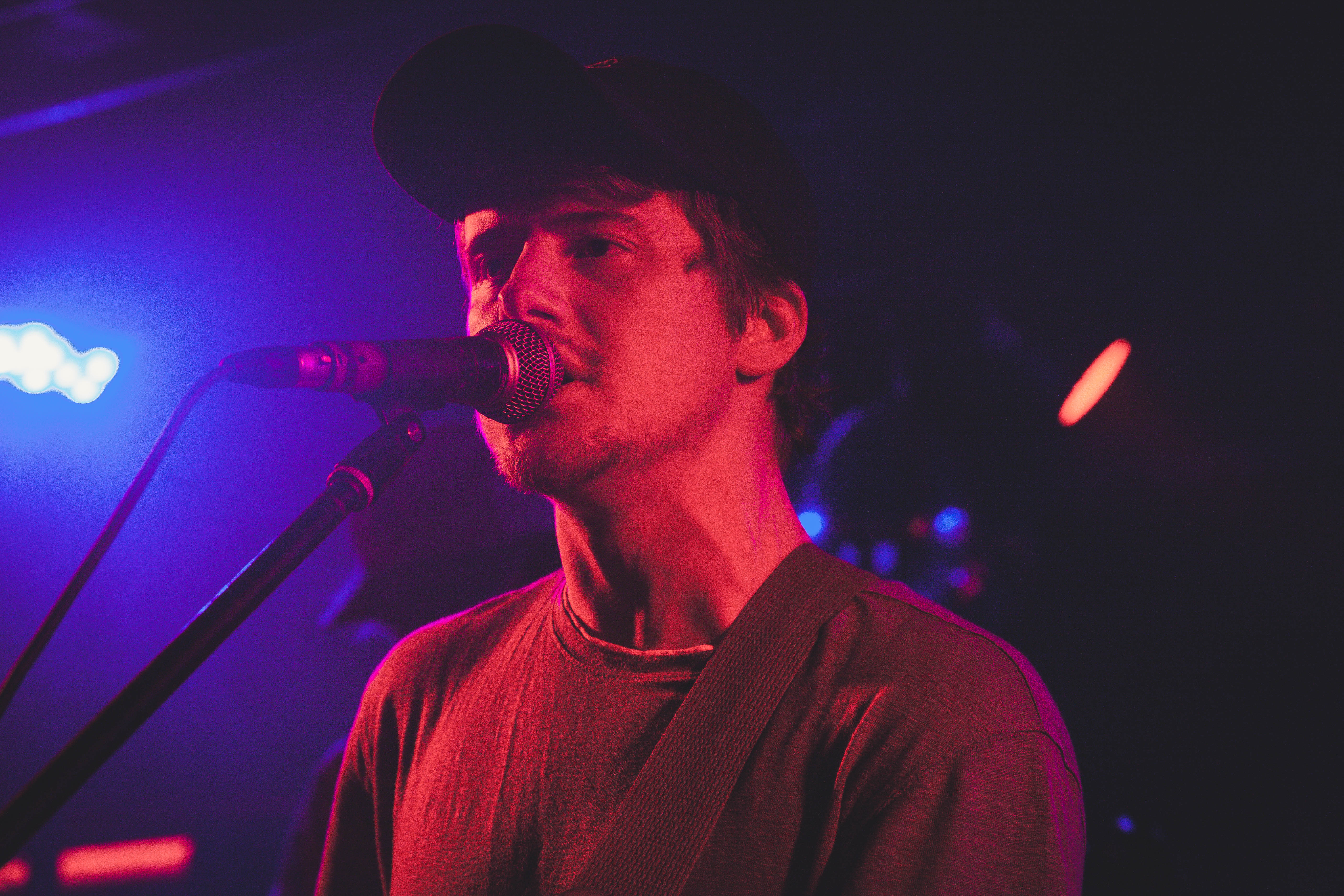 Currently touring Western USA in support of their newest album, “Tangled In Time,” this six piece ensemble are cruising down to Cali and back, taking over each major city in their way. 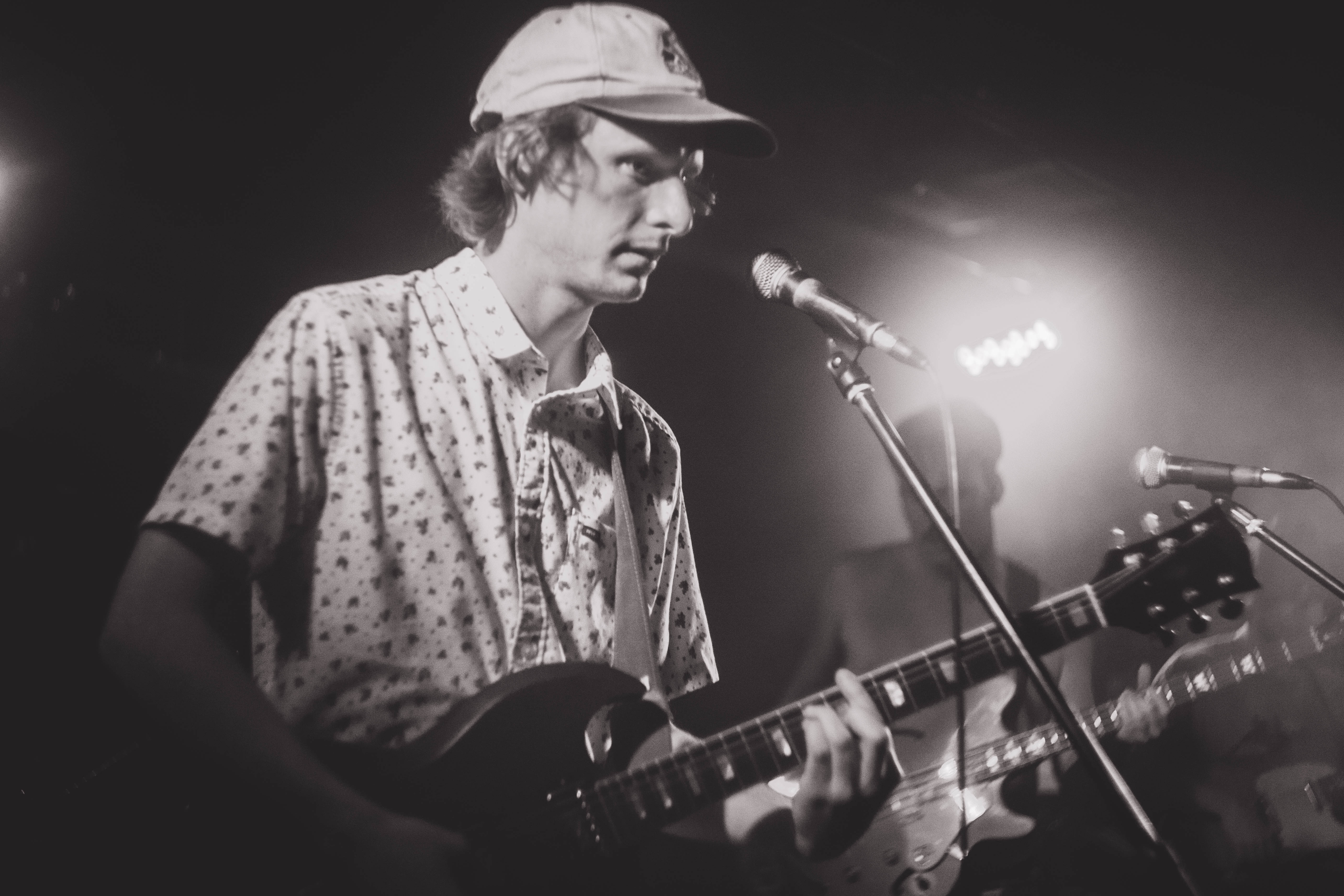 987 was fortunate enough to catch TANGLERS‘ tour kickoff show at The Biltmore on the 12th of July. This was the second time we’ve seen them live. We liked the first, but LOVED the second. TANGLERS have proven that hard work really does pay off. Each member added a crisp element to the sounds we experienced in the sweaty basement club that night. They got the crowd moving; including myself, who usually stands at the back with a Bud Light Lime (or equivalent) sporting major RBF. The best part (or one of): the guys on stage looked like they were having as much fun as we were. It’s such a treat to see artists who truly love what they do. 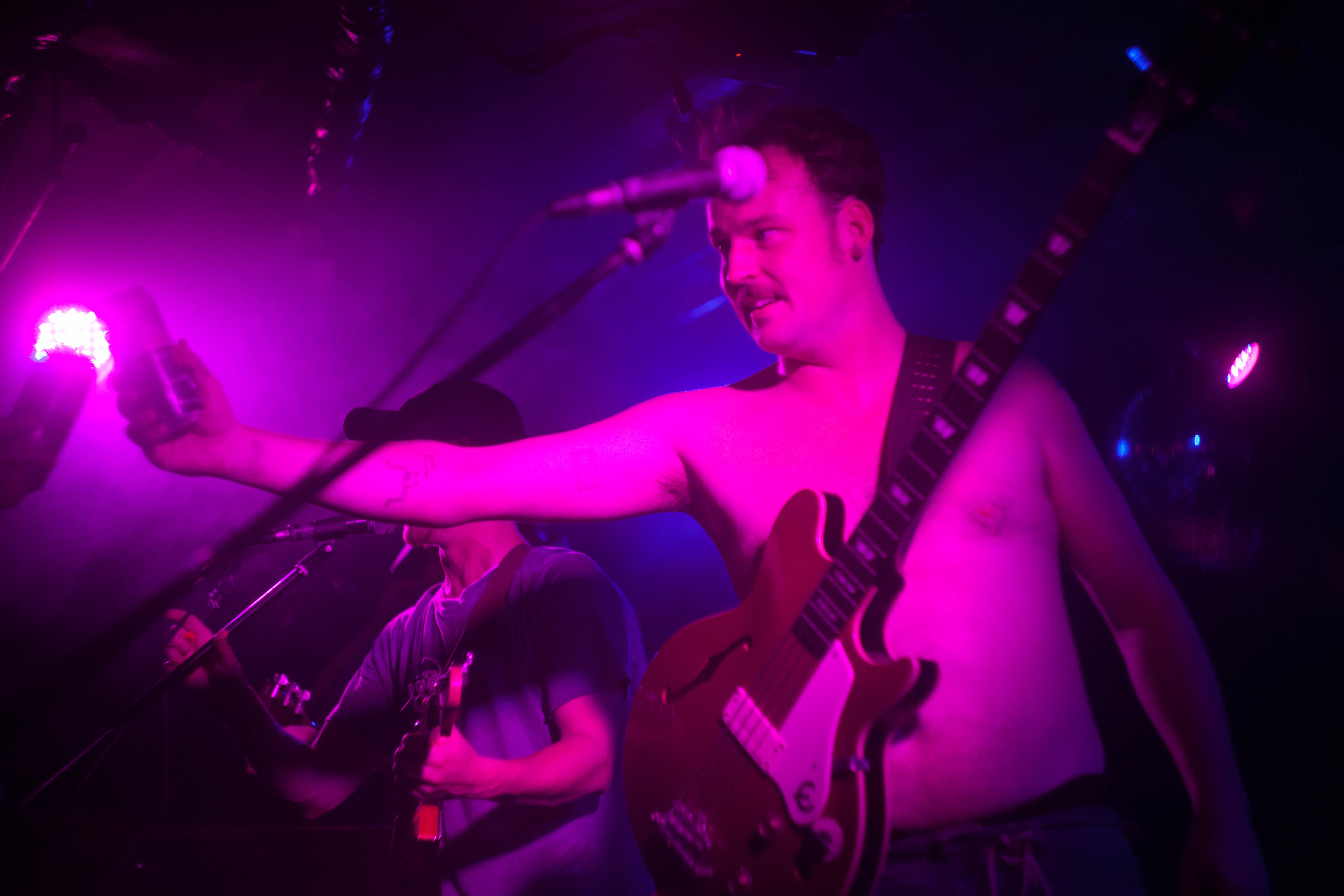 They recently released a music video for their extremely addictive hit single “Tallboy” – which perfectly captures the sounds, style, atmosphere, and vibes that is TANGLERS, check it out:

If you’re ready to get into some serious summer moods, have a listen to TANGLERS (here)