On Wednesday August 10th, the electric indie rock band The Backseat Lovers played in Vancouver for the first time since 2019. Only having heard a few songs on Spotify, such as “Sinking Ship” and of course, their viral Tik Tok hit “Kilby Girl,” I was looking forward to an upbeat indie performance. What I got was a full-on rock show.

Set in the historic Commodore Ballroom, I was surprised at how well the acoustics filled the large open space. As I entered the packed venue, I could tell I was in the presence of hard-core fans. Every conversation around me was about what album/EP they preferred or what song they hoped they were going to hear. The energy was all anticipation, I knew I was in for a rowdy time. 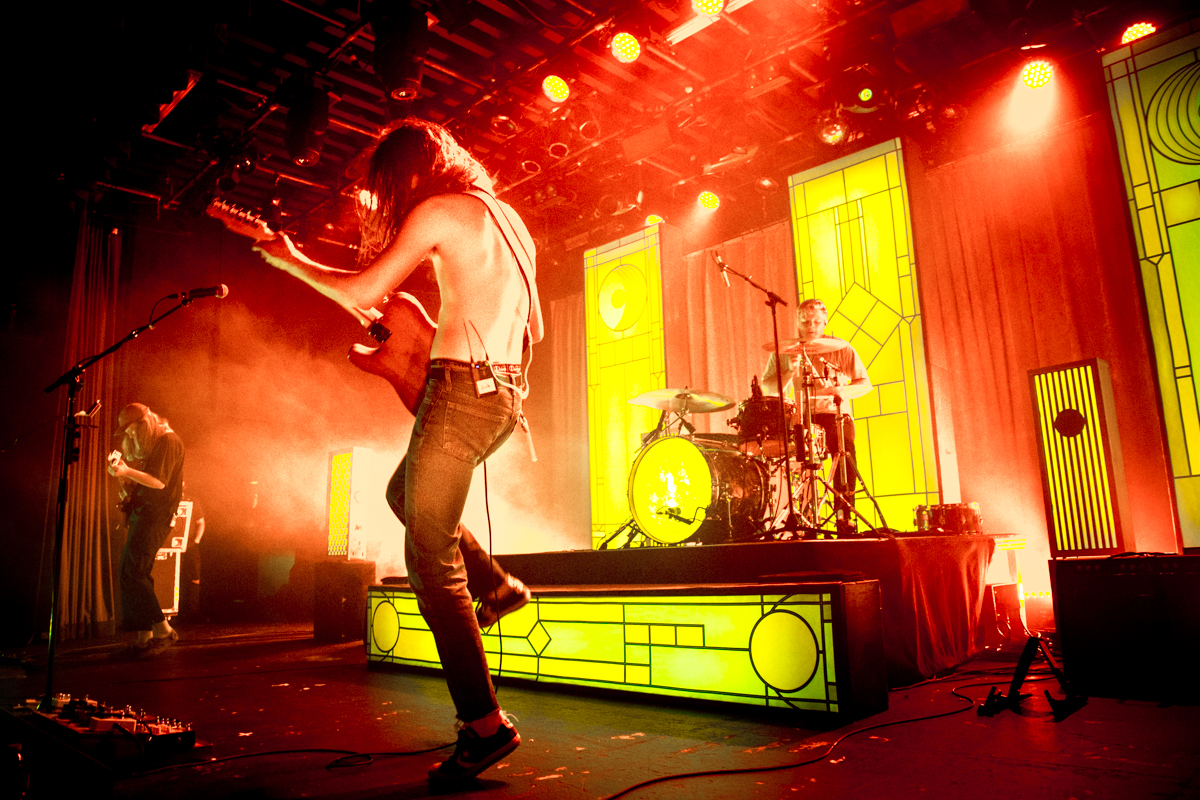 The Backseat Lovers entered like a burst of fire. The lead singer Joshua Harmon ran onto the stage shirtless, red lights beaming on him as he promptly led the band into a 3 and a half minute instrumental jam, showing off their powerful electric guitar skills that carry their signature sound. No intro, no lyrics; just head-banging guitar shredding.  Not at all the opening I expected from this Utah-based indie band.

The crowd swarmed the stage screaming; instantly there was a mosh pit of vintage t-shirts, mom jeans and cowboy boots dancing across the beer-soaked floor. They finished their instrumentals, looked out at their audience with massive grins, and jumped into their single “Pool House,” to which every person sang along to. The Backseat Lovers had their audience entranced, and they knew it. 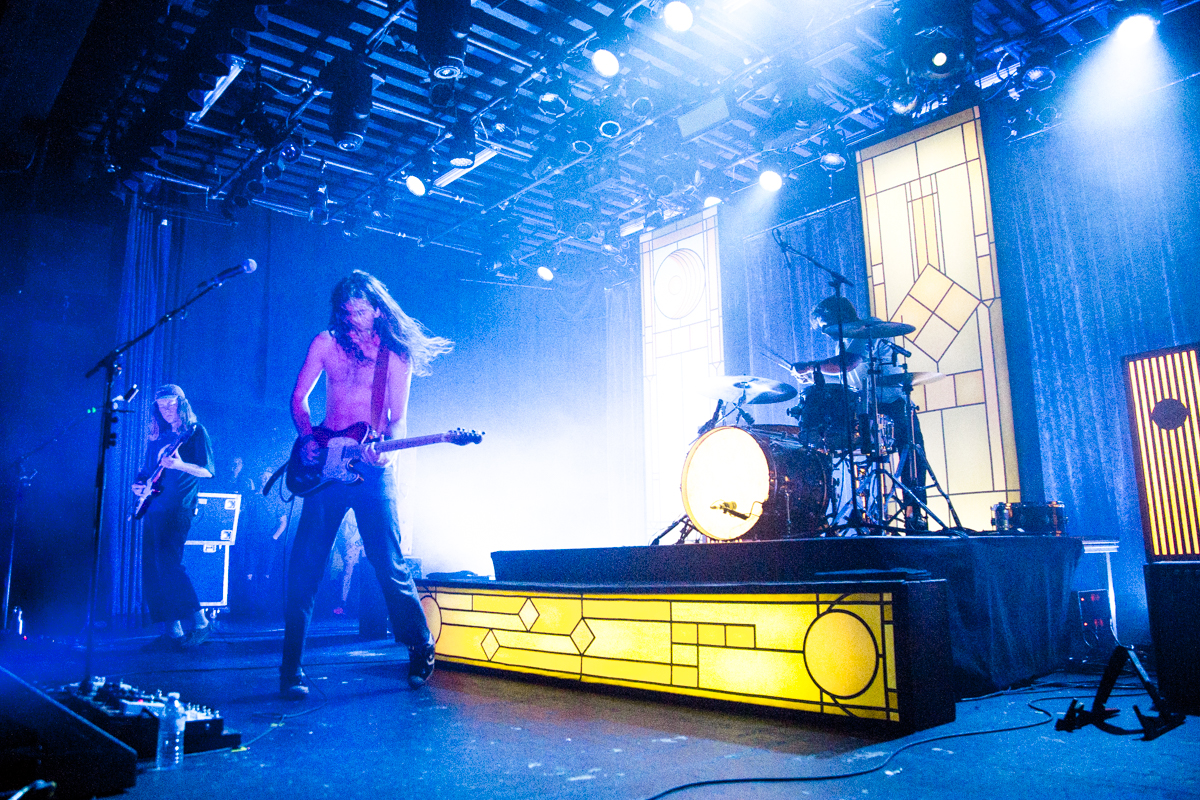 The stage was minimalistic, with three long rectangles of painted glass windows framing the drum kit. There wasn’t any need for eccentric effects or dramatic lights when you have lead guitarist Jonas Swanson and Joshua Harmon sprinting back and forth across the stage, flipping their hair, and sweating all over their guitars. The band gave everything they had into their performance.

They played a 13 song set consisting mostly of songs from their well-known 2019 album, “When We Were Friends,” along with singles such as “Out of Tune,” “Just a Boy,” as well as a sneaky little acoustic rendition of “Address Your Letters.” They went on to play a couple soon-to-be released tunes such as “Growing and Dying,” which made the night even more special. The song was carried with a heavy acoustic guitar, accompanied by light Beatles-like vocals from Harmon. This feel-good tune was supplemented by a crew member throwing sunflowers into the crowd. Quite a vibe change from the heavy metal entrance. The audience didn’t mind, we were all swaying together, eyes glued to the stage, absorbed by the music.

The band was ecstatic to be back in Vancouver, addressing the crowd with grateful smiles. They reminisced about Vancouver being their first show outside of the United States back in 2019, which they had played in a skateboard shop, and now, 3 years later, to a nearly sold-out show at the Commodore Ballroom. 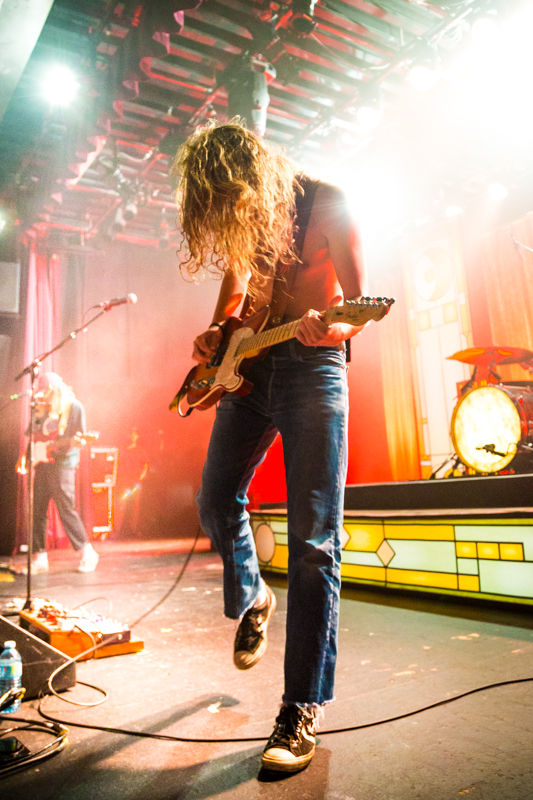 They closed the show with “Maple Syrup,” but the crowd was not ready for the show to end. The moment the four band members took their exit, every soul in the venue chanted for an encore. The Backseat Lovers did not need much convincing; after about thirty seconds (and a couple of bras tossed on stage), the boys were back with the same fire they entered with. The crowd turned into a roaring cheer as the band hopped on their instruments to play “Sinking Ship.” Joshua Harmon and bass guitarist KJ Ward came together, singing face to face, as Jonas Swanson jumped up beside drummer Juice Welch, shredding his guitar and flipping his hair so hard his hat went flying off the stage.

The boys closed the show with an unforgettable encore, leaving the stage with adoring fans chanting “Backseat! Backseat!” as the lights dimmed.