CBC are bringing their Musical Nooners Concert Series back for their 8th summer, running every weekday (12pm-1pm) from July 7th to August 25th at the CBC outdoor stage (700 Hamilton st). The event features different artists every day, with genres ranging across the board. It’s a great way to switch up your lunch break, and catch all these local acts, for free!

Among the many talented artists performing is a group that we’ve been quickly falling in love with: The Velveteins, an indie rock band from Edmonton. We were fortunate to catch them in Victoria last November, and Vancouver in April. You best believe we’ll be catching their CBC Nooner set on Friday July 28th.

The Velveteins began as a solo project after Spencer Morphy (vocals, guitar) took an extended trip down to Australia, where he became a beach bum and fell in love with psychedelic music while travelling the country in a campervan. He brought back that beach lifestyle to Canada in 2014, where he teamed up with Addison Hiller (vocals, percussion) and channeled it all through The Velveteins.

Their first EP, Fresh Claws, was released in 2014, followed by a second EP in 2015, titled: A Hot Second With The Velveteins (which was produced and recorded by Cage The Elephant’s Lincoln Parish). These releases received critical acclaim, creating a splash both across the country, and internationally. This May, The Velveteins released their debut full-length album, Slow Wave. Imagine a modern day Beach Boys. It’s the perfect soundtrack for these summer days. 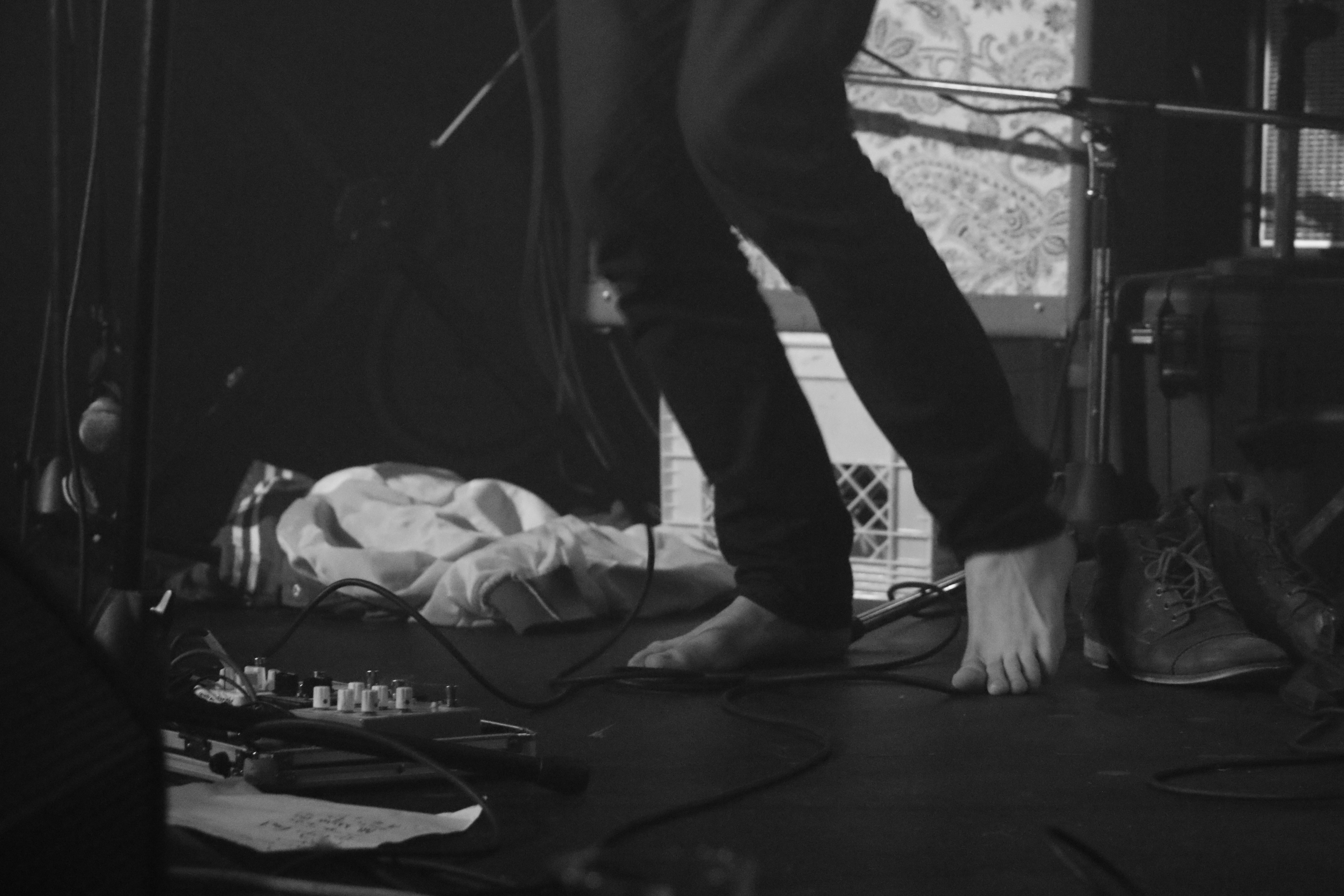 987’s Torben Robertson was able to get in a cheeky Q&A with Spencer Morphy, and even though we only got in a few questions, we can tell the dude’s a chiller.

1) You’ve said your sound is influenced by Australian Psychedelic rock. That’s cool, but seeing as it’s Canada’s 150th, can you describe the influence Canada, and your hometown of Edmonton, have had on the band’s sound?

Yeah totally. We really love Calvin Love’s new record, he’s from Edmonton. Also Michael Rault, whose another Edmonton boy. Other than that Daniel Romano’s super rad, we love him too.

2) Spencer, you’re clearly a capable player: who are your favourite guitarists?

Hah thanks! I’ve had several favourites. I’d have to say as a younger Spenny, Jimmy Page blew my mind. Nowadays I’m always finding new stuff. I really like the guitarist from Whitney, and Ex-Smith Westerns, also Jeff Beck rips.

3) You’ve played with some great acts. USS, July Talk, Milo Greene. For whom have you felt most fortunate to open? And for whom would you like most to open?

We toured with Elephant Stone in November 2016, and those guys are so rad. Definitely a highlight. Personally I would be so stoked to open for a pimp like Jimmy Buffet.

5) Your collaged album covers are rad. Who does the art?

Addison and I both do them! They feature pretty much all photo’s we’ve taken while playing together.

6) How did you get in touch with Cage the Elephant’s Lincoln Parish? And what was it like working with him?

We just hit him up! I am a big Cage the Elephant fan so it as super rad to work with him. He had a pretty sweet spot in Nashville where we hung out for a week and made the record. Plus we could use all of Cage The Elephants sweet gear. It was a dream, and such a nice guy.

There you have it. See you guys next Friday!