Hey Matan, Mikhail and Torben from 987 here. And boy do we have questions…

How did you come up with the name Paper Idol?

The name comes from a song I wrote – it’s about worshiping a person or a thing that turns out to be weaker or more flawed than you originally thought. In our culture, founded on market capitalism, people primarily worship things. You know when you impulse buy a sweet button-down Hawaiian t-shirt from an Instagram ad, but when it arrives all the buttons fall off and it looks less cool than the picture? That’s a paper idol. Or maybe I just have bad luck shopping on Instagram.

Where do you record? Basement? Professional studio?

I mostly record in my small production studio in East LA. It’s in a studio complex near the Mariachi District, so there’s tons of good food and cool music stuff happening around there. My bandmate Adam has a studio only a few minutes away, so sometimes we’ll work at his place. But given that everything happens on my laptop, I can really produce anywhere. Most of “Seen This All Before” was produced at a Starbucks in New York City. Right now, I’m at my childhood home sitting on a picnic-table-turned-music-studio where I’ll be producing material for the next EP.

What instruments do you play, and which digital audio workstations do you use?

I play guitar, bass, drumset, and sing. Adam’s got the synth and piano chops. We both use Ableton Live. 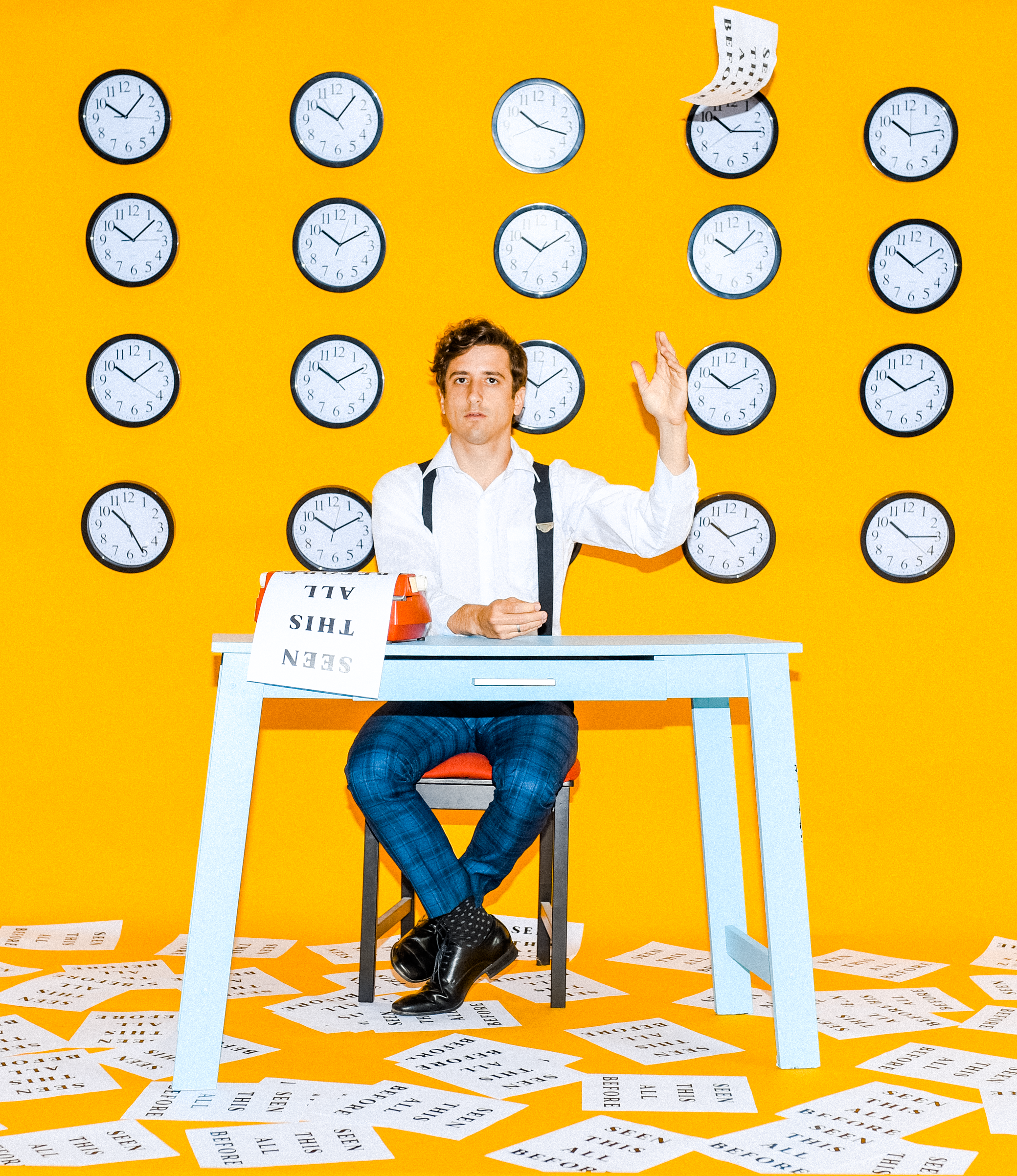 What brings you more joy, writing the lyrics or the music?

The music. It’s what comes naturally. Writing lyrics can be extremely difficult. Sometimes I’ll flow with it and come up with cool lyrics… other times I’m tearing my hair out. If I sit with the song long enough, the words come eventually. Usually.

Regarding “Seen This All Before,” were you trying to recreate the feeling of boredom with your tone and lyrics? Can you say a bit about repetition and boredom?

I’m really glad you caught onto that – most people ask about the anger of the song. The song isn’t angry, it’s lethargic and jaded. Clearly, the character in the song can’t reckon with his emotions and puts on this bored, confident front to protect himself. Or maybe his perspective is warranted? I wrote the song during a relatively bad nervous breakdown; I was feeling things very strongly at the time. But my anxiety is repetitive in nature, there’s an obsessional component that makes it all seems familiar and boring after a while. On top of that, the rest of the world is experiencing the same problems as me, and so have my ancestors, and so will my decedents. The result: my problems are just not that interesting. That’s the absurdity of “Seen This All Before”.

What emotion do you want people to feel when they listen to your music?

That feeling when you’re at a party and have a random epiphany about aliens, or a new business idea, which then makes you have way more fun at the party.

And also, how do you feel, or want to feel, when you’re making it?

When I’m deep in a production, I’m meditating. My mind is turned off, I’m not thinking about the time or my headache or my rent payments – I’m focused on the specific track I’m working on. Ableton and I have a great relationship. It took us six long years to get there, but I’m at the point where my ideas can translate pretty fluidly into music. It feels good to make stuff. And Adam is basically a musical extension of myself, we have the same deep understanding of where we want this project to go and what it should sound like. Luckily, we don’t have the exact same taste in music, so he brings some jazz chops and a jam-band mentality to the table. Overall, we’re a happy team. 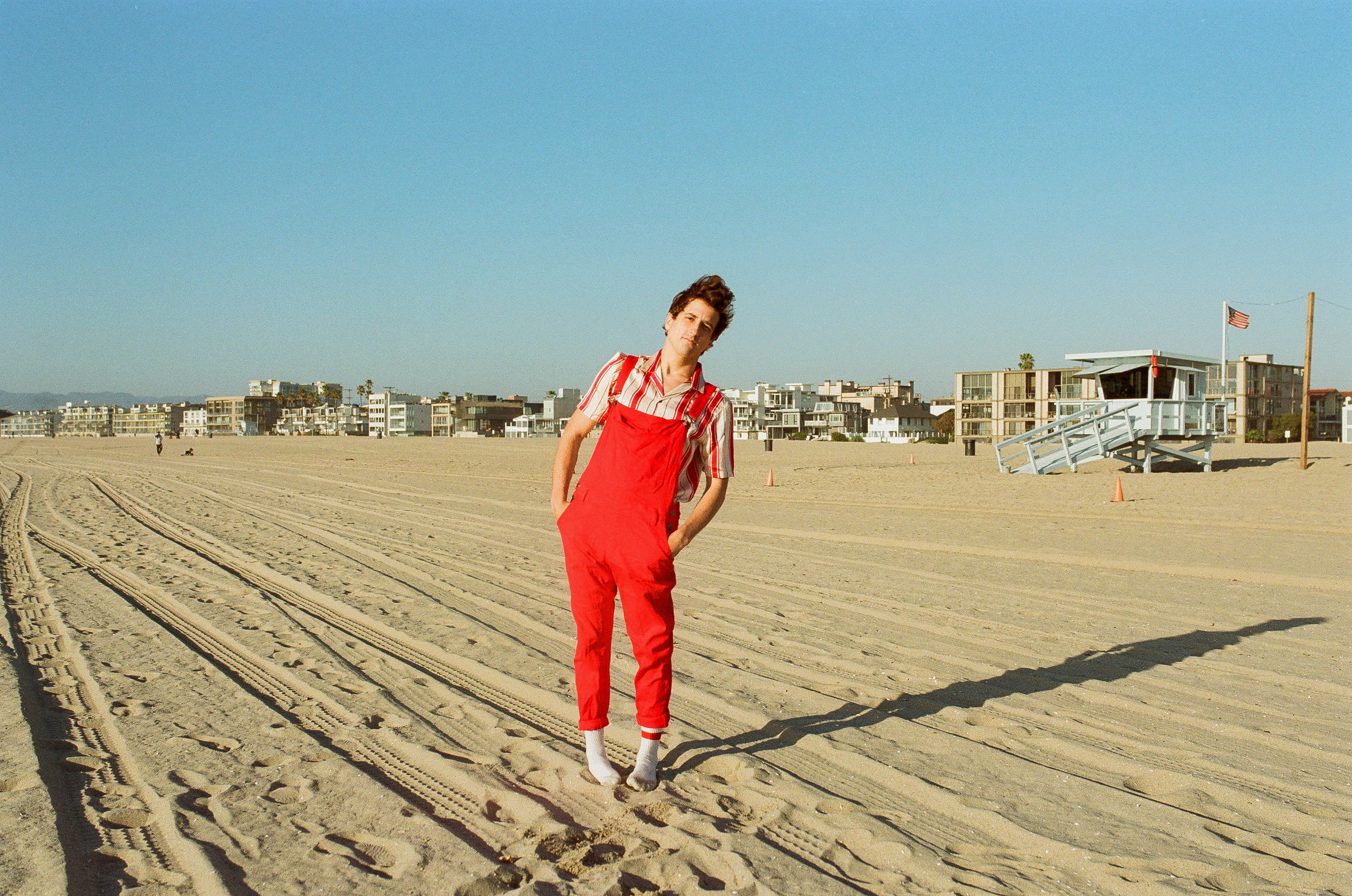 Regarding the song “Clouds,” is it a love song, a breakup song, or neither?

“Clouds” is about a relationship where my girlfriend broke up with me, then insisted on getting back together, then left me again three weeks later. It’s a love song and a breakup song!

Are you eager to get back to live concerts, or have you been happy doing live streams in the digital space? Do you foresee hybrid concerts in your future, such as your recent EP release party?

Adam and I can’t wait to play live again. We had a few local LA shows in October and are looking to tour soon. I think the hybrid concert model would be great to continue, especially with everything going on. In addition, our fanbase is international, so until our world tour it’s cool to stream the shows online!

What inspired the switch in direction from med school to musician?

Medicine is a family business – both my parents and my sister are doctors, my grandfather was a pharmacist, and my aunts and uncles are in medicine. Growing up, I figured I’d join them. I used to dress up as a doctor for Halloween. I went so far as finishing a pre-med curriculum at Wesleyan University and taking a medical technology job following graduation. Sitting at my desk job, I kept hearing this inner voice that said, “Go!” I ignored it for many months. Then I spent a weekend in LA on business, and met up with buddies from Wesleyan who encouraged me to move there and make music. I figured that’s where “Go!” was telling me to go. So, like many Midwestern hopefuls before me, I quit my job and drove down to LA with lots of music gear and no plan whatsoever.

You describe your music as “Delusional Pop” – did you coin that or was it already established industry jargon?

Adam actually came up with that one! Sums it up good huh? 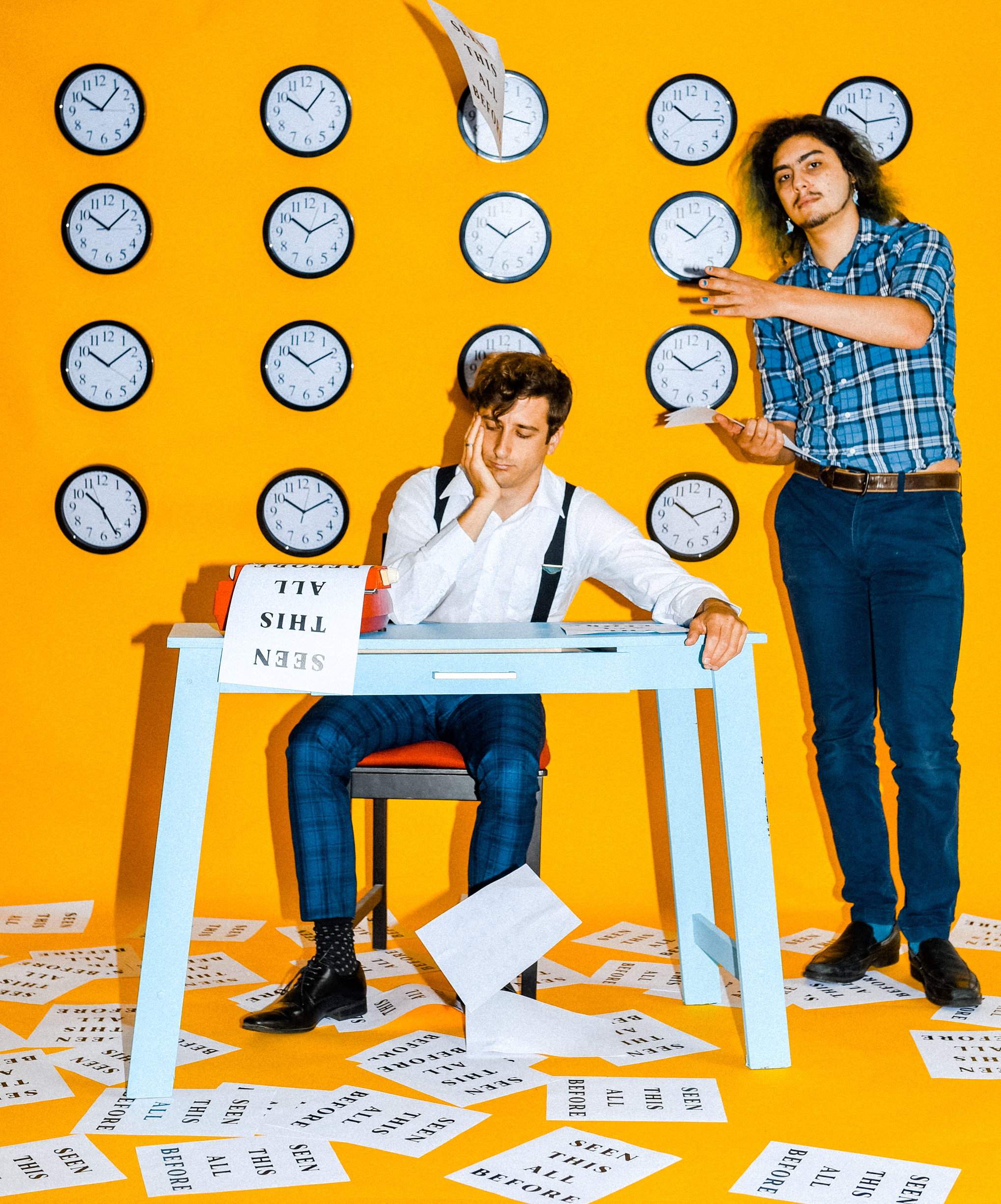 Does the colour yellow mean something to you, or does it just happen to be your fave?

Neither, actually. After writing “Clouds,” I spent some time thinking about the visual aesthetic, and the first thing that popped in my head was the yellow umbrella. From there, I came up with the album art, and Mania Days became the yellow EP. Something about yellow is dreamy and “open,” it was the perfect color for Mania Days. Paper Idol has always stuck to the three primary colors for the art, so we might choose a new one for the next project…

Will your new Bond movie be called:

Oh my goodness these are great – I vote Octopaper.

Craft beer. Too many bad high-school hangovers with Bud Light.