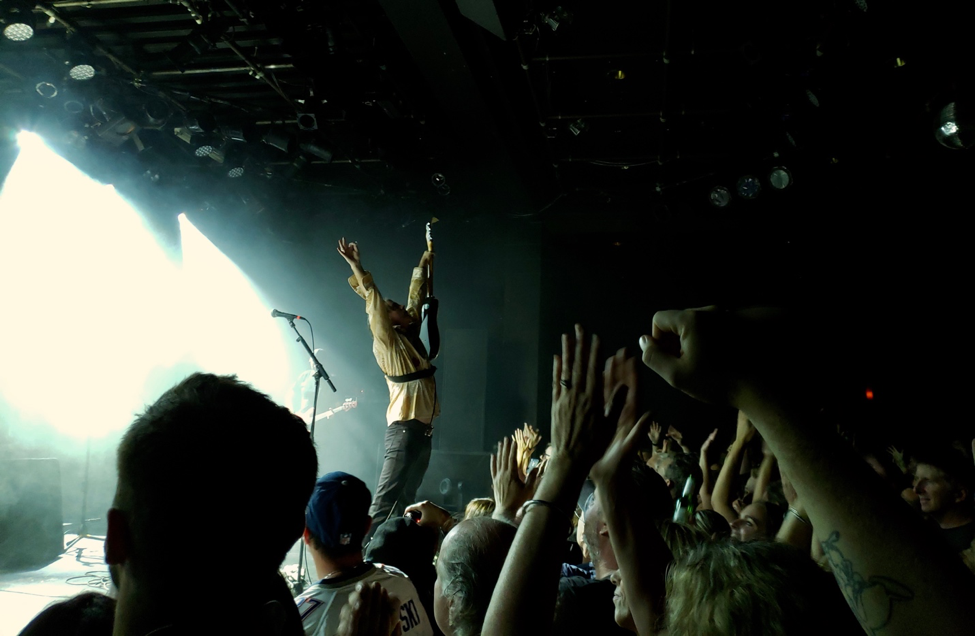 Anyone who might have stumbled in off the street (as if- tickets for both shows sold out months ago) into one of the two annual thanksgiving 54-40 shows at the Commodore Ballroom in Vancouver would have felt the immediate wave of contagious energy spreading from the band, into the crowd of mostly 50-somethings, through the stretches of the ballroom, and pouring down the stairs to the street.

For the duration of the show, hundreds of listeners followed the band’s lead in throwing their bodies and voices into the full range of the band’s extensive repertoire of Vancouver classics. The audience carried an invariable ease and full-heartedness that can only come from hundreds of lifetimes spent listening to the same rock songs over, over and over again. This was a crowd who had been faithful to the Tsawwassen-based band as they grew up through the ‘80s, spread their sound through Canada, and developed an international fan base.

The show was opened by Toronto-based The Skydiggers, who delivered energetic, classically-Canadian rock that is decades in the making. A perfect pairing in style, charisma and energy to 54-40, a group that is 30+ years in- with no sign of stopping, as they put it. 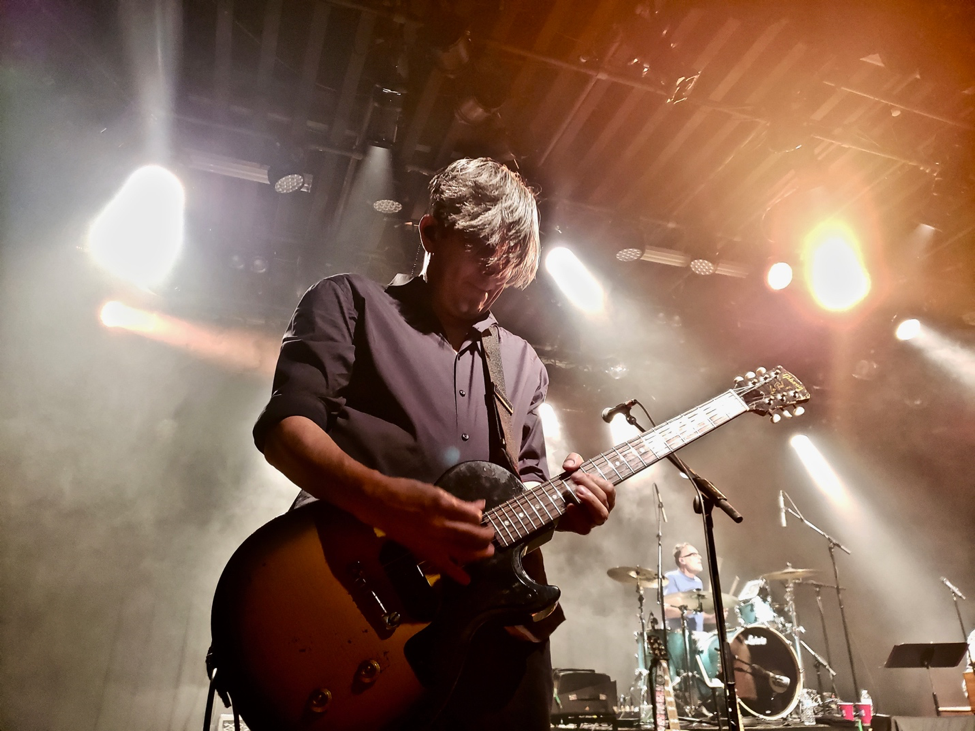 Words never ringing more true to the quartet – composed of lead vocalist Neil Osbourne, bassist Brad Merritt, drummer Matt Johnson, and guitarist Dave Genn – than on this weekend. Hours before the October 5th show, the beloved band had seven of their vintage, one-of-a-kind guitars stolen out of a u-Haul van in New Westminster. The instruments were worth a combined $50,000 – but irreplaceable to members of the band.

“You fall in love with [the instruments] and you feel so good when you play them…they’re part of your identity”, said one in an interview with Global News.

With only a few hours to absorb the loss, find borrowed and rented instruments, and turn around to deliver a top-quality show to hundreds of fans, the band held true to their promise of not stopping – or even slowing.

The group delivered an unwavering, uncompromised show, with enthusiasm and intensity that spanned the show and only grew as the band rocked through extended renditions of fan favourites like How’s Your Day Going, Sucker For Your Love, and, the long-time Canadian favourite that nobody could get enough of, Ocean Pearl. To say the band left the crowd satisfied is an understatement- they played a full show and only stopped after not one, but two encores.

“Well this wasn’t supposed to happen” – Osbourne, after relentless cheering, stomping and howling pulled the band back on stage for the second time. 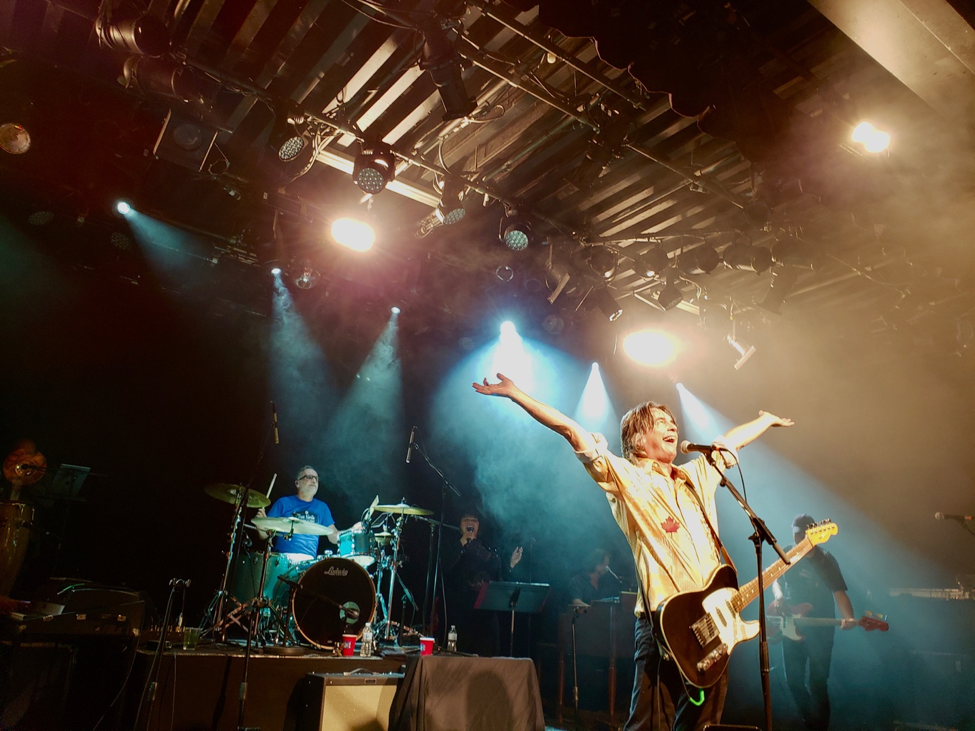 In a brief pause between songs, Osbourne, perhaps reflecting on their loss that day, paused to say as much to himself as to the blur of faces before him:

“At thanksgiving we count our blessings. More importantly, we should make our blessings count. I don’t know, man, I just want love.” 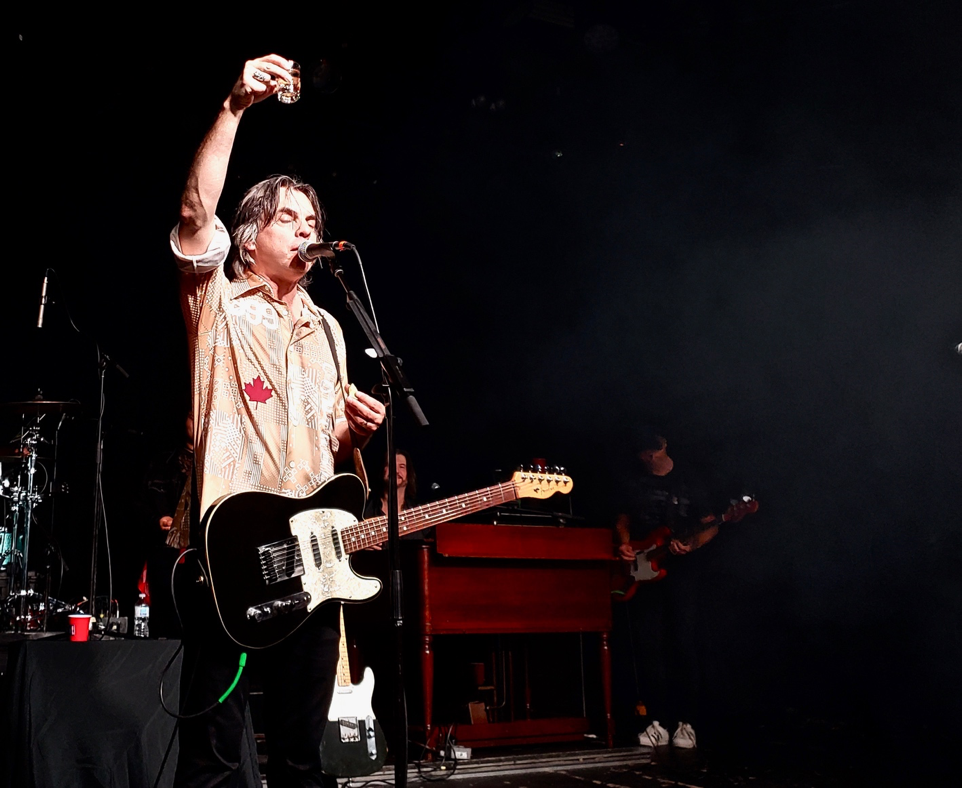 If what the band wanted was love, they got it that night at the Commodore- from the fan sporting an original ‘80s 54-40 jersey, to the familiar faces the band pointed out in the crowd, and the somewhat-spontaneous but totally-awesome on-stage collaboration with Andy Maize of The Skydiggers. 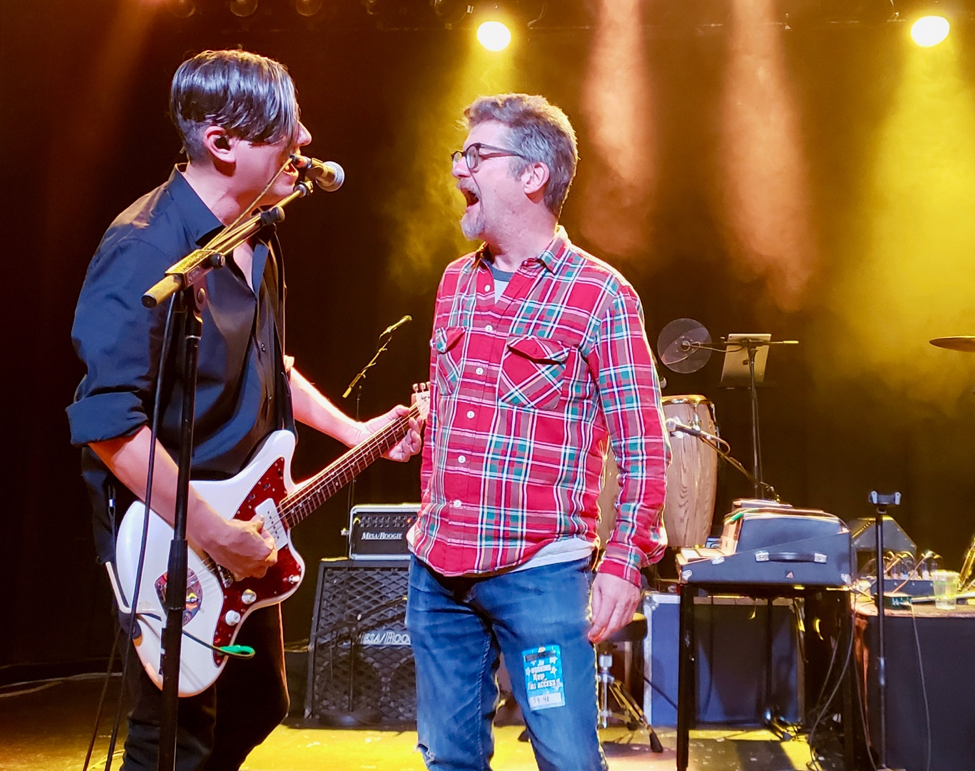 …They also got five of their seven guitars back a few days later, thanks to anonymous love from a police tip leading to a storage locker in Surrey.