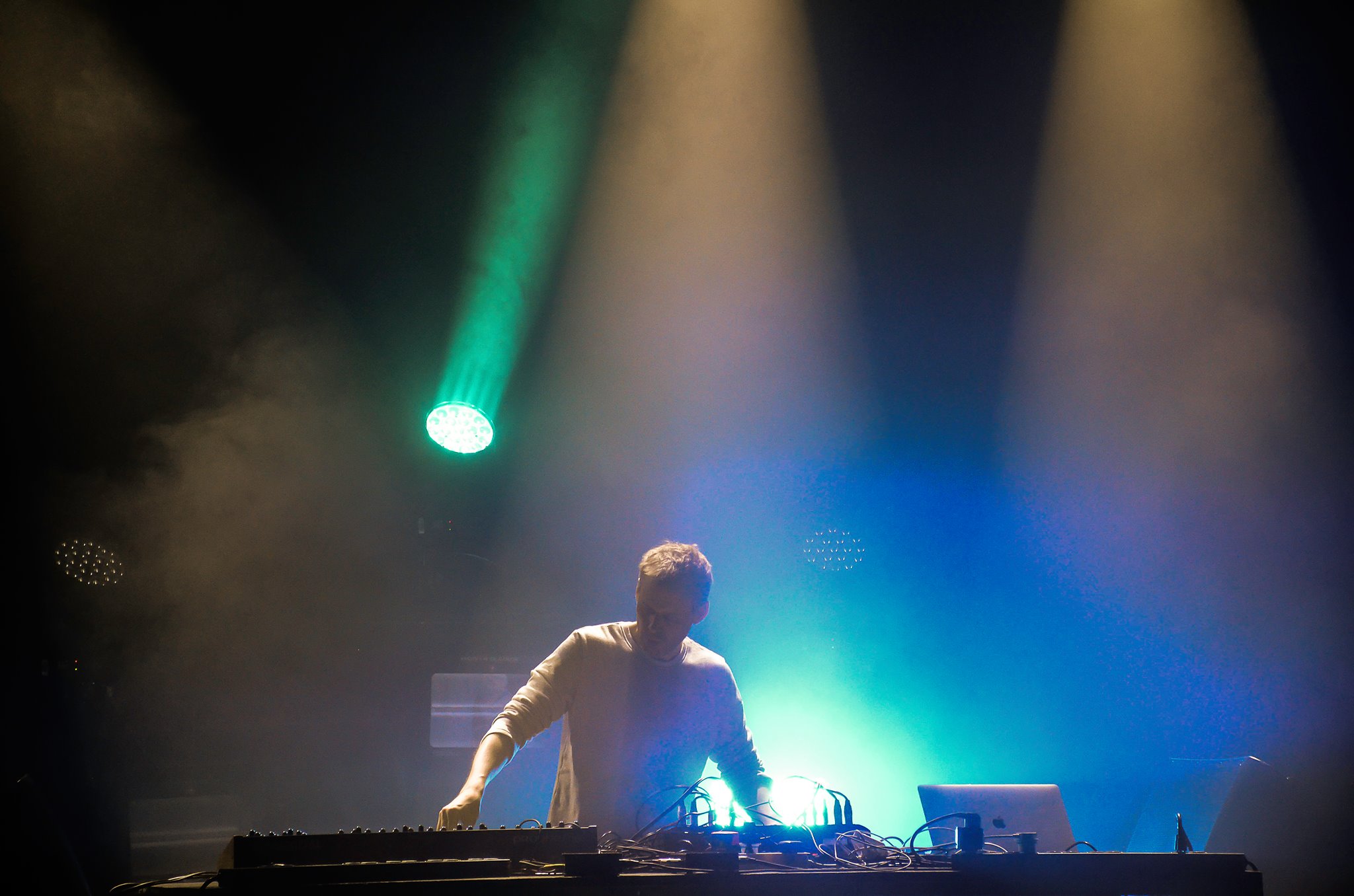 The entrance to The Imperial is unassuming but holds some tell-tale theatre markers like a double wide lot, arched windows recalling a time when it held true to original intent, and a permanent awning, “Imperial” spelled out in bold gold lettering, with smokers huddling in conversational packs underneath. It’s a site of shared experiences and has been in both iterations, as theatre and venue. Everyone who saw Com Truise and Clark take the stage below the terracotta figures lining the walls of The Imperial connected to something. Something called dope IDM which mind-controlled the audience for the better part of two hours and change.

Com Truise opened the show with his trademark soaring synths and pulsing drums. Relying on tradition to form the skeletons of his song, Com Truise builds a musculature unlike anything that’s come before. With a set of screens splashing colours in the darkness behind his mixers, pedals, and drum machines, the attendees was treated to a taste of the 80s updated and remade for a modern audience. Comfortable and solid beats created a layer on top of which the flourishes of a talented artist took full hold. The crowd swayed to the soaring synths, pausing at intervals when Truise intended a moment of reflection and anticipation. In those moments, most eyes were held intently on his bobbing head, some were closed, belonging to swaying skulls, and others were glancing around, taking in the shadows of terracotta soldiers, the couple kissing in the corner, the friends eagerly discussing what’d just happened and predicting what’d come next. It wasn’t unilaterally responded to, but in a way, this is how Com Truise’s music is structured. Warm textures and soft harmonies elicit a state of mind, but how that mind relates to the scene depends on one’s company. What was clear about the set is that everyone got into it in their own way, sharing the space in the middle of a riff. 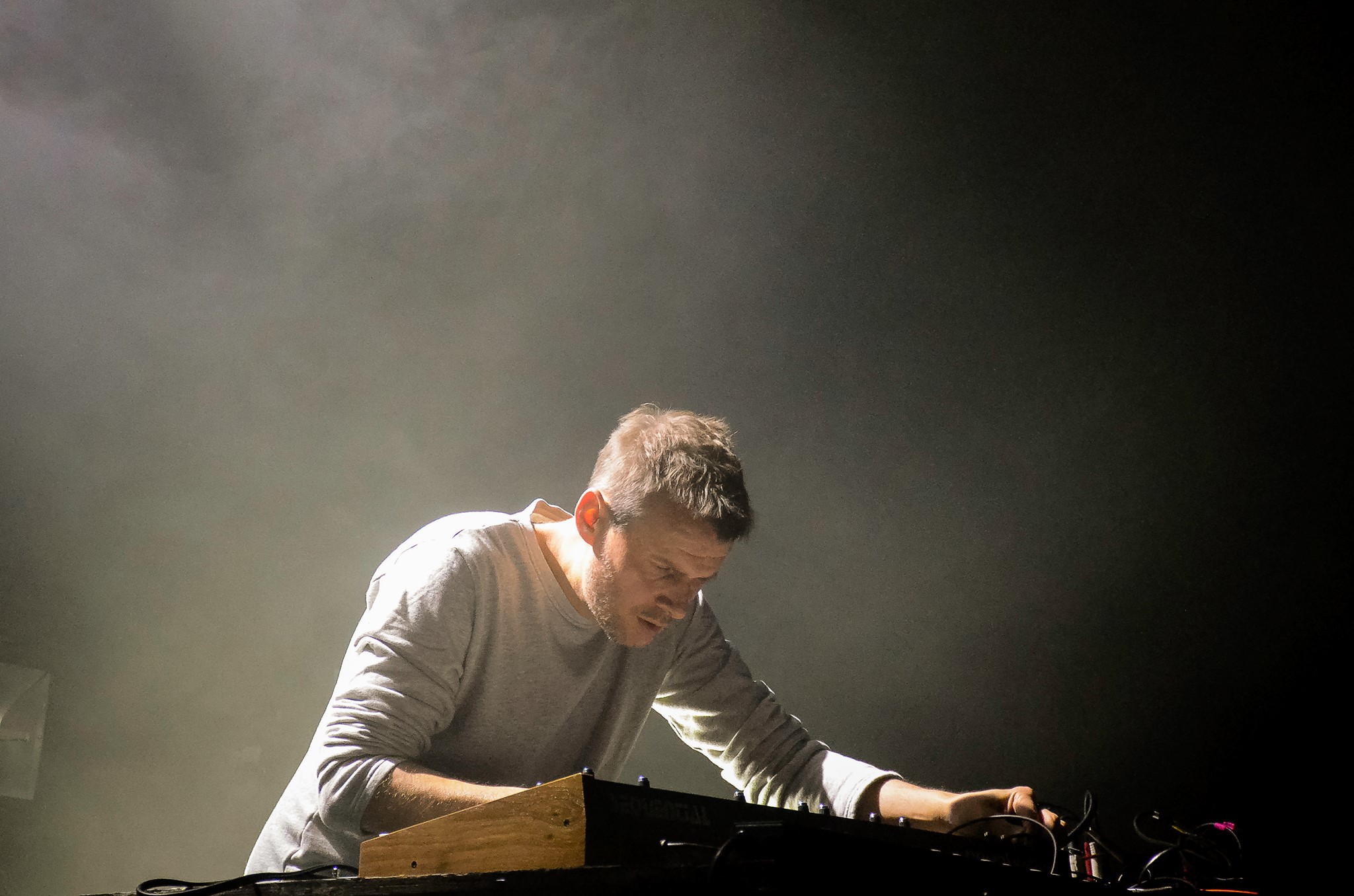 Then, Clark. The veteran of heady electronica has consistently delivered a tailored product, suited to particularities of the artist’s life, and has dabbled in hip-hop, folk, dance, and heavily abstracted electronic stuff that seems to defy classification. All these elements have found themselves explored in album format, like the folky “Iradelphic,” or the hip-hop influenced “Body Riddle,” but what has unified them is Clark’s intense dedication to a product which involves the ears throughout. I have never been bored by a Clark track, and while I prefer the more abstract stuff, the album this show was promoting, “Death Peak,” was the perfect material for the crowd. After a mostly slow and swaying set from Com Truise, Clark brought the heat, making bodies sweat as feet thumped and spines waved, arms wobbling in strange patterns as the music infected our bodies like an audio-physical virus. Symptoms include dancing and grins. Often shrouded in a cloudy haze of smoke, Clark kept tweaking and re-tweaking his settings, concerned entirely with the shifting landscape of sound and how to get it just right for our ears. There were moments of pause, of recollection, but mostly, the dude just got us moving. At the end of the night, people gathered underneath the Imperial awning, idled by the vans, smoking cigarettes and chatting with roadies, and the artists hung by the doors, backs against the wall, talking with fans. Their approachability made the night more special because it seemed like talking with peers, not holy men come from on high to disperse the gospel. My girlfriend even talked with Clark about veganism for a solid ten minutes, and I wasn’t sure who I was more jealous of. 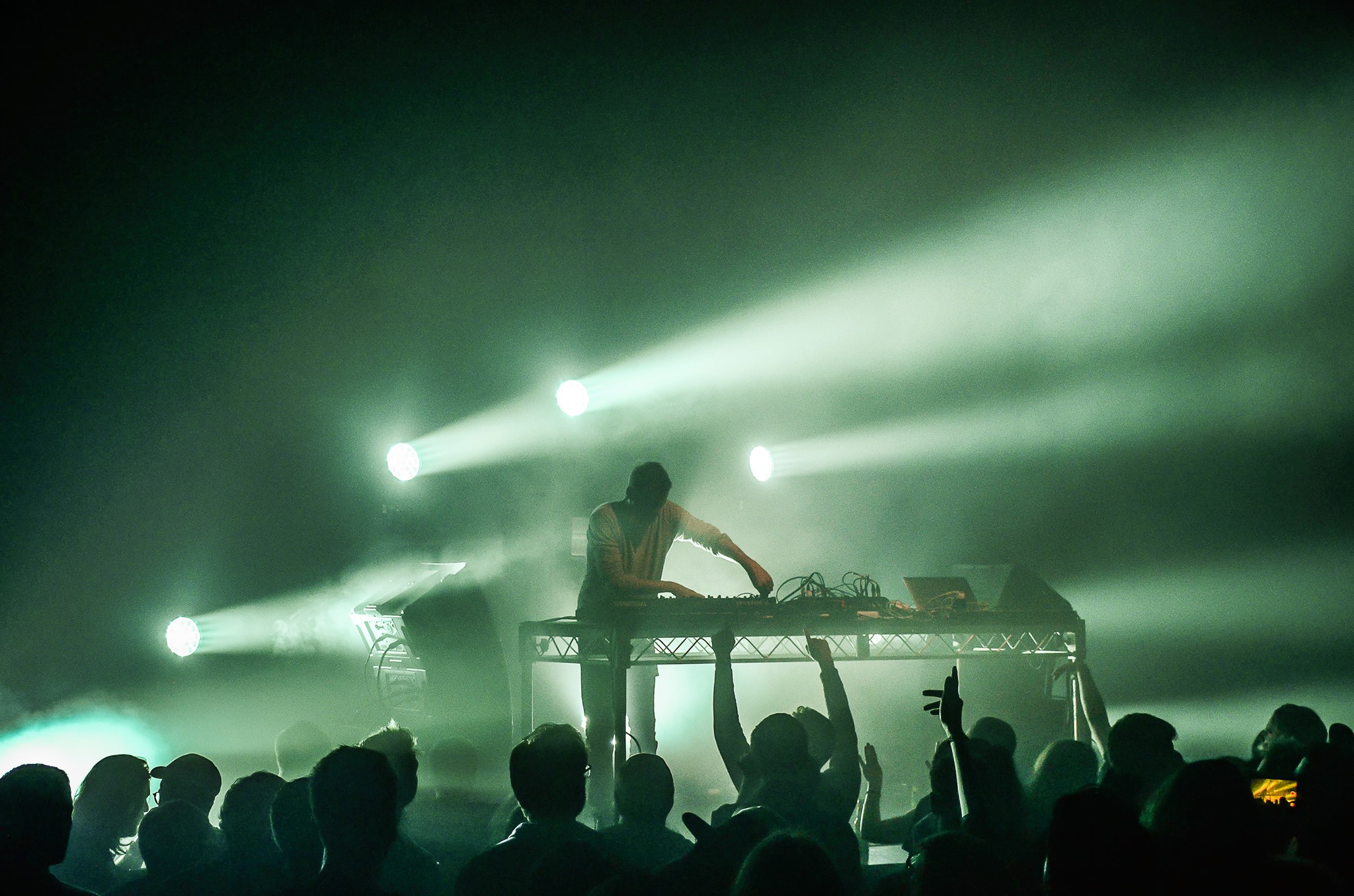 Basically, check their stuff out. As mentioned, Clark’s released a new album, “Death Peak,” and it’s a compelling listen well worth your time. Com Truise, for his part, is scheduled to release his new album, “Iteration,” next month, and if the show was any indication, your ears should thank him now.