Dragonette at The Imperial 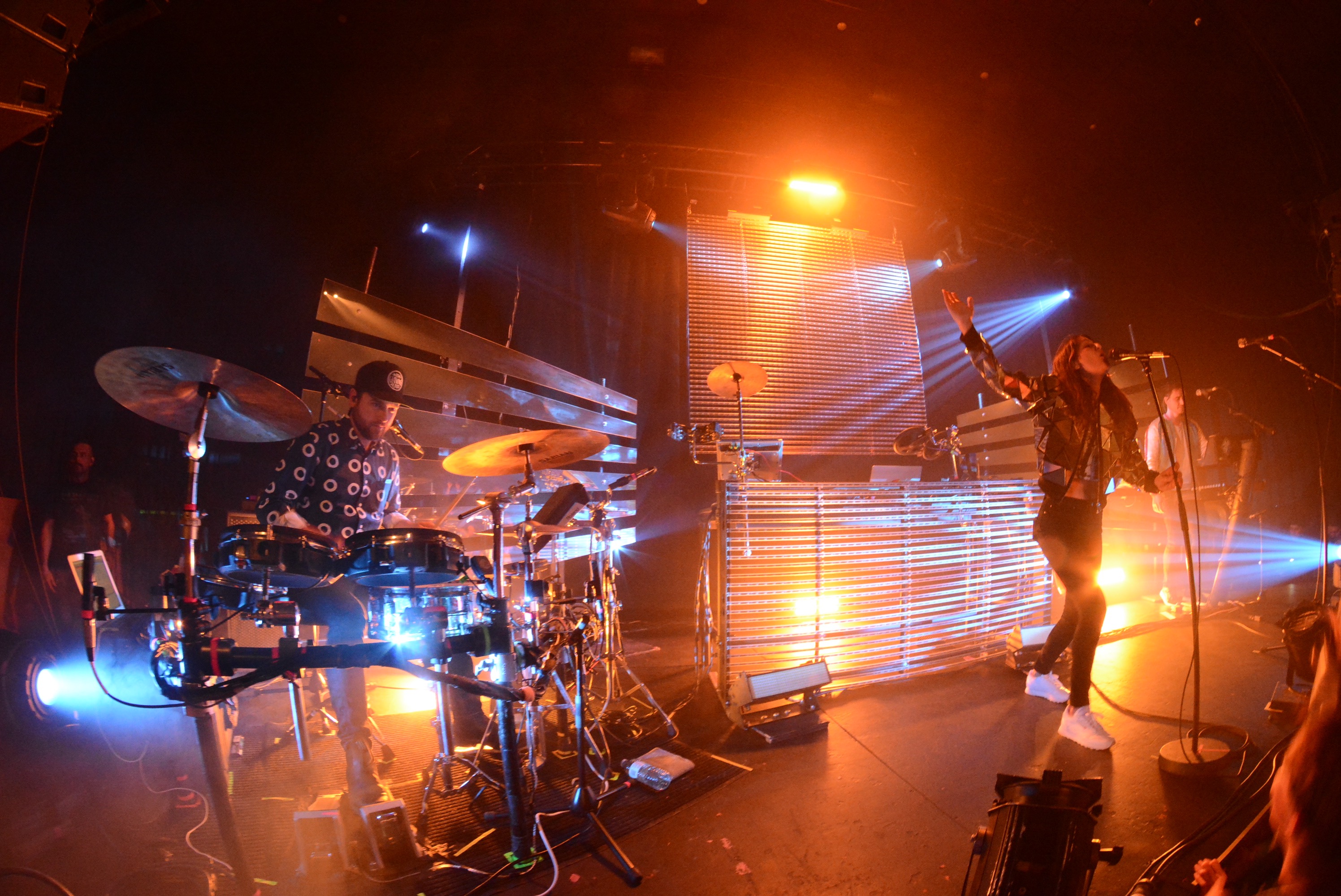 Dragonette comprises Martina Sorbara, Dan Kurtz, and Joel Stouffer. Neither Kurtz nor Stouffer have their own Wikipedia pages, but they are nonetheless good musicians and helped contrive an immensely entertaining show last night at the Imperial. If one could score a show’s entertainment value on how much one drank and how much one danced, we’d all give last night’s Vancouver edition of the Royal Blues tour tens, yeah, tens all round. Our shirts were sweaty and our heads now ache.

But mistake them not: these electro-pop hits are inspired by complex feels. Like the feels probably associated with separating from your spouse yet remaining together in the band and producing another record. That’s Sorbara and Kurtz’s situation and that record is Royal Blues (now you get it, right?? “Royal” because it’s a grand, flashy LP, “Blues” because they were sad while recording).

Sorbara keeps it lit fam. When asked about deciding on a name for the tape she was like, “let’s get real. I’m the boss. If you’re the only girl in the band, you’re the boss.” Fuck the patriarchy tho!

Yesterday she wore a short jacket covered in reflective triangles that looked like shards from a broken mirror. Grooving concertgoers were allowed glimpses of themselves in the shards and so reminded that they are an integral part of the Dragonette experience, as with any live experience.

If you feel like listening to one song and one song only from the album, “Darth Vader” is my pick, yeah, cos of how dirty the synth is. If you took a synth sound and left it under the supervision of pigs in their pigpen, likely it wouldn’t get as dirty.

Also worth checking out livetronica band The New Deal, Kurtz and Stouffer’s other project.

c u on the dancefloor 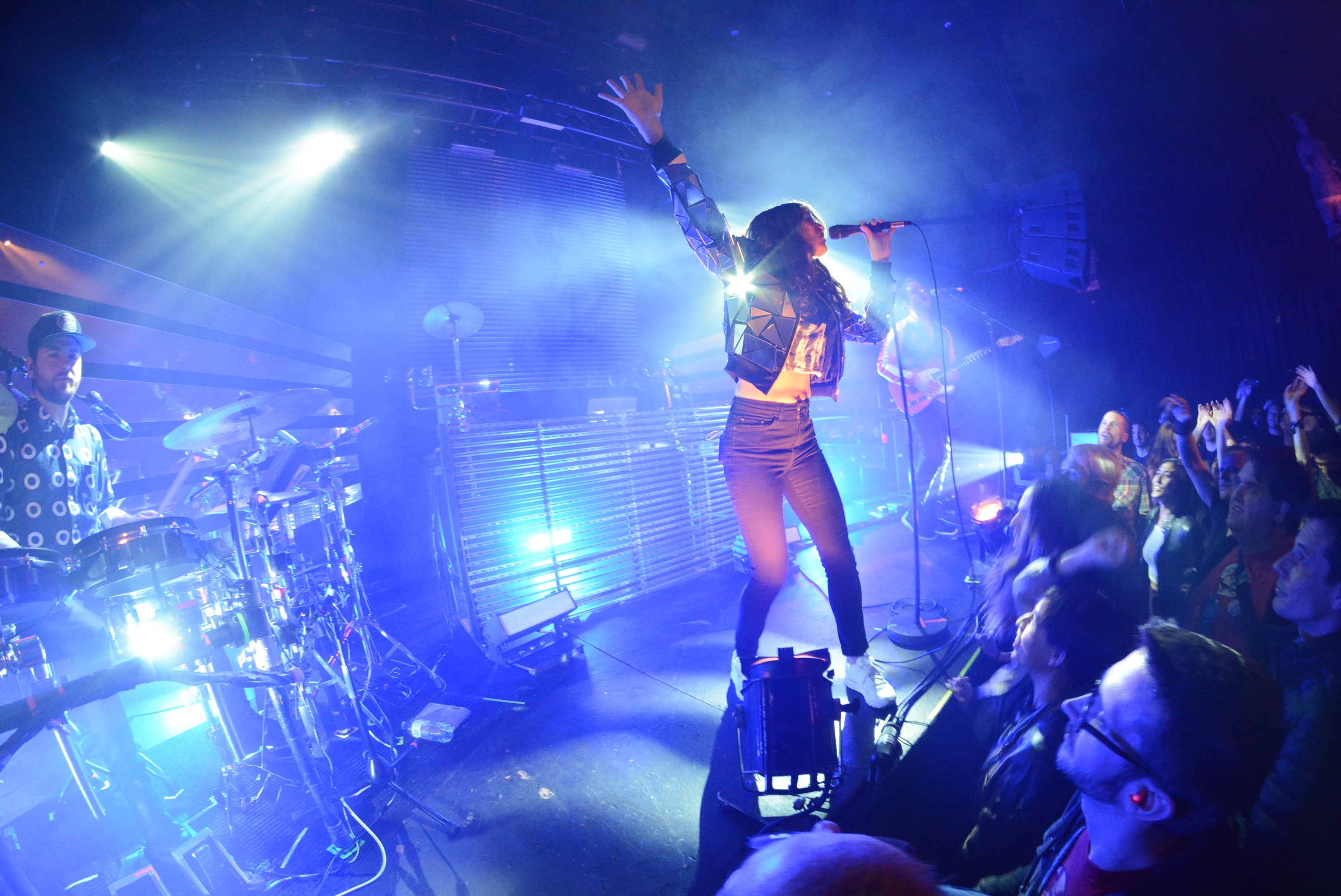