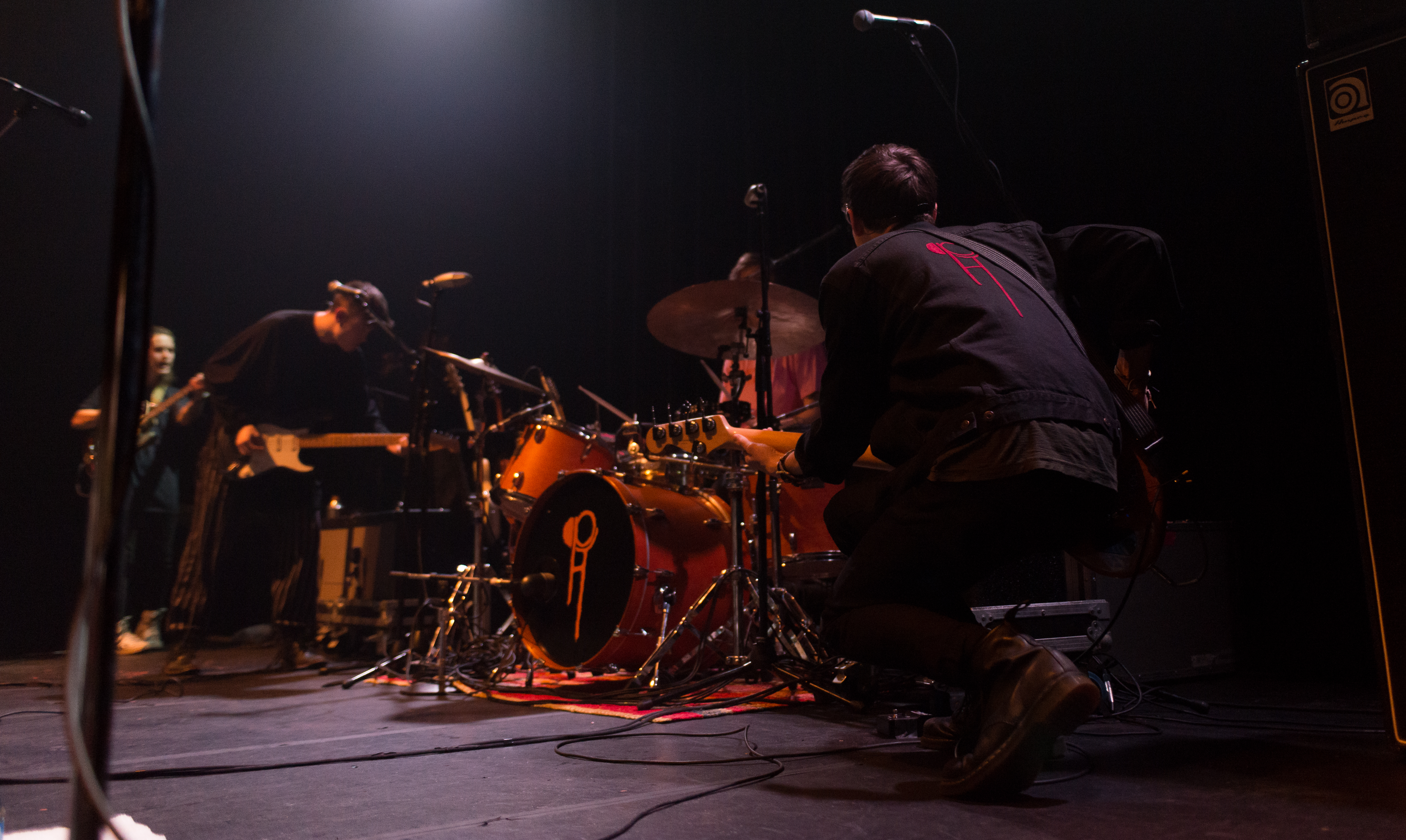 There are blue lights as the ensemble enters. Five boys walk on stage and the crowd shrieks.

Hippo Campus, an indie rock group hailing from Minnesota, have been touring since their first full-length release, ‘Landmark’ in early 2017. 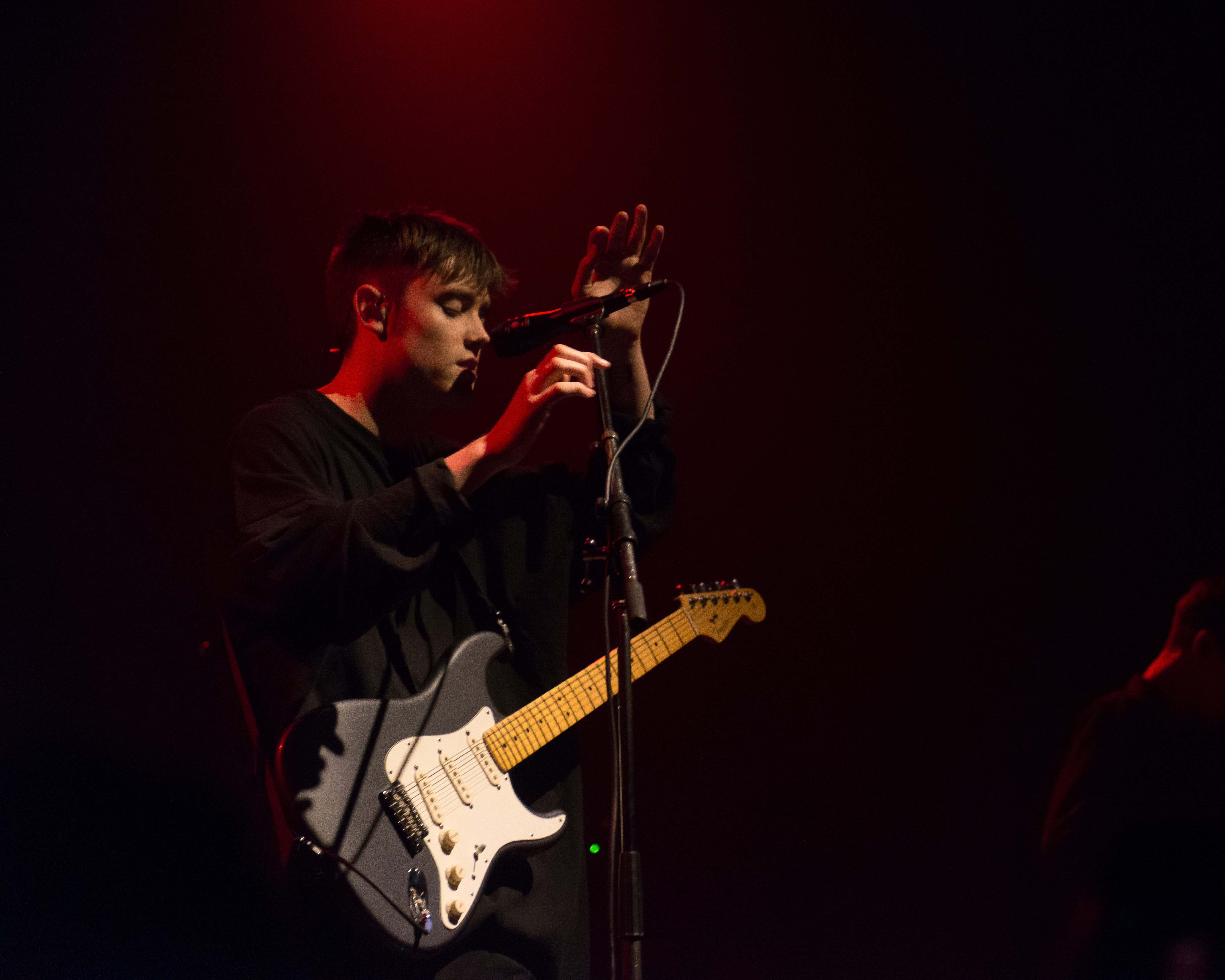 It is blue and then dark and then Jake Luppen, the 22 year-old frontman, becomes spotlit.

A mature and impressive voice rings shrill in the opening few lines of their set. Jake calmly swaying as the rest of the band bob their heads, rather fiercely resembling pigeons. This is indie rock- and I am not entirely sure what’s more impressive, the at times perfect addition of trumpet segments to the fierce array of twang, or Jake’s own confident, appropriate presence.

I say appropriate because often indie leads just don’t know what to do with their bodies. They over-contort in attempt to match the often wacky ‘n poppy cadence of the genre; however, Jake does not over-do it. It seems he is focused on other aspects of the performance: his rhythmic shredding and maintaining that angelic tenor voice of his. 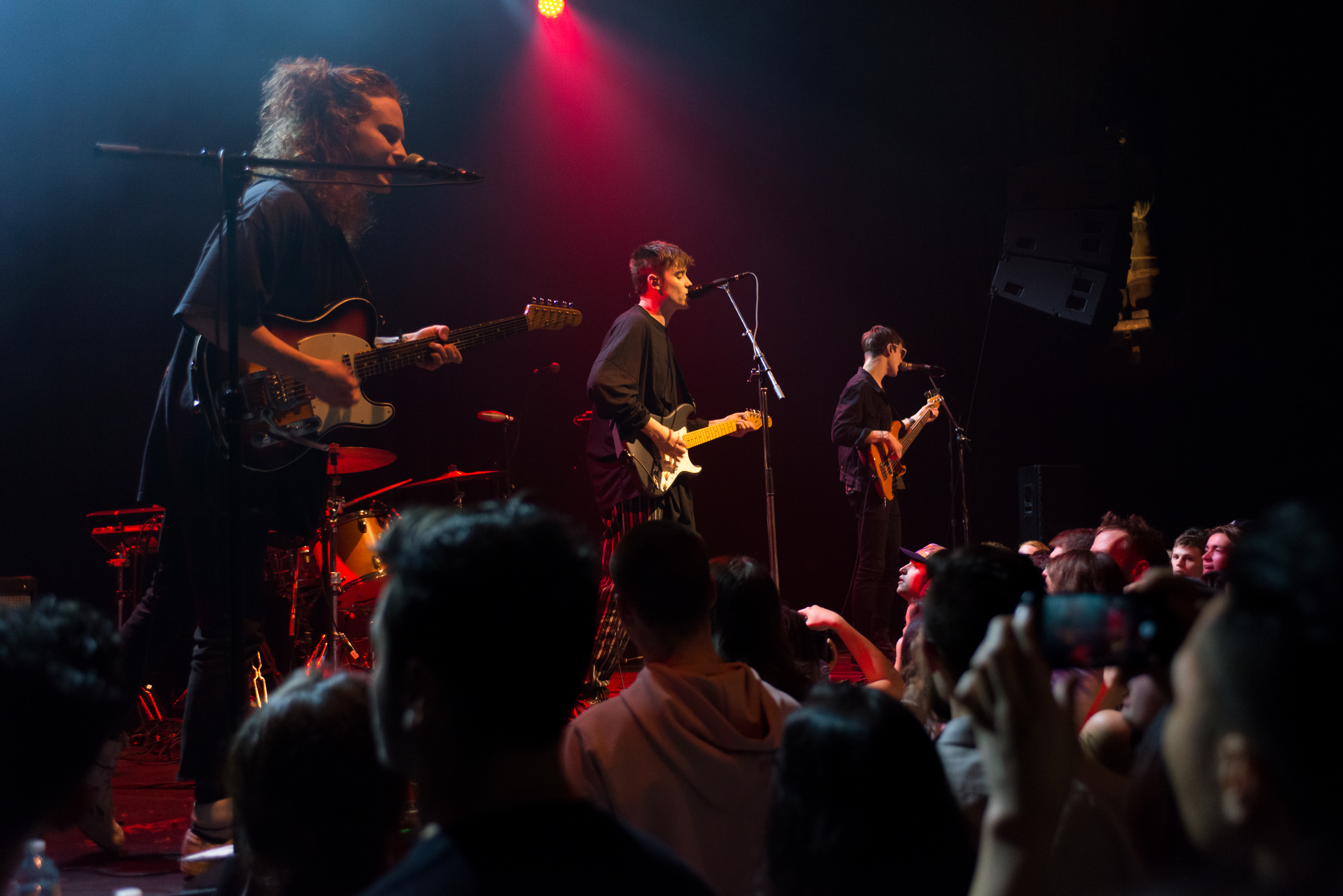 The first song incorporates a soft trumpet interlude to which I am generally flabbergasted. I often fixate during performances on things that I find impressive or eccentric. First song- totally innovative indie banger. Great, great opener. Honestly this trumpet is killing it.

The second song, called “Suicide Saturday,” hits with snappy and clear drums about. It is somewhat of an ode to the traditional indie track, with a wickedly catchy chorus:

it was a Suicide Saturday,

Something this catchy is dangerous and kind of has me wanting to commit. 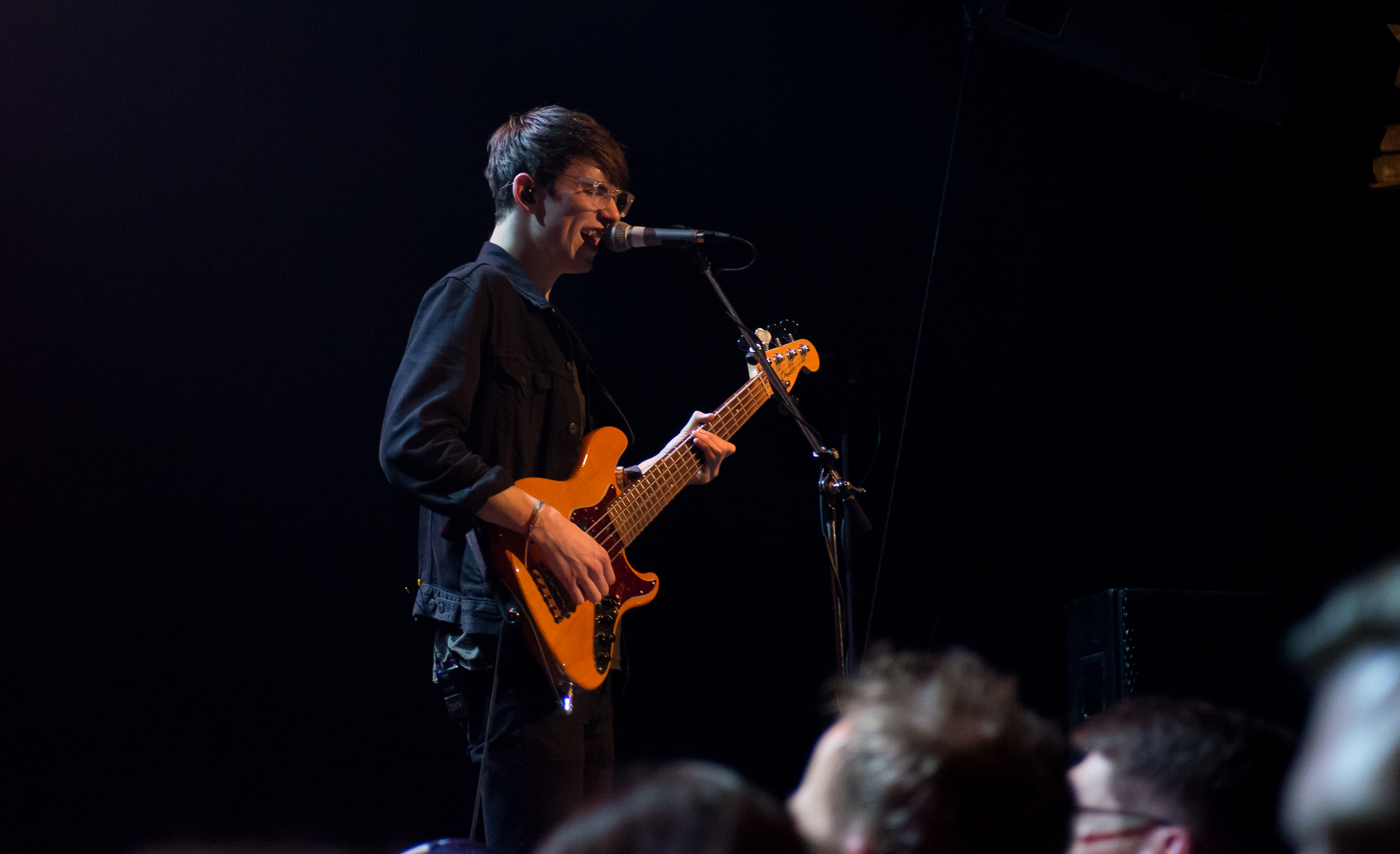 Throughout their set, they are constantly setting different moods- whether changing from quippy verses to soft asides, or catchy choruses to slow outros. But I think the brilliance of the act is in the way they transition from one to another in an engaging and honestly unnoticeable way. Which is impressive, considering their diverse soundscape, at times even with incredible bass lines literally shaking my very bonesies.

The climax arrives when after a lengthy built up intro, and they begin playing “warm glow”, which showcases the impressive vocal range of Jake and the groups overall ability to hold musical tension. 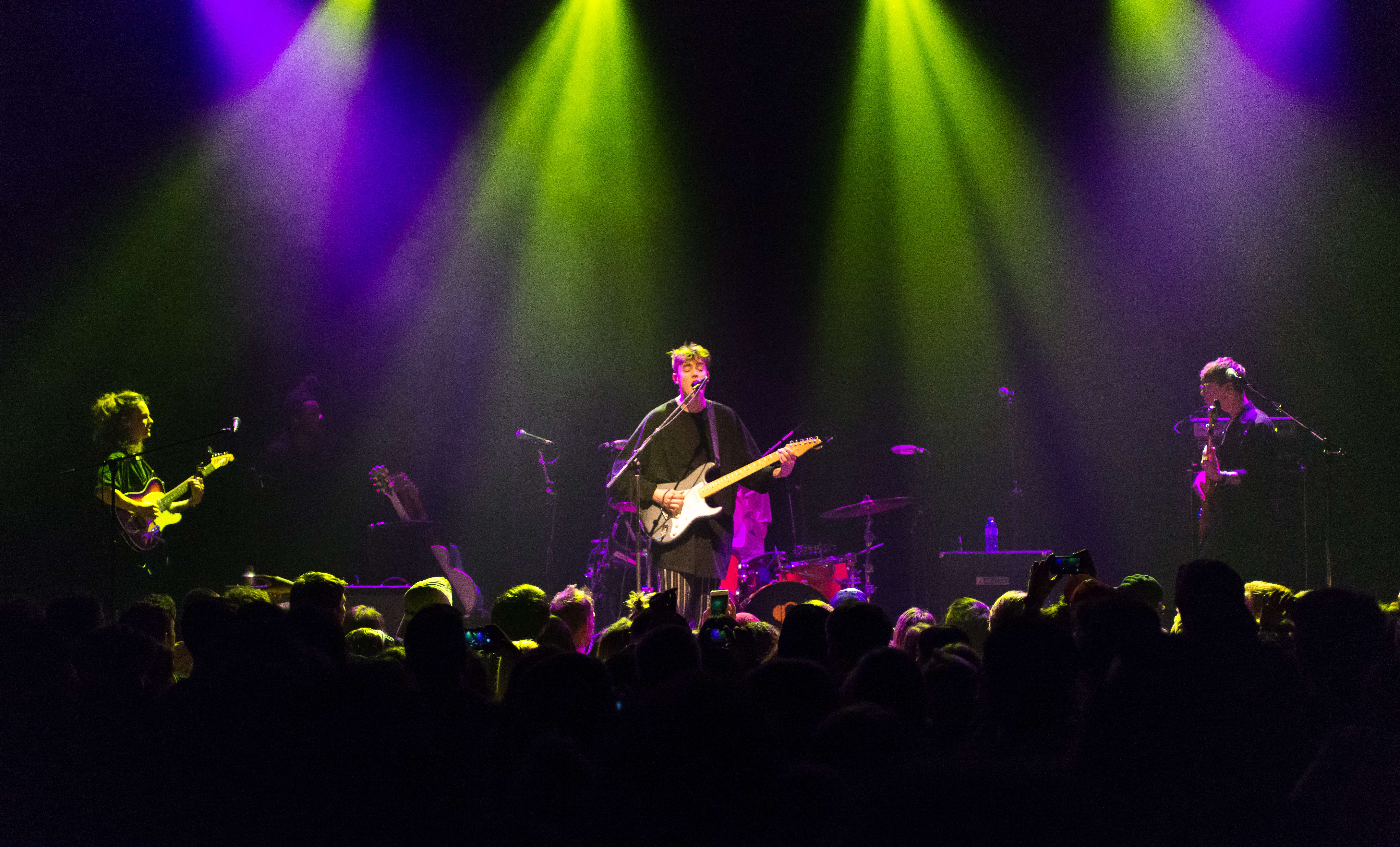 So what sets Hippo Campus apart from the indie sea of almost indistinguishable riffage twangboys? Their songs are a balance of the energy that the genre has to offer as well as the sensibility of musicians that want their songs to be dynamic. Full of not just energy, but all kinds of emotion. Each song offers a string of sad-happy, slow-energetic, interlude-segment compositions. These guys ain’t brainless, these songs ain’t brainless, these boys are mad talented.

And the trumpet keeps blowing. What a champ.