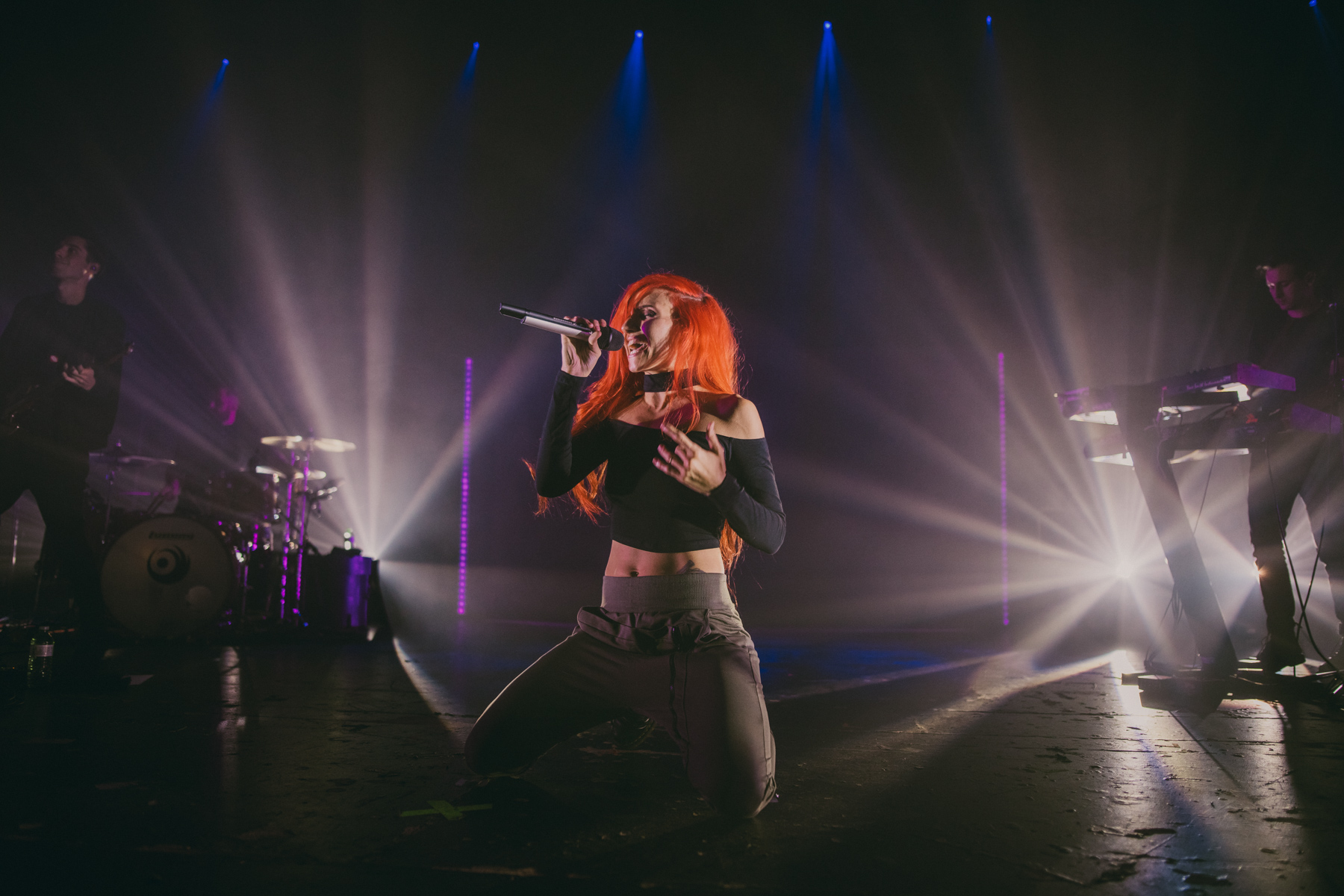 Lights pixie pop phenom has been creating pop jams since the since the late 2000’s, becoming popular with the rise of toy-synth musicians like Owl City.

Imagine it is the late late 2000’s. A slew of angsty self-entitled millennials occupy the world’s high schools. Post-scene-pop-rock is what they listen to, and they’re emotional. I know because I was one of them and I loved it. I often listened to bands such as the All-American Rejects and Yellowcard, bands which preyed, or rather appealed, to my high school worldview of mostly confusion.

I remember Lights being somewhat of a fringe scene kid, occupying the niche left in the wake of the aforementioned POP ROCK BOYZ, sporting scenester hair and resembling early YouTube virus boxy. She blasted onto the scene with quirky and smooth pop hits like Saviour and Ice, with equally surreal bedroomcore music videos.

I arrive just as the second opener is finishing. I wait. It is dark, and I don’t know what to expect. 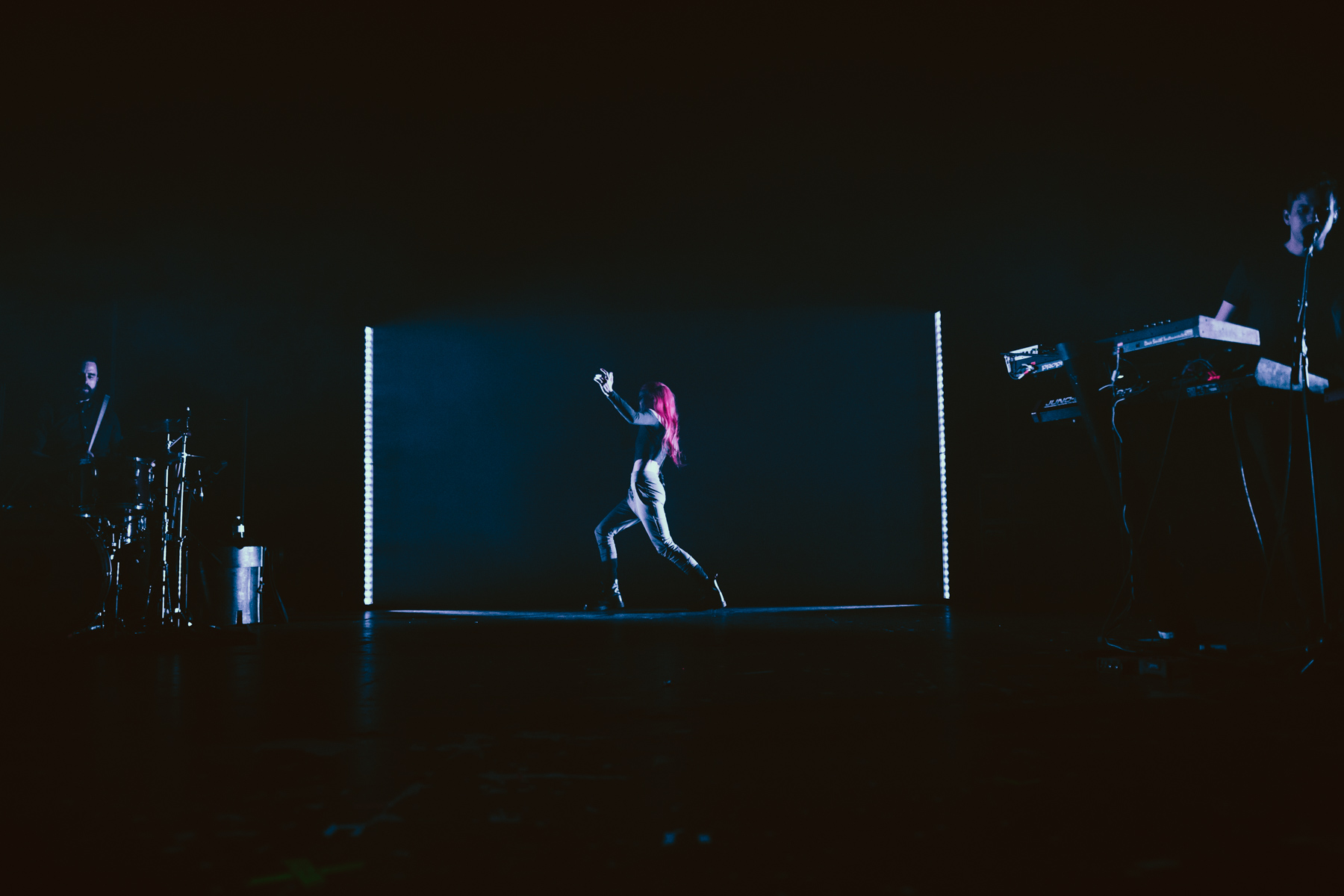 The crowd is murmuring as Lights enters and they all go wild, and then she begins. Wild pink lights are happening, flashing, and the opening song is what you would expect: energetic, captivating, loud. It is not reminiscent of the soft pop I was used to hearing from her.

She appears to have evolved into a super Christian version of Kesha, in the best way.

Second song is a pop rock jam, what I imagine a saloon-style club from the future would sound like, with a little country twang going on.

The third song is a throwback. ‘Second Go’ from her first full length release in 2009, ‘The Listening’. This is the Lights I remember and it brings back some melancholic memories of lonely teen walks I had around the park where I grew up.

Further into the set we go, and I notice that the music she’s making has matured. It’s fun. It has certainly transformed from what in retrospect was a naive attempt at something emotional, to a refined pop rock. Her aesthetic is where her creative and weird core shines through. With huge long orange hair, I can tell she feels very comfortable with her image. And she is a heck of a performer.

The visuals are great. At one point the screen behind her begins to play a graphic novel scene which I later learn is a sort of fantasy she has enrolled herself in- she being this mysterious flame haired sprite. As the comic is playing, all sorts of candles are brought out on stage to form a sort of shrine. It’s theatrical and interesting- a mid-show séance really, and then out comes Lights with an acoustic guitar and a costume change. She begins interacting with the audience and playing old school hits such as ‘February Air,’ once again from her first full length release. 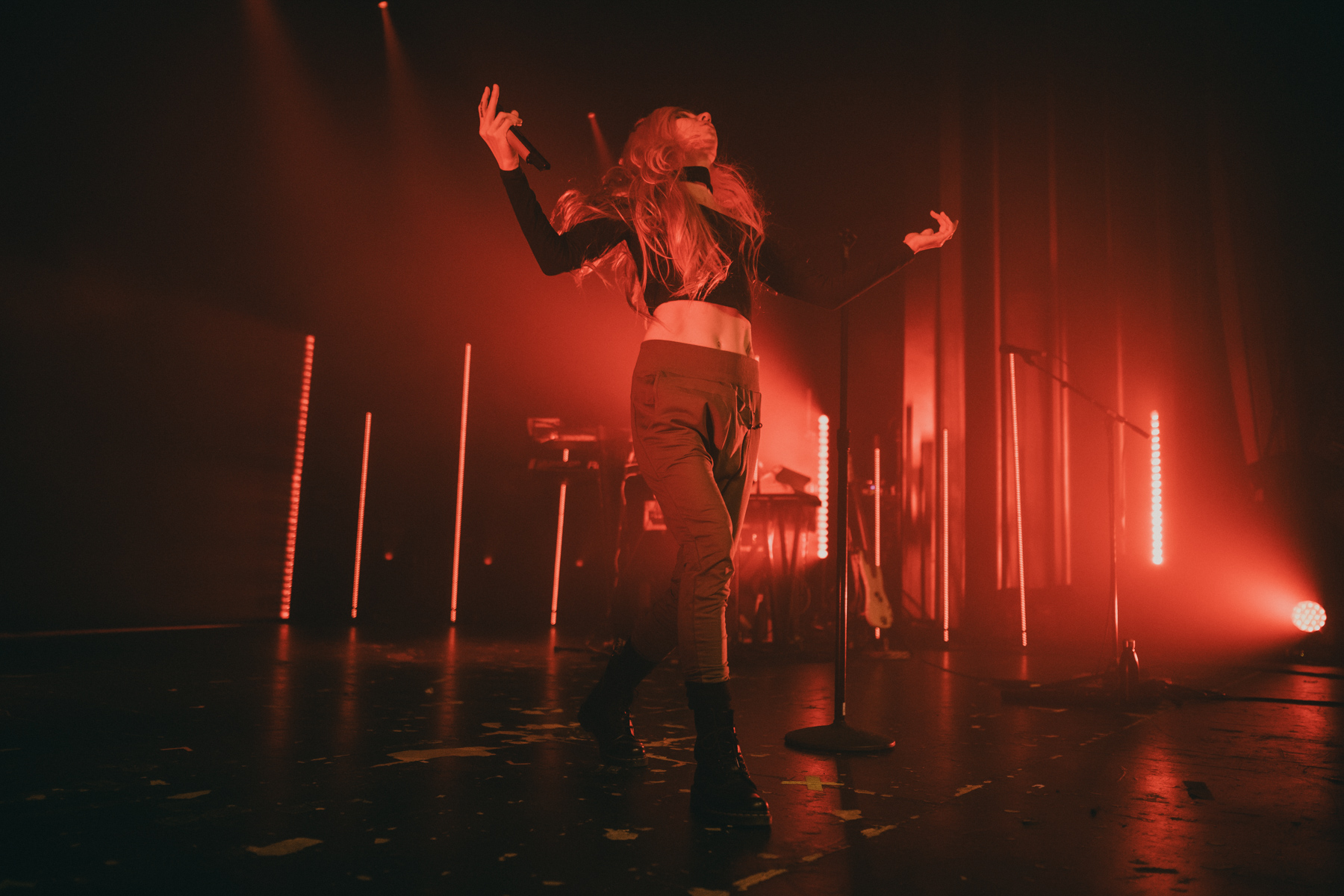 This show is really an experience. I feel like if I were a die-hard Lights fan I would be getting my money’s worth.

Post-Séance, Lights once again goes backstage briefly for a costume change. She starts performing her newer pop-rock songs, once again bringing the energy in the venue up. I have to say the energy dynamics of the show are really well executed. The acoustic set in the middle of served as an intermission between two different climaxes.

Overall, the show was an incredibly nostalgic experience. Lights has really refined herself and she’s doing her- whether it is in the imaginative fantasies she’s thought up or dying her hair random magical colours or jamming to pop blasts, she has come a long way from the amateur bedroom pixie she once was. Some would say a Kesha from a different dimension where flaming unicorns and colourful surreal wastelands and bass are the norm. Lights now- a musical phantasmagoria. Yup.