Curated by NOFX frontman, Fat Mike, Punk in Drublic is a touring festival that celebrates the hedonistic, beer-soaked spirit of punk rock by bringing together a line-up of fresh and legacy punk bands, along with a beer festival offering unique craft beer.

I joined the hoards of punk rockers that descended upon the PNE Amphitheatre for the second-ever Canadian date, which featured NOFX, Bad Religion, Anti-Flag, The Real McKenzies, and Chixdiggit. The sky was clear and the sun beat down. By the time I’d made it through the gates, I was damn thirsty.

In a slightly un-punk move, the craft beer tents were only open for a few hours at the beginning of the day. This made for an in-cohesive festival experience as the beer fest and punk shows were separate entities. Either way, there was no way I was going to waste my precious beer tokens so I chose to endure long lines in the blazing parking lot to make the most of my short time at the beer festival. Here are my thoughts on the beers I got to sample:

Fuggles & Warlock – Fusion West Coast IPA: Kinda standard IPA with hoppy, woody tones. I was a little disappointed because F&W make the Kiwami Plum Sour which is one of my favourite beers ever, and it’s just so unusual tasting. I was hoping for something weirder from them.

House of Funk Brewing Co. – Funk Juice Vol. 8, Coconut and Pineapple: I’m a sucker for a sour and this was probably my favourite beer of the fest. It was yummy, potent juice and in the midday heat, it conjured up visions of a sandy tropical island.

Taylight Brewing Inc. – Slack Tide Hazy Pale Ale: Tasty af, rich, and fragrant. This one had a flavour you had to literally scrape off the back of your tongue. I could probably only drink one or two of these. It was probably only 5% but tasted like 7%, for sure.

Dead Frog Brewery – Moscow Mule Lime Ginger White Ale: Fresh, light, and fizzy with a ginger-lime aftertaste! A decent summer lager that helped rinse my palate after the heavy Taylight. This one really quenched my thirst, thank you.

Electric Bicycle Brewing – Tart Pale Ale: I was drawn to Electric Bicycle because of their psychedelic red and blue tent that hurt my eyes to look at. I didn’t regret my decision. I could’ve mistaken this ale for a sour as it was so citrusy and acidic. Loved it.

Because of my beer tasting diversion, I only caught the end of Chixdiggit. The Calgary band offered your standard Fat Wreck style polished pop-punk. Nasally vocals, whoas and all. With the crowd still filtering over from the beer fest, the sound seemed lost in the space of the half-empty arena. The high-end guitars didn’t quite cut and the bass was boomy and washed out. Singer, KJ Jansen, gave a slightly obnoxious speech which featured many shout-outs, including several to himself. People seemed to dig their last song, “Geocities Kitty” and there were lots of sing-alongs in the chorus. The band got the crowd going, but their peppy shtik wasn’t for me. 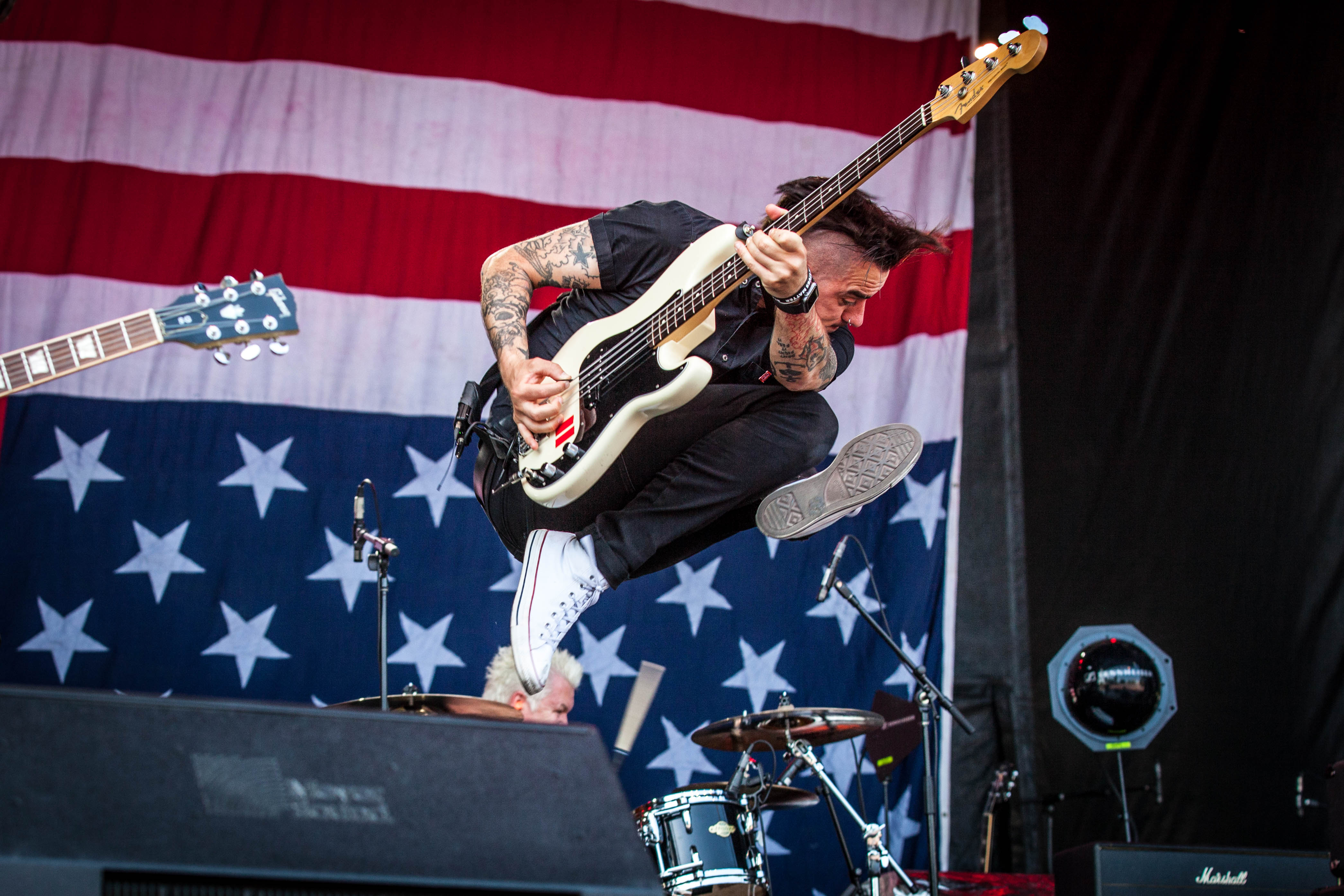 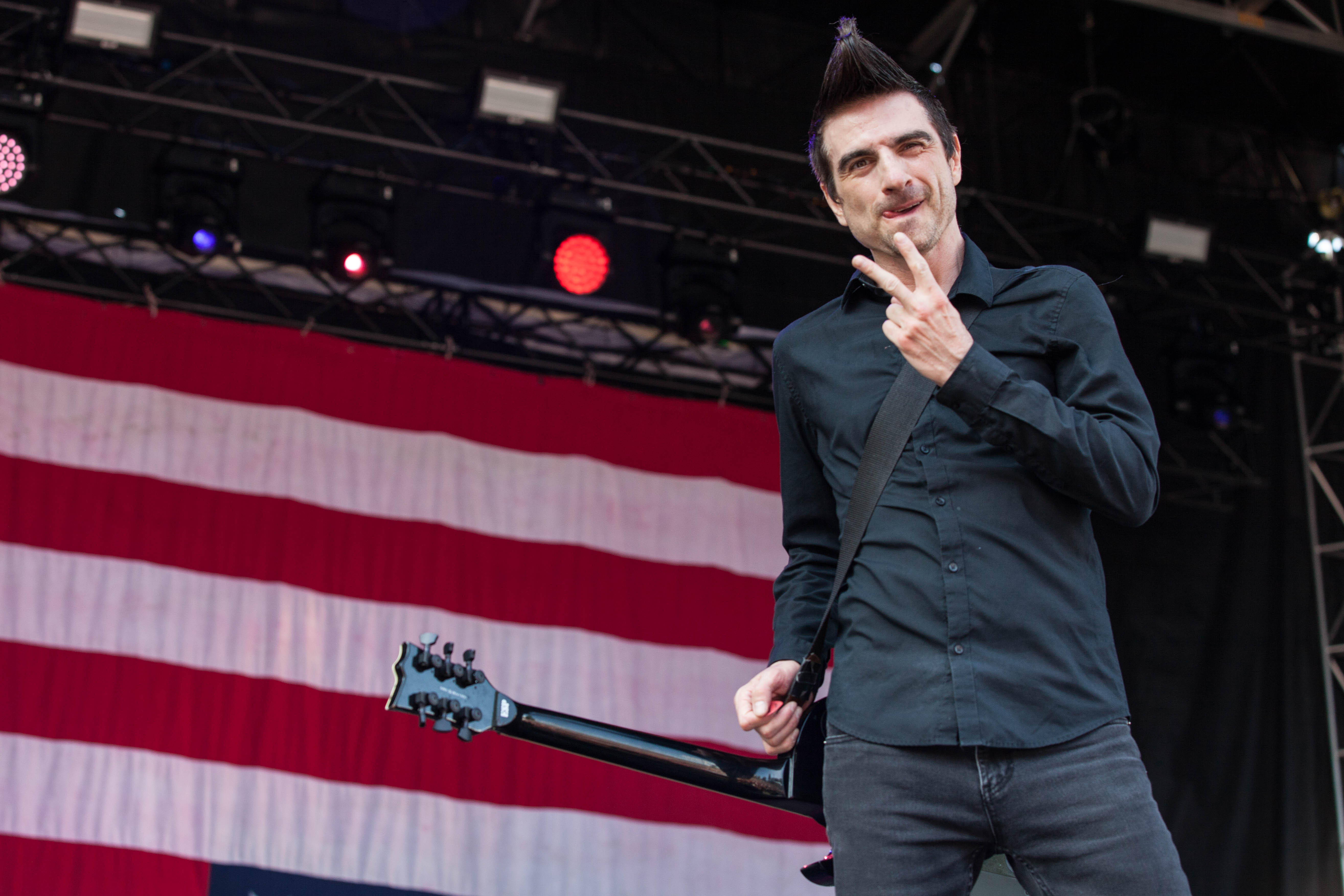 Despite being the only straight-edge band at the festival, political punks Anti-Flag proved that they can have fun too. The sound wasn’t much better, but they had the stage presence and tunes to make up for it. Their setlist rarely ventured beyond 2006 and featured “Turncoat” and the frantic “Fuck Police Brutality,” which welcomed the day’s first circle pit. Whether performing flailing stage acrobatics or preaching super-focused political messages, Anti-Flag’s energy was consistently intense. The set felt fleeting but they definitely left everyone wanting more. 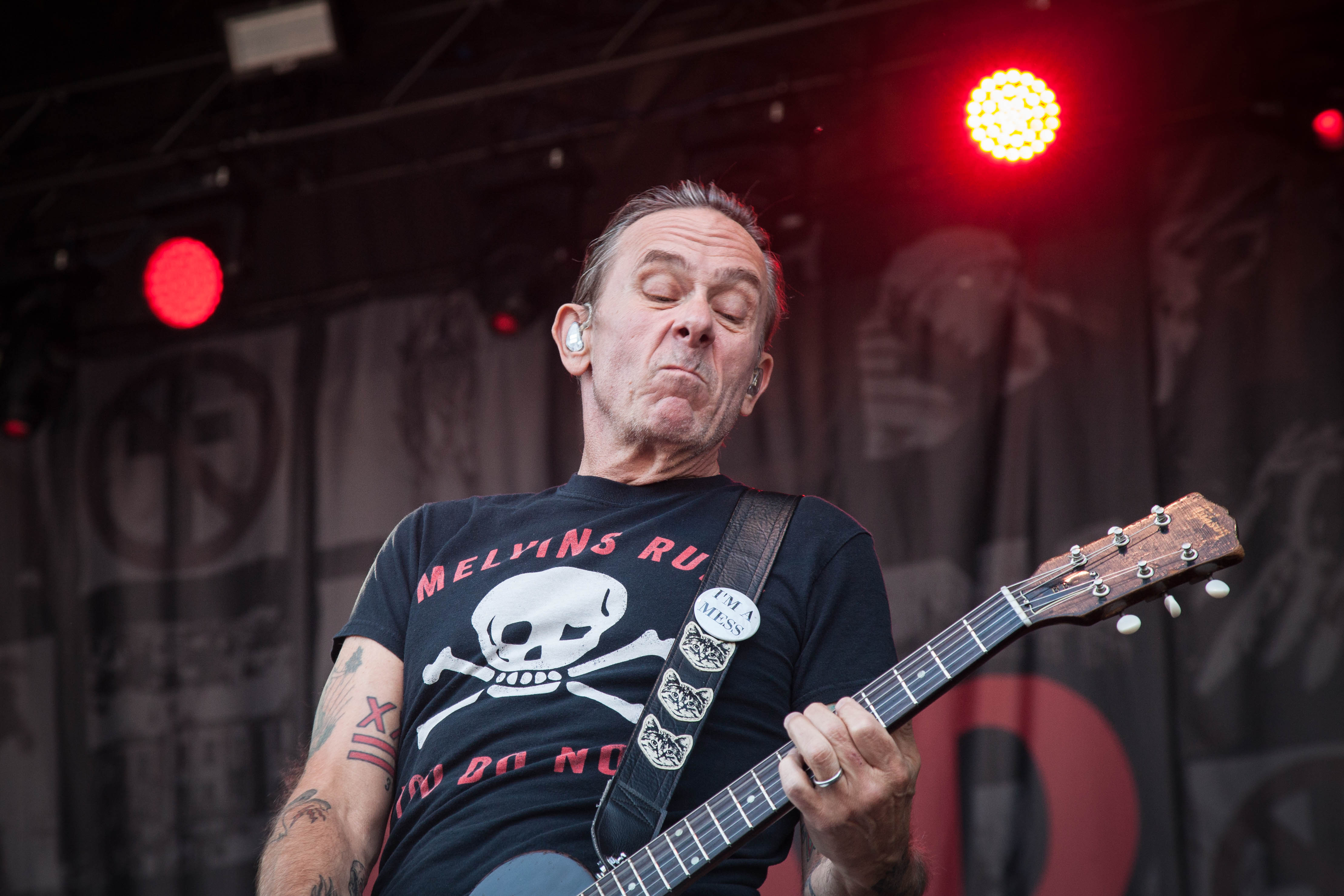 The crowd swelled in size to pay respects to the legendary Bad Religion. While the band members now look like a bunch of college professors (and I’m pretty sure vocalist Greg Graffin actually is a college professor…) they’re definitely not past it. They blasted through a 20 song, career-spanning setlist. The opener, “Fuck Armageddon,” was raw and ferocious with its speedy power chords, soaring vocal melodies and harmonies. “You” won the nostalgia award for giving me flashbacks to playing Tony Hawk’s Pro Skater 2 on PS1.

They mostly played tunes from their 2019 album, Age of Unreason. New songs like “Chaos from Within” and “End of History” stay true to Bad Religion’s melodic punk roots but exemplified the fact that in all the years they’ve existed, the band has remained more or less unchanged in terms of style. I’ve really got to give it to Bad Religion for their passion and professionalism. These guys have been together for almost 40 years but still played harder and faster than bands half their age.

The last time I saw NOFX live was over 10 years ago, so when they danced onstage to “Time Warp” from Rocky Horror Picture Show, it seemed pretty on point. I soon realized that even though so much time had passed, not much had changed.

They played a ton of fan favourites, “Linoleum” and “Perfect Government,” and the second Tony Hawk’s Pro Skater jam of the day, “Separation of Church and Skate.” The classic tracks whipped the crowd up into a sweaty mass of mohawks, dreads, and bare torsos. They also peppered the set with some reggae numbers, including a cover of Rancid’s “Radio,” that helped to switch up the pace and added to the fun, party vibe.

Drummer, Smelly, was relentless as he smashed the kit with his signature beats. Guitarist, El Hefe, parped away at his trumpet as the audience oi-oi’d  their way through “Bob” and he backed up Fat Mike’s leads with flawless vocal harmonies throughout the performance.

As I mentioned earlier, the fest was plagued with sketchy sound, which was a shame for NOFX, a band that loves to talk shit between songs. From my position, I could barely hear their stage banter. Fat Mike and co seemed unaware though, as there was A LOT of it. I did catch one particularly offensive joke that I wouldn’t dare repeat. Even after last years’ Punk in Drublic controversy, they still found time to try and cause offence.

Like partying with your oldest buds, there’s something extremely comforting about the familiar fun of a NOFX show. After 10 years, I thought things might be vastly different. But what I got was NOFX by numbers and that’s not necessarily a bad thing.