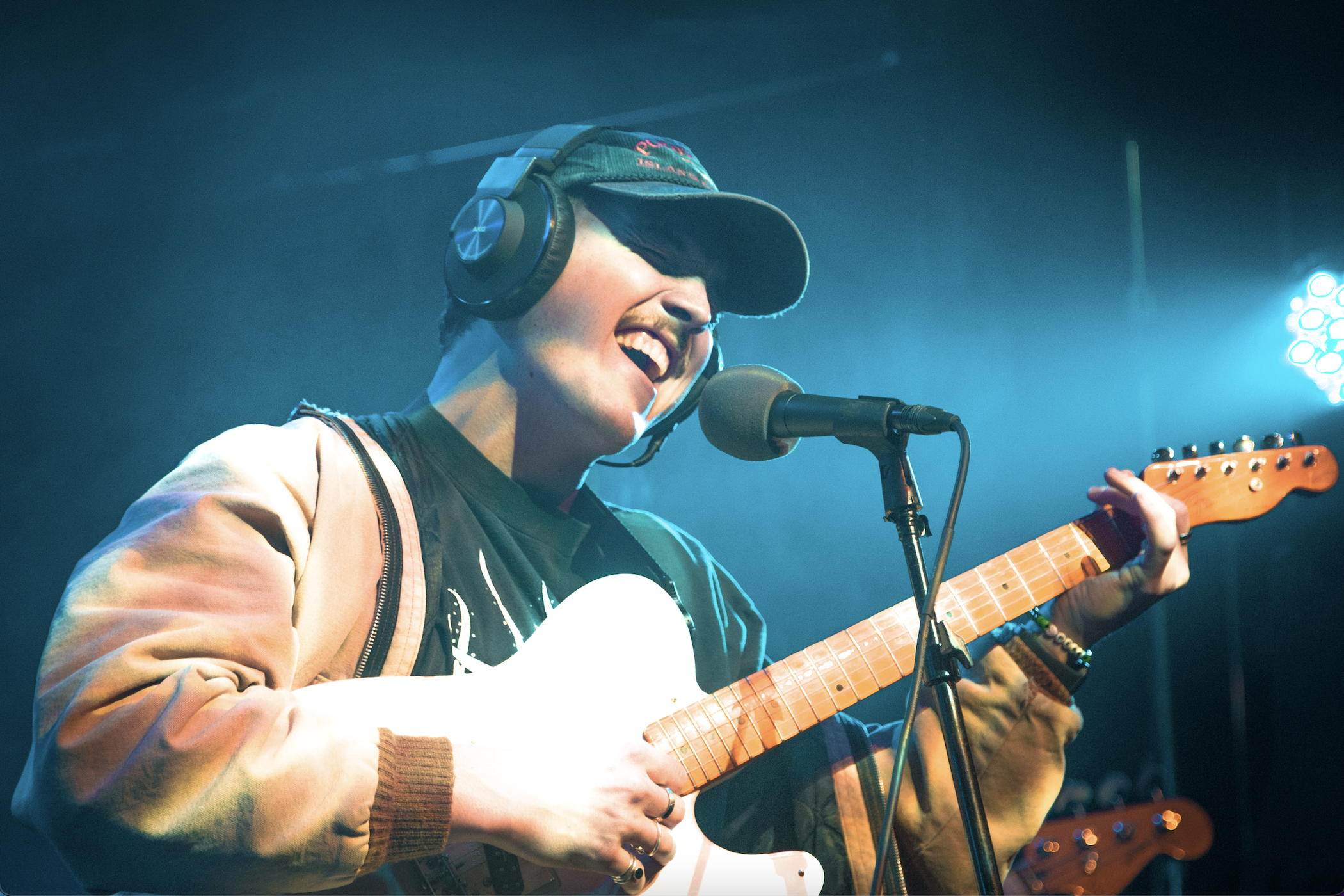 Ritt Momney was my first concert since covid hit. I had been starving for a solid night out with some kickass live music in an intimate venue. This Gen Z band of thrift shop t-shirts and pencil moustaches was just what the doctor ordered.

Set in the ever-iconic Fox Cabaret, the acoustics played out well in the venue. When it was time for Ritt Momney’s set, there were no dimming lights, and no stage changes (other than adding a few instruments). Using the same blue mood lighting and red velvet curtain backdrop as their openers, Ritt Momney and his touring band walked on stage, greeted by a mass cheer and without an introduction got to it, opening with “Paper News” from his 2019 album, Her And All of My Friends. 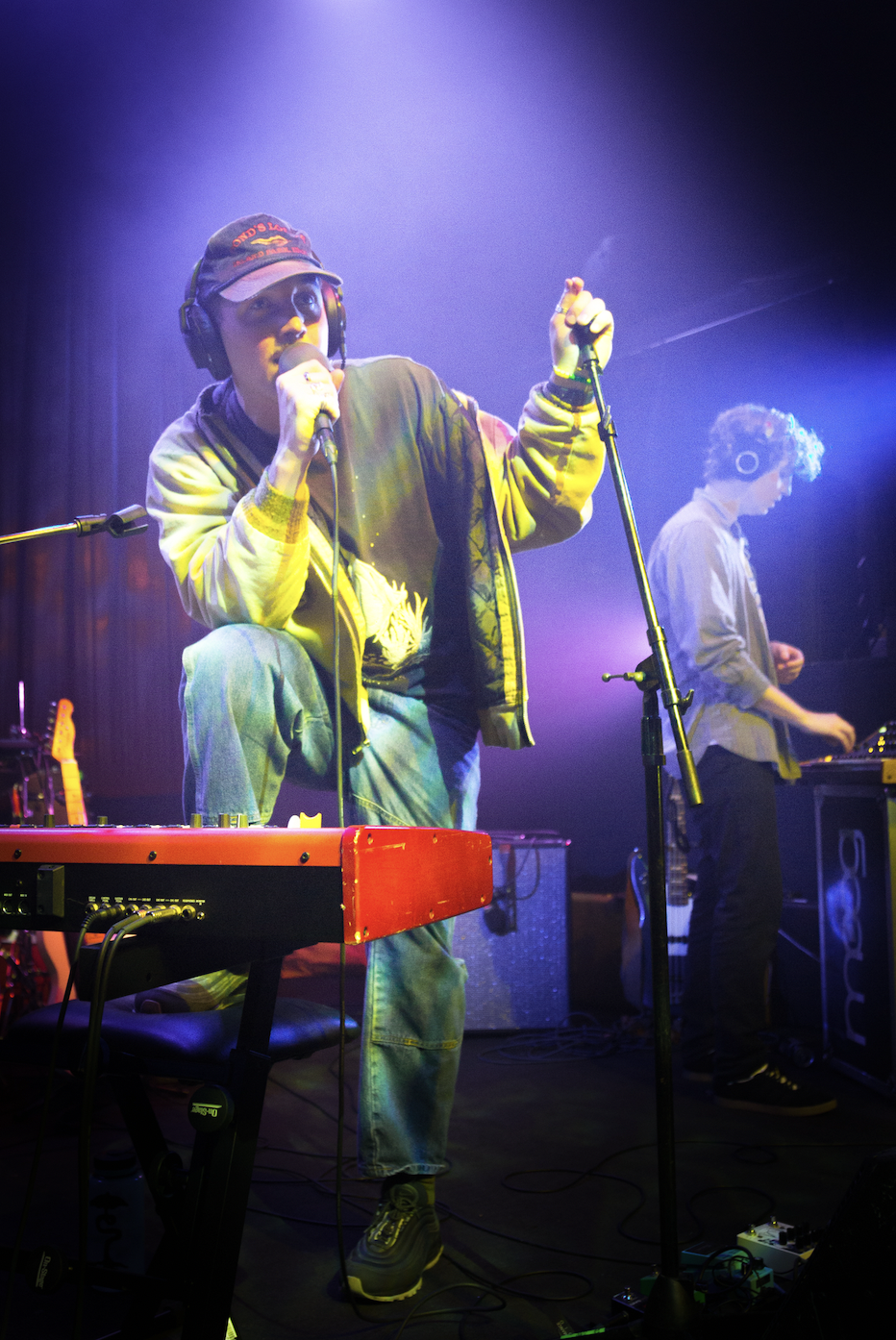 If you’re unfamiliar with Ritt Momney (aka Jack Rutter); he’s a Salt Lake City-based artist with a lofi-meets-indie-pop/rock sound. Ritt Momney had a major rise in popularity after his sleeper hit cover of Corrine Bailey Rae’s “Put Your Records On” went viral on TikTok.

Ritt Momney started the night slow and chilled, silencing the crowd with soft, pull-on-your-heartstrings tunes such as “Not Around”, “Show Runner 99” and “Command V”. Everyone had their hands to their chest swaying in unison as if under a trance. That trance was broken when Jack Rutter brought on a crowd favourite “Escalator”. The intro beat started, Rutter jumped from the keys sending the audience into a frenzy.

Rutter bounced around the stage changing instruments; from piano to lead guitar and just straight vocals. He got the crowd dancing, and incorporated the two opening acts into the set; performing his single “Sometime” ft. Shane T and “Set The Table” with Hannah Jadagu. The band’s chemistry on stage was fun-loving and comfortable. Their energy was contagious, you could feel the comradery and love for performing.

With a decently bare stage set up, a relatively small crowd and the familiarity in which Jack Rutter addressed his audience, it felt like you were at a bumping house party. The energy was high and it appeared nearly every person there was a loving fan, dancing and singing along, giving their full selves to the experience of the show. Even Rutter’s stage banter about losing his bag at the skate park and breaking into private rooftops to get a better view of the mountains was told as if he was chatting right to you. 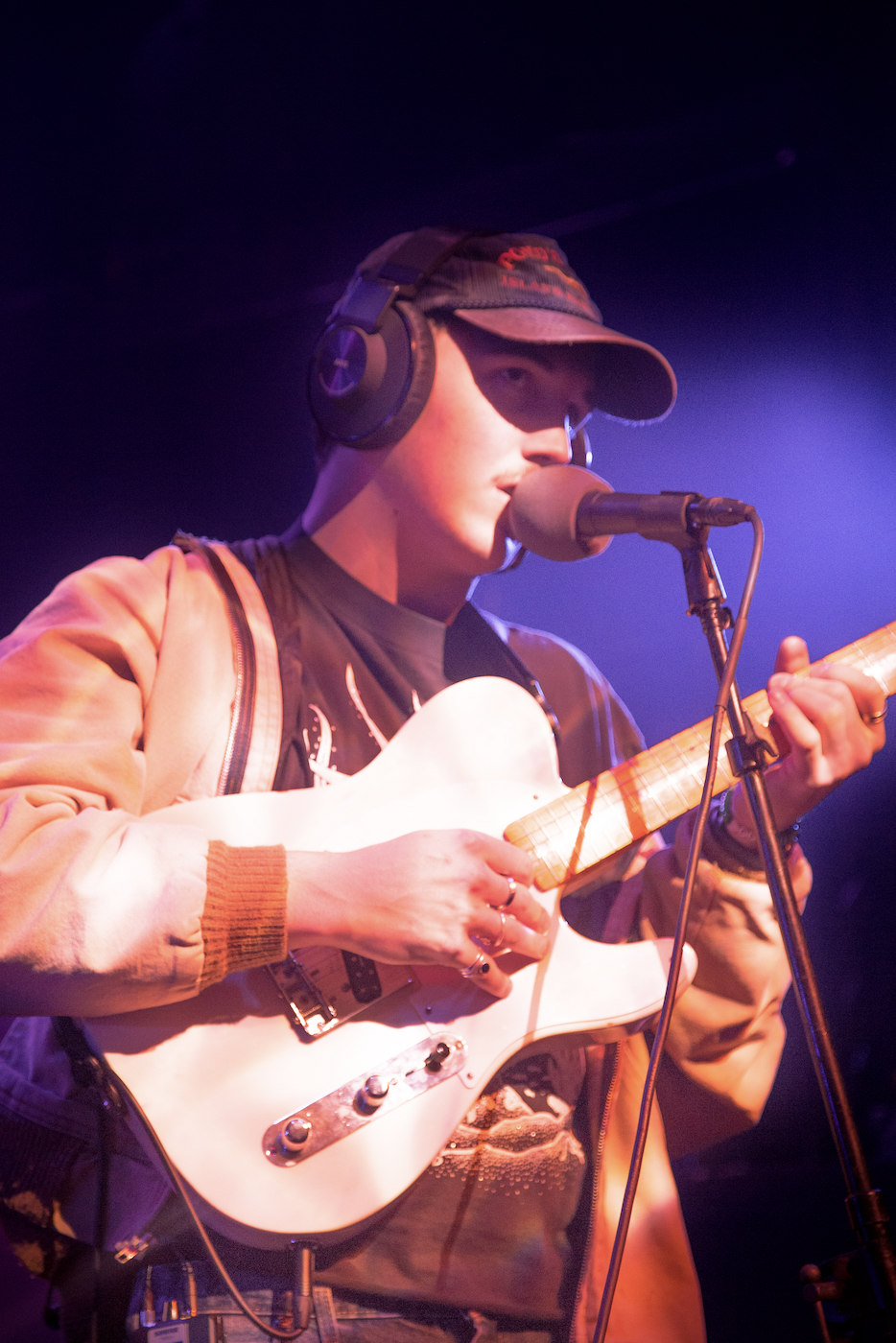 At the end of the show, Rutter apologized as there was not enough time for an encore. This didn’t seem to bother the crowd, not because one wasn’t wanted, but because they had heard everything they desired.

Ritt Momney was very open and cordial with the audience. When the set was over Jack Rutter took the time to take pictures and chat with fans. Beer in hand, Rutter stayed behind for an hour or two answering questions and shooting the shit with his admirers… me being one of them.

I had heard a few songs by Ritt Momney and wasn’t sure what to expect from him and his band in a live performance, but they blew me away. With an electric stage presence, top tier talent and respect for his fan base, Ritt Momney gives it his all. It’s not a show to be missed.