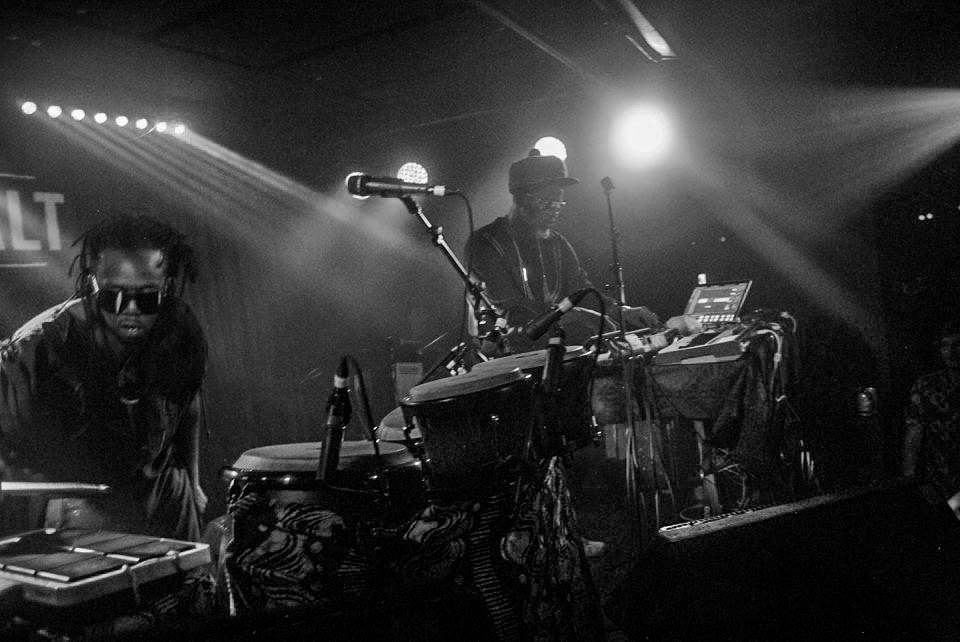 Now for obvious reasons, any show having to follow up Mickey Avalon at the Cobalt (Saturday Oct 7th) was going to be a tough play for this reviewer’s heart, body, and soul. Nevertheless, on a crisp Saturday evening, I made my way down to the Cobalt with my friend Brittney* as co-pilot to review Shabazz Palaces. Unlike at Mickey Avalon‘s set, she was not throwing up around the corner before going inside.

I think the best way to describe the crowd at The Cobalt for this show would be a collection of people who looked vaguely Australian, artsy bros you met 5 years ago in Montreal, and your parents coolest friends.

First and foremost, if you haven’t seen Shabazz Palaces live: do it. I don’t know if it was the live bongos, the soulful bass vibes, or the occasional maracas but they are one of those acts whose live sound adds another dimension (maybe even 3 or 4) to their recorded sound.

Palaceer Lazaro at times reminded me of a mix of Eazy E, Kendrick Lamar, and your favourite neighborhood beat poet who doesn’t shower (in sound only). He delivered his usual experimental verses, but also dropped a few freestyles that showcased his traditional capability on the mic.

Tendai “Baba” Maraire handled most of the instrumentals and showcased impeccable stagemanship that really made this show such a joy to watch. I’d say that when the two of them broke it down, their abilities could even rival Spoon‘s (whose jams are mentioned here). 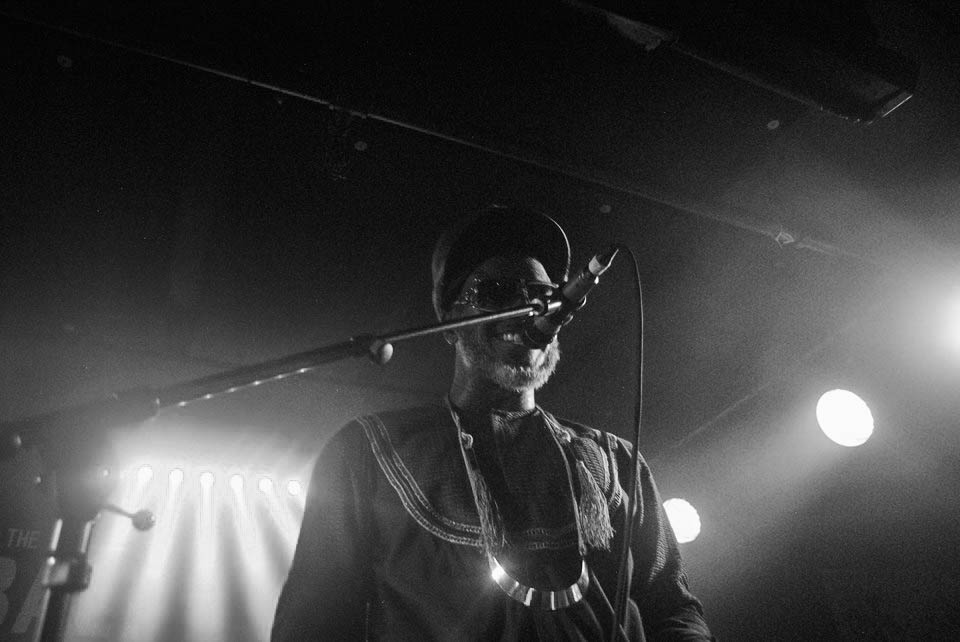 I was told by one of the aforementioned Montreal artsy bros that their live show had some interesting variations, like a sci-fi sounding remix of their own sci-fi sounding song. I was already convinced, but little details like this are what really make me recommend this Seattle-based duo.