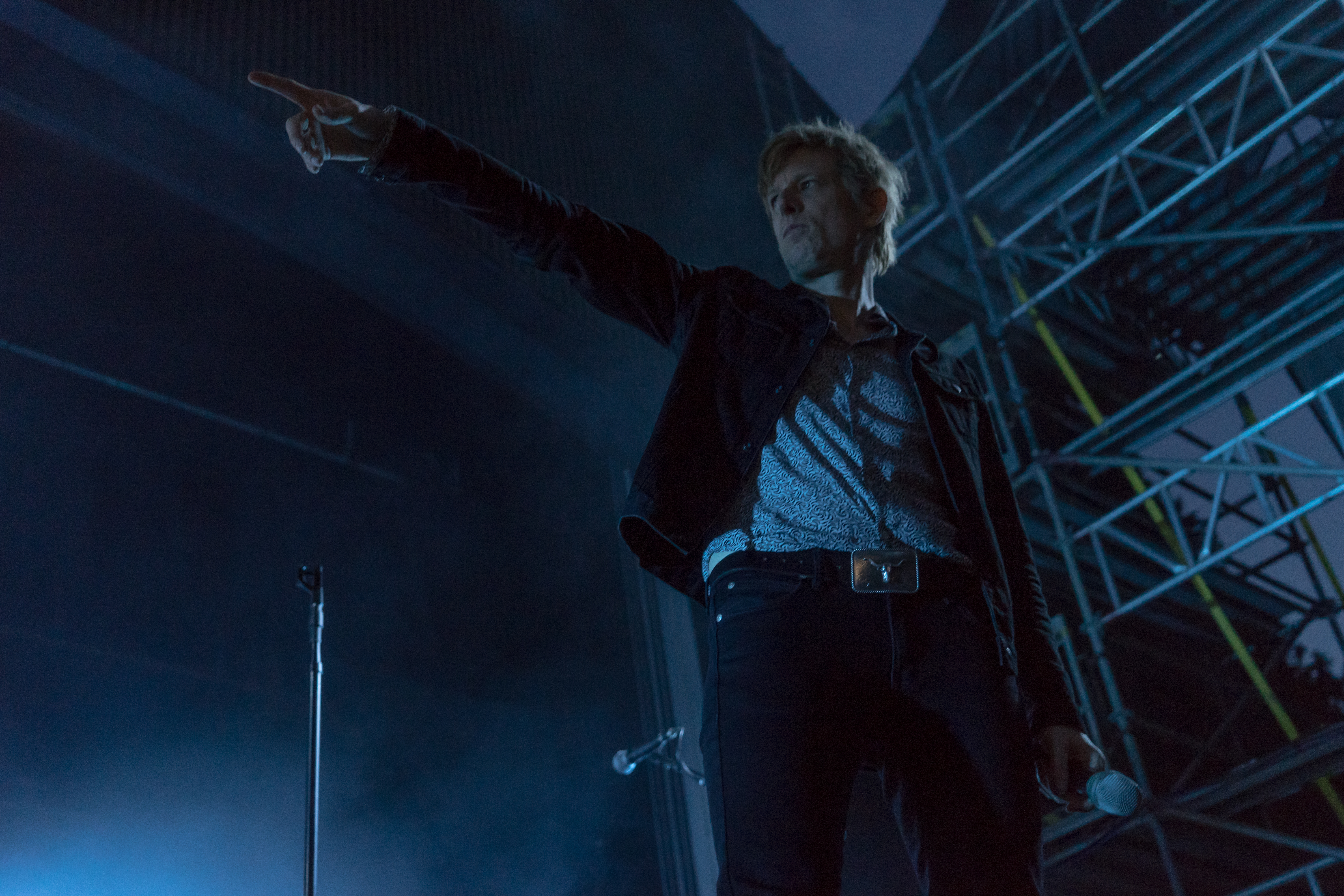 So when the powers that be at the NineEightSeven told me to go check out Spoon at the Malkin Bowl last Saturday I was obviously excited because it seems like almost anyone you ask can name a Spoon song and has a story about it to boot.

Almost … but not everyone … with myself being a slightly embarrassed portion of the “not” category.

So, after getting distracted by my uncle’s invitation to play some pick up hockey on Saturday morning (shout out to Uncle Tohmm still going bar down in his sixties) I still hadn’t fully figured out the story behind what makes Spoon so great … but I was excited to find out. 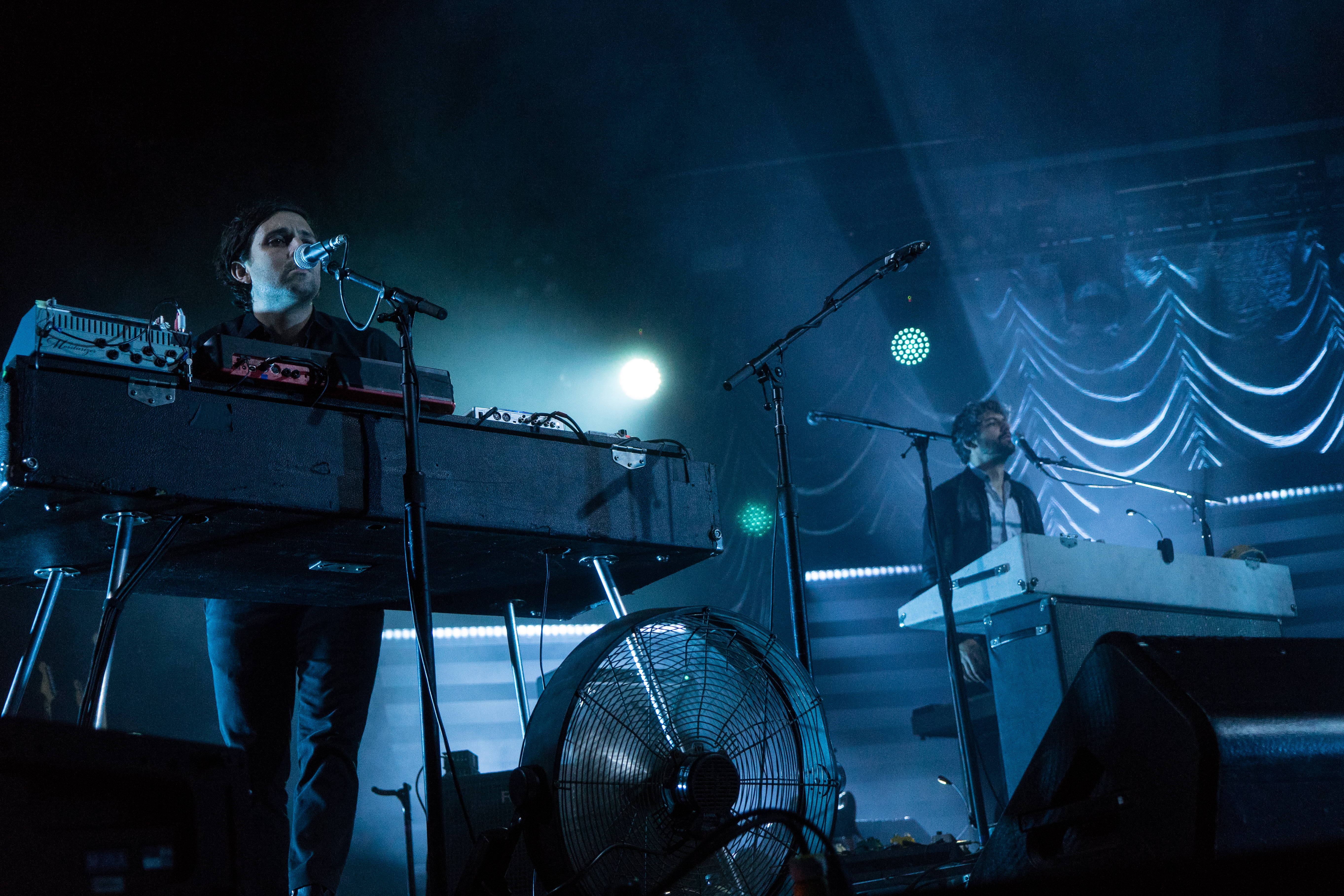 I rolled up to Malkin Bowl (literally … biking through Stanley Park is definitely one of my favourite parts about shows at the Malkin Bowl) on a beautiful Saturday night. I then started asking around on what made Spoon so special “for readers who might not know them that well” (people did not look like they were fooled by this obvious cover up). I got some pretty good answers, and decided to fact them check as the show started. 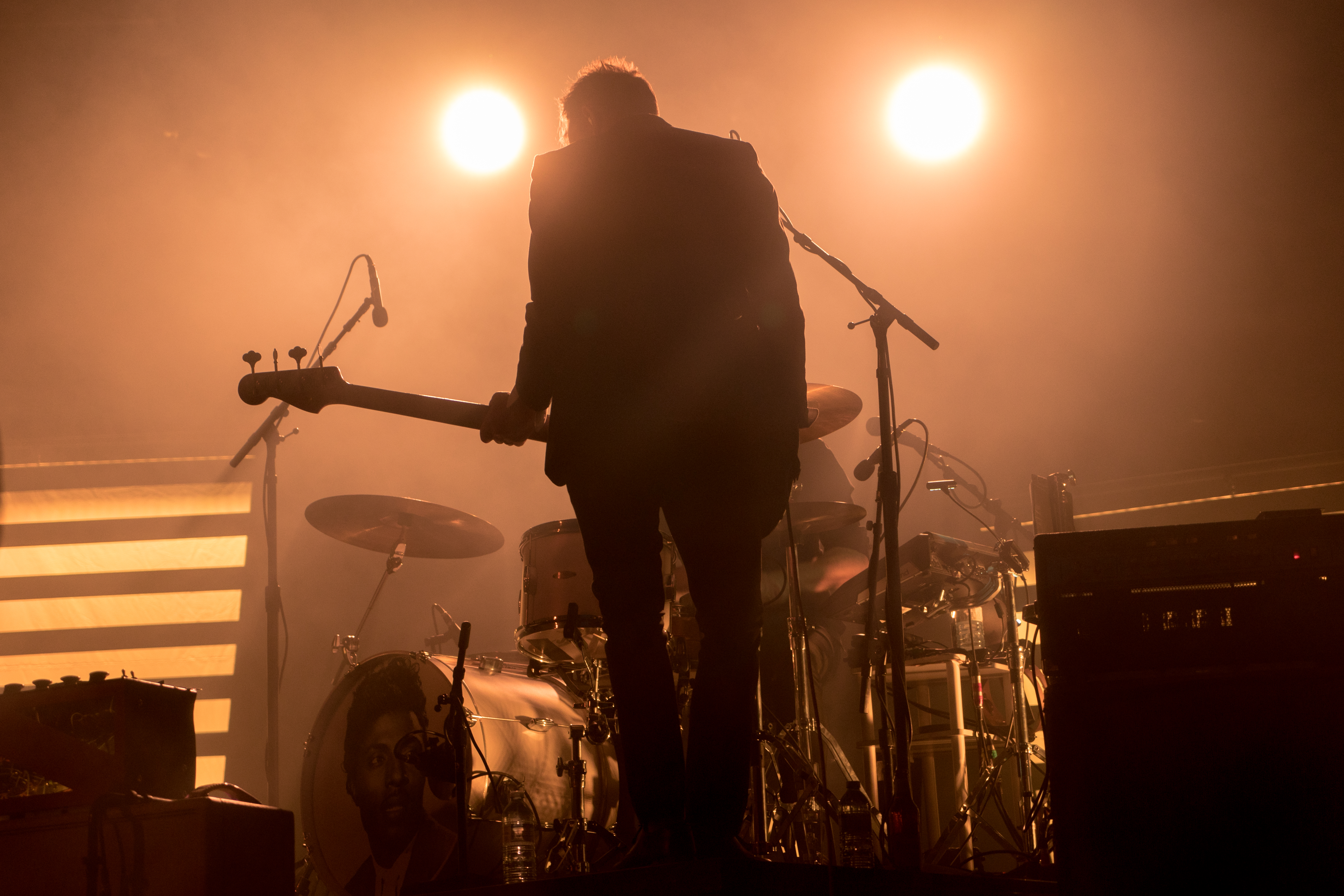 1) The Variety of their Music:

This one was dead on the money. I don’t think I’ve ever heard a band with as wide of a catalogue stylistically where each song sounded so good! (say what you will about Lil Wayne’s brief foray into rock) This was probably my favourite part of the concert, I literally had no idea what to expect each time they finished a song and transitioned into the next. If you told me that they were pulling a reverse-Wayne and putting out a rap album, I’d assume it was going to be good.

2) They make pop songs that sound like a jam

This one came courtesy of a musician and I can see why. Spoon broke down the end of countless songs with jams that showcased an amazing display of musicianship. While the slowed-down extended keyboard solo may have lost me for a little bit, in an age of backing tracks and superbowl performances with guitars that aren’t plugged in, this was a very refreshing performance to see.

While I haven’t listened to every Spoon album, I can definitely see how these 2 guys to the front right of the stage could make this point. Despite wide stylistic differences, each song was consistently good, and while I’m taking their word on this one (I don’t think the NineEightSeven is willing to wait for me to listen to every Spoon album before I submit this) I really have to give it to a band that can keep up this level consistency. Every song they played on Saturday night was very good and has definitely motivated me to get started on working my way through their catalogue.

4) They Put on an Amazing Show

I’m going to go out on a limb and give you guys one opinion that I didn’t actually (crowd)source. The band put on a phenomenal show, their stage lights were great and worked amazing with the performance they put on, the band played insanely tight (almost like they’d been touring together for 24 years .. who’d have thought), Britt Daniel (guitars, vocals) honestly some of the best stage moves I’ve seen from someone holding an instrument. They put on a delightful show that I would 100% recommend checking out next time they’re in town … even if you’re one of those uninformed simpletons who couldn’t even name one of their albums before you went and reviewed their show for a music blog. 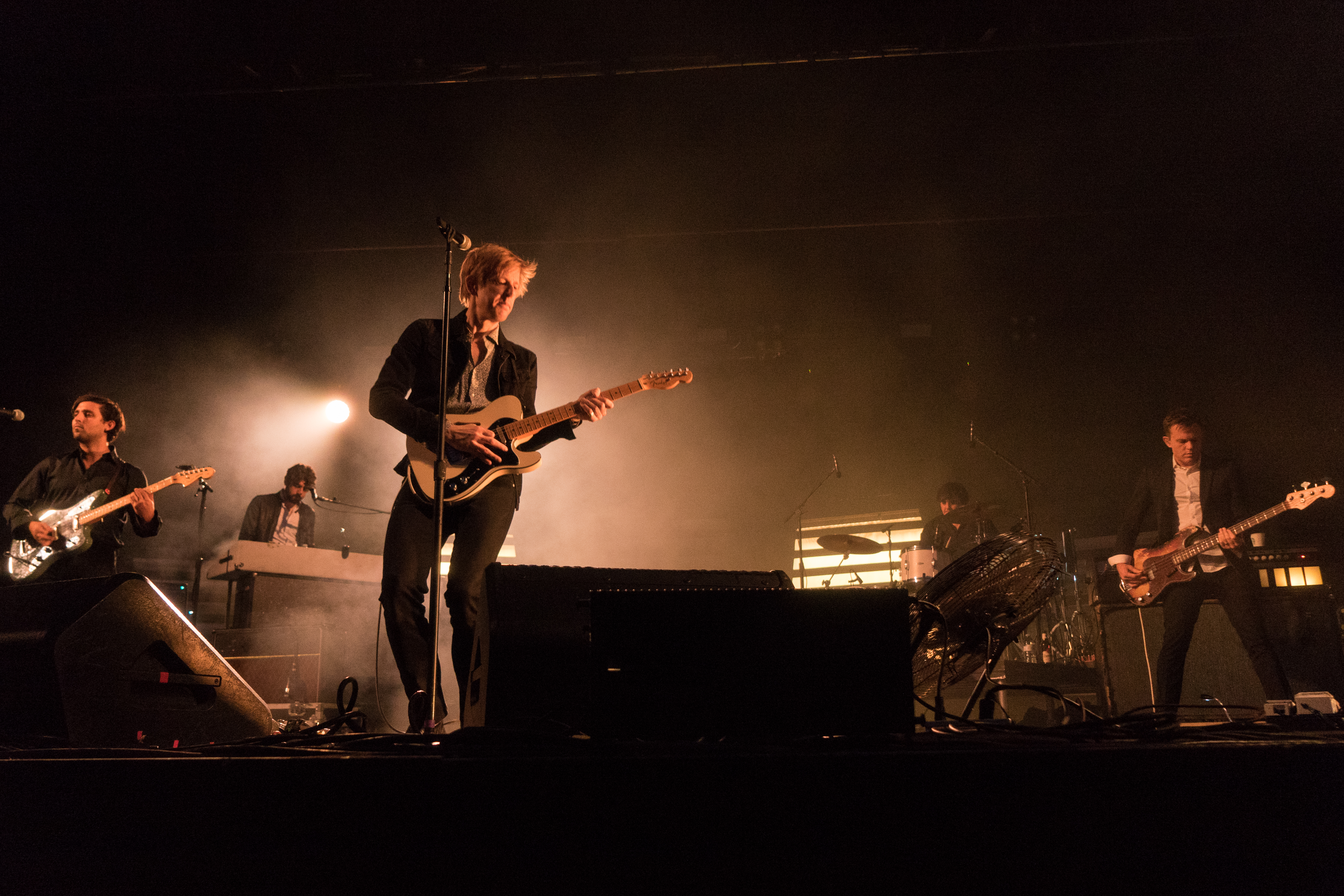 The best part of this show though is that it made me want to throw the hockey gear back in the closet and dust off my guitar as soon as I got home (along with cuing up Apple Music to download a bunch of their albums), and if that isn’t the best compliment you can give a show then I don’t know what is. 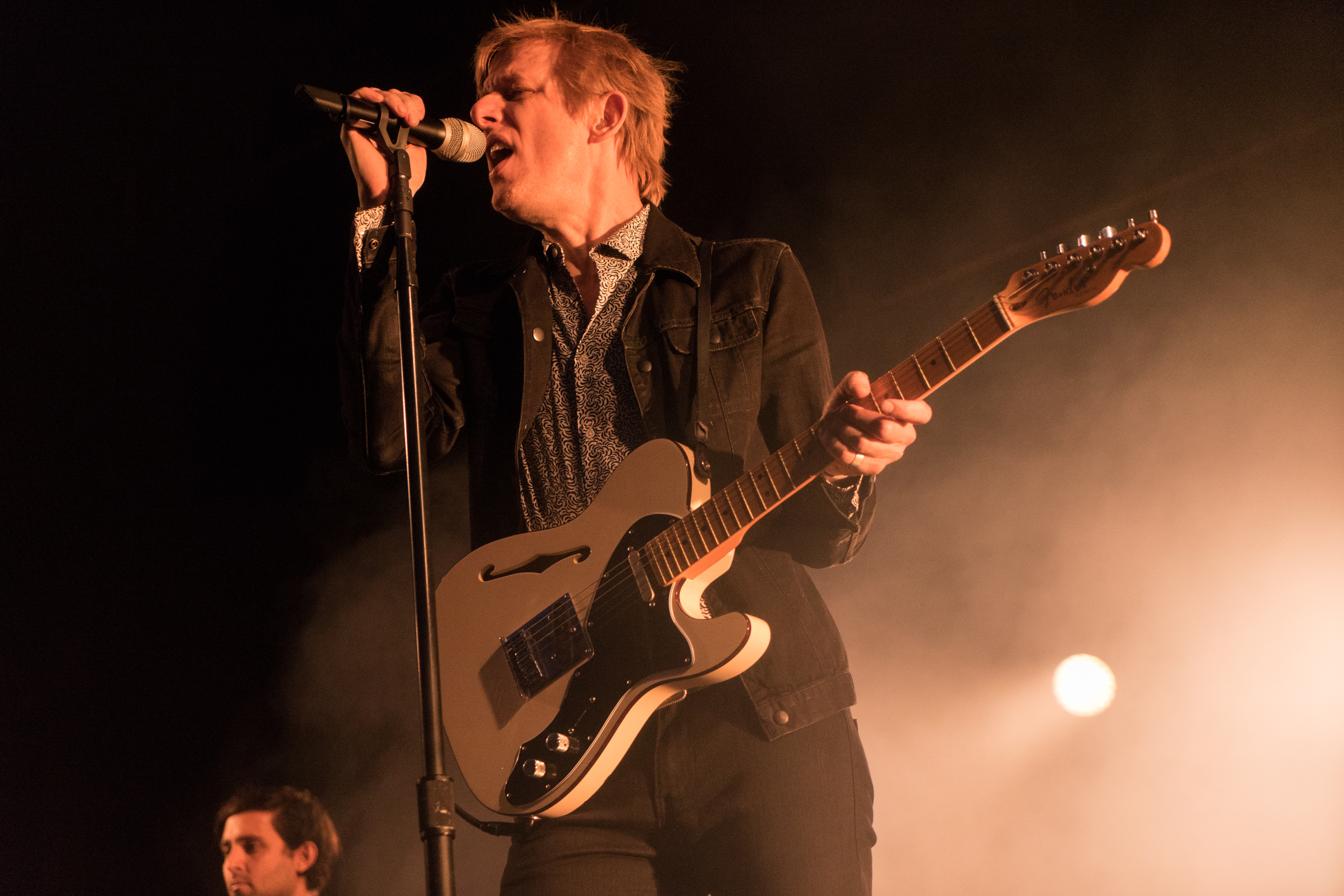 Also as an aside … what is it about bands from the South that they sound vaguely British in the way they sing (think Spoon, Cage the Elephant)? I guess I’ll just have to add this mystery to the many reasons why Nashville and Austin are high up on my list of places to visit (my friend John from Winnipeg also claims that people say this about him when he sings … but I’ve never seen him perform and I really don’t want to go to Winnipeg to investigate).
3 cherry bombs out of 3!
Review: Jeremy Campos