As my first piece for Nine Eight Seven, I was asked to review Youngblood, followed by Bishop Briggs at The Vogue Theatre in Vancouver’s entertainment district. Being one of the only women in the media pit, I tried not to let myself be intimidated. I needn’t have worried – the two acts were respectively spearheaded by two of the most badass, empowering women to hit the stage I’ve seen in a long time.

Youngblood, as the frontwoman Alexis Young describes, is “what the ‘60s thought the future would sound like”. The eclectic, electronic waves and Young’s fiery vocals make it near impossible to believe that this Vancouver-based band is barely a year old. If you want to read more about Young personally, stay tuned for Nine Eight Seven’s interview with her – you’ll fall in love with the laidback siren that is Alexis Young. 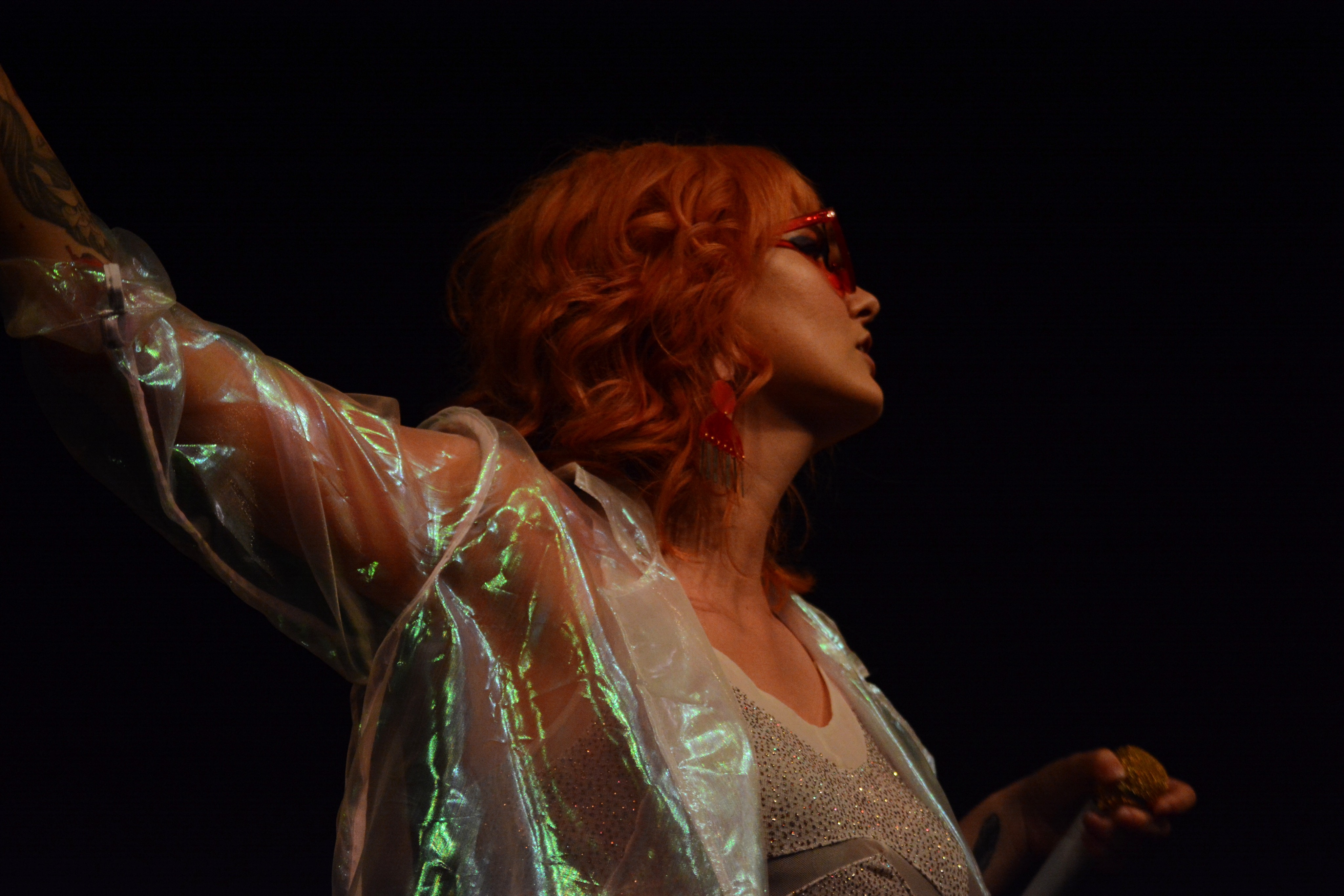 Young’s range coupled with the rest of the band’s raw talent made for a commanding set in the 70-year-old theatre. Her trendy vibes and throwback style were met with enthusiasm. In her silky voice, Alexis Young interacted with the audience with quiet humour. Youngblood’s future is bright, and budding rapidly. Garnering hundreds of thousands of listens on Spotify, and watching a snowballing following, the band is striking all the right chords. Cozy but punchy concerts like last night may soon be in the past for this Canadian band. 4/4!

As the stage crew set to work, and a banner dropped behind the drums, the crowd began to buzz once more. In the just-grungy half-light of the venue, I waited patiently. 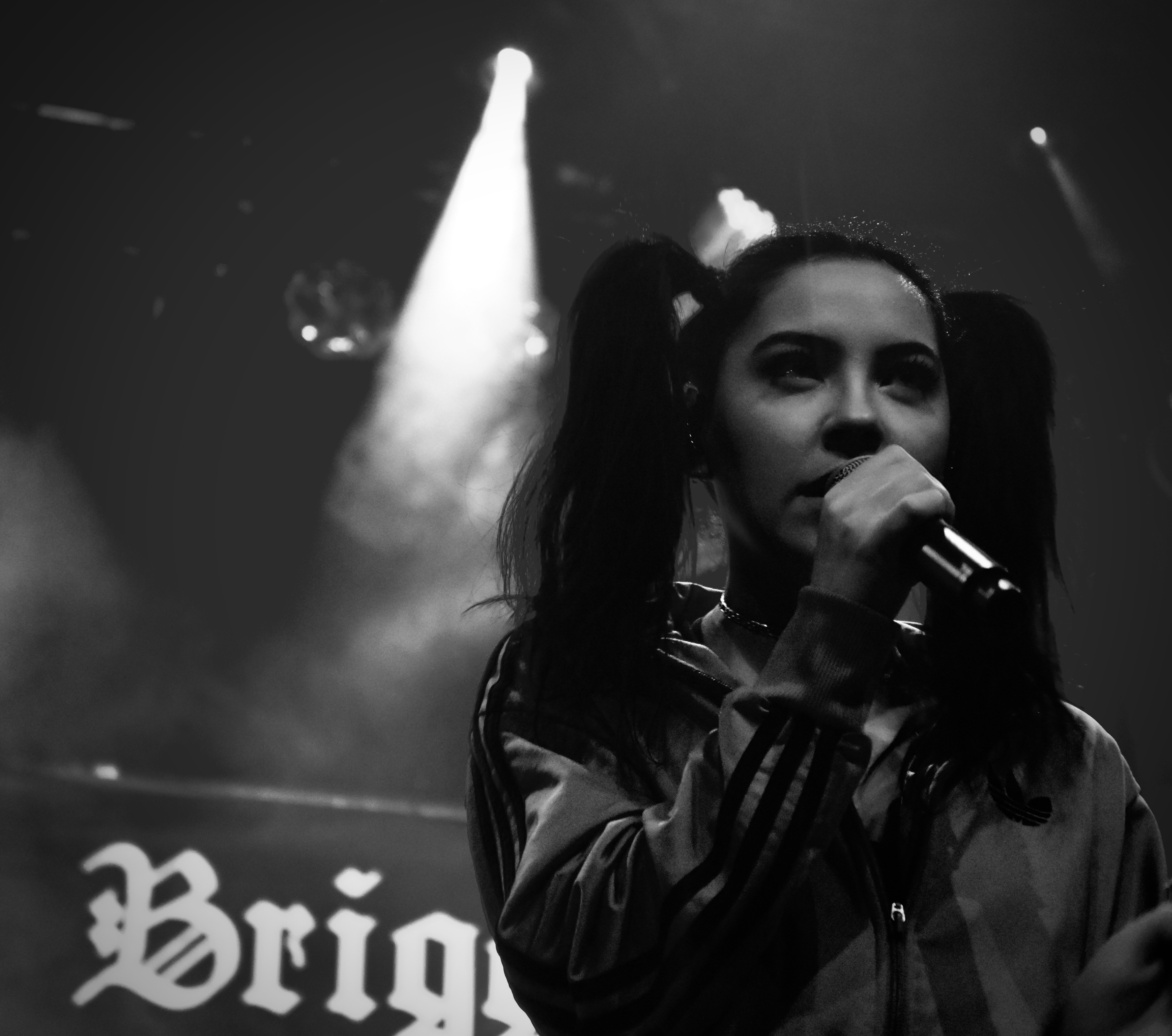 No amount of Spotify browsing or background reading could have prepared me for the sheer power and dynamism Bishop Briggs brought to the stage. From the white kicks to an iconic pair of pigtails, Briggs’ persona filled Vancouver’s Vogue Theatre from her first note to her dual encore.

Sarah Grace McLaughlin (aka: Bishop Briggs) is a British performer now based in LA. Her style, an electric mix of powerhouse vocals, synth, and heavy base make her difficult to categorize into one genre – her badass moves, killer outfit, and raw energy make her easy to adore. She’s a fresh, trendy singer poised only to keep rising. 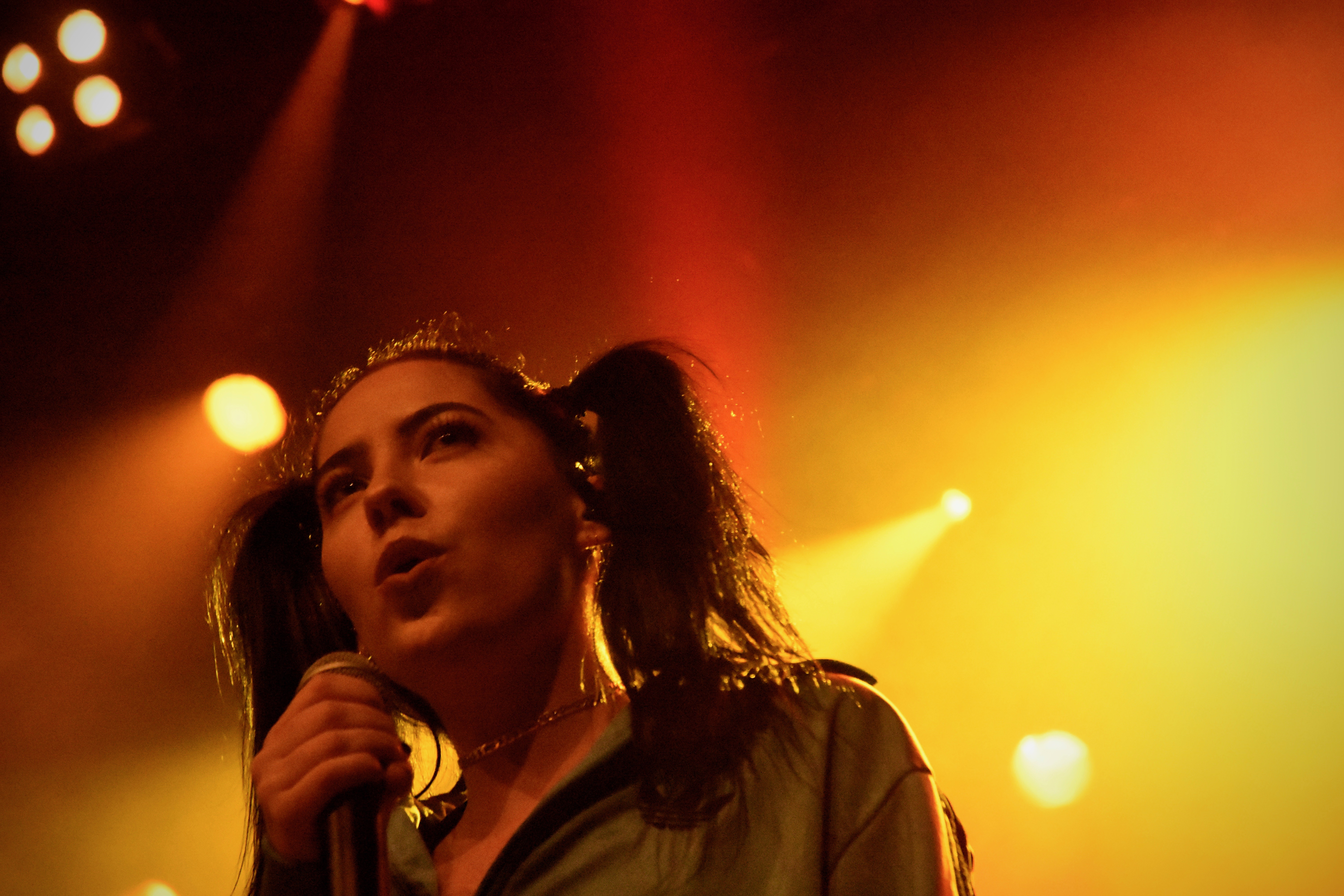 Bishop Briggs opened with “Dark Side”, a chilling, eerie track cut with her stunning lyrics and synthetic base; I was sold.

A lion of a performer, she played hits like “Wild Horses”, “Pray”, and “Be Your Love” to an eager crowd of festival-goers. The intimacy of The Vogue allowed her to reach every single audience member at Westward Festival’s opening night. 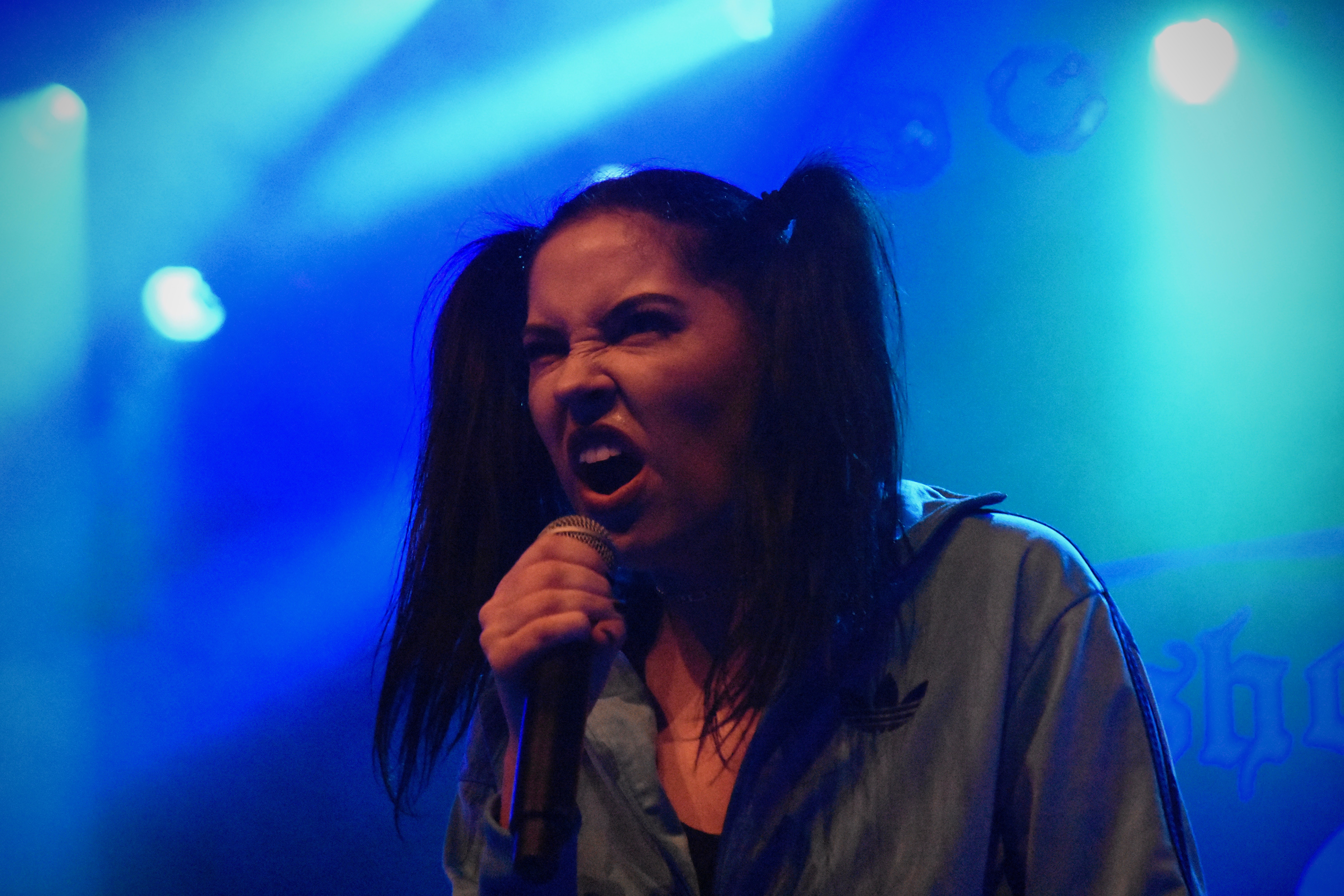 Briggs performed “River”, arguably her most well-known song, as her second encore. The kick in the tune, and her bouncy dancing had everyone at the show on a high. The atmosphere, a head-banging, hand-clapping, high-jumping attendees made it clear that she stole the night.

All in all, Bishop Briggs’ first ever show in Vancouver was a huge success, and has had me listening to her on repeat since. I can’t begin to convey how in awe her show left me. I can say that the founder of Nine Eight Seven leaned over during her set to say that he hadn’t been so impressed in a very long time. I’d give her 2/2 whipping pigtails, and tell you that you need to catch this powerhouse chick’s performance as soon as you can.