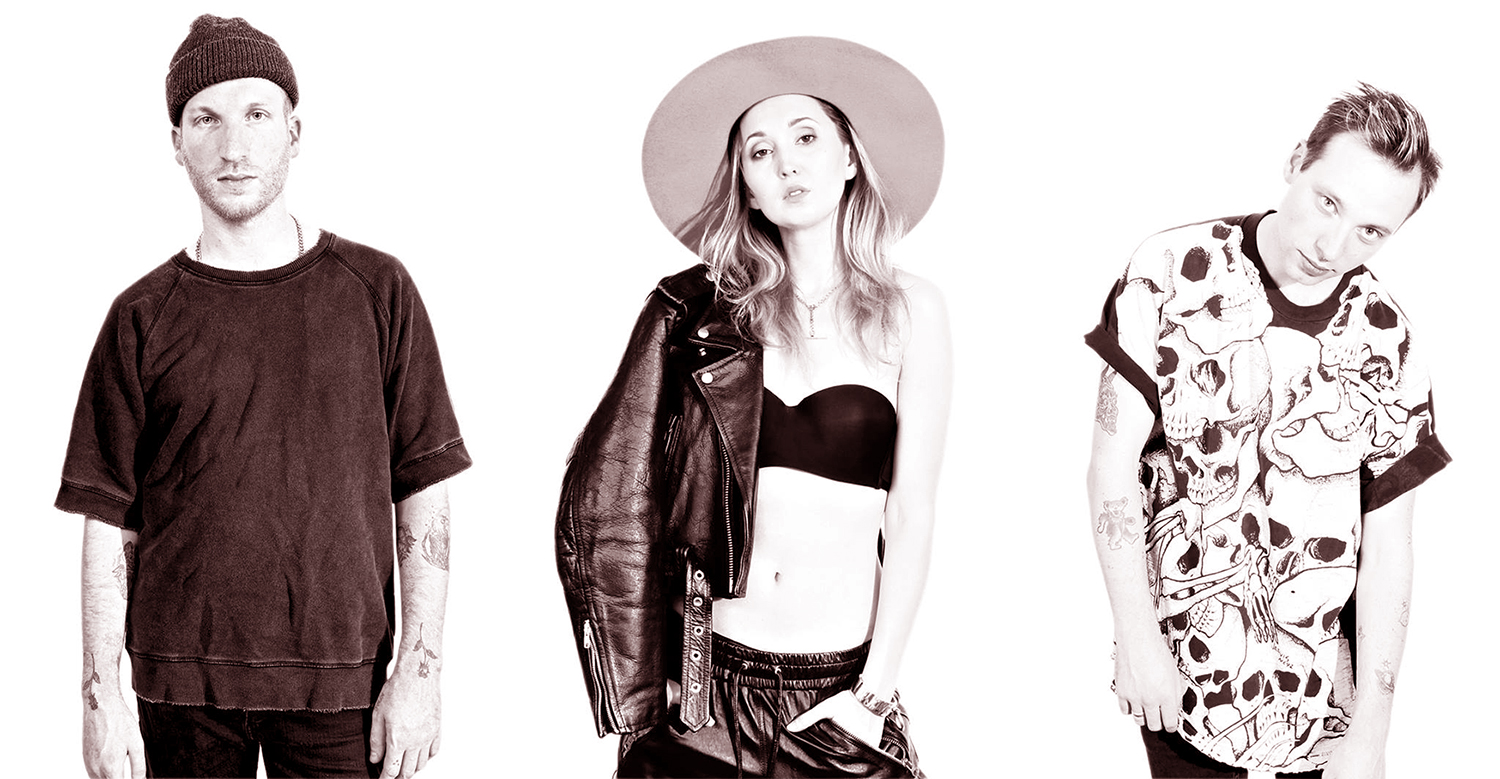 September 2017 could be one of the best months this year for Vancouver concert-goers. One of the many reasons why: Westward Music Festival. Running September 14-17, Vancouver will be host to Westward Music Festival: a festival which will happen at multiple venues in the city (Vogue Theatre, Biltmore Cabaret, Venue, The Imperial Theatre and Fox Cabaret) and feature 14 different events over the course of the weekend. Don’t be fooled by the fact that this is their first year, WMF is bringing some world class acts such as Vince Staples, A Tribe Called Red, and Gov’t Mule.

Among the many rad acts, Little Destroyer: a 3 piece group formed in Vancouver. They’ll be playing along side Dear Rouge at The Imperial on Friday September 15th (more info here).

When we first heard Little Destroyer, many questions formed in our heads. Luckily for us, we got them to answer some for us!

987’s Alli Bridges got in a lil’ Q&A with Little Destroyer’s front-woman Allie Sheldan to help us learn more about the act:

1) You guys have a really unique style that I had a hard time describing. In terms of genre how would you define what youre doing here?

Haha ya – we tend to have that response from people! Short answer: we make alternative music. Long answer: We make music that reflects a long list of influences but ultimately tries to create alternative/pop music that pushes the set boundaries. Sometimes we tell people we’re like if NIN and Miley had a baby fronted by a Yolandi+Gwen mashup.  For us it’s about genre mashing, distorting sounds and perceptions but making music you wanna listen to over and over, in the way the pop can hook you – but ultimately being catalyzed through the rawness and energy of punk.

2) So far you’ve released a couple singles from your upcoming EP. When do we get to hear more?

Very soon! To date, we’ve got three songs released – Bad Cell, Rattlesnakes & Savages. Within the next 2 months we’ll be releasing our next single, shooting the video for the following release and dropping some remixes!

3) Allie, you’ve made a point of speaking to the importance of authentic and meaningful lyrics in your music. What is your favorite lyric- in your own and others’ work?

I definitely tend to be fairly candid when writing, I grew up obsessing over lyrics and liner notes and for me, it’s the first thing I notice about a song. It can be uncomfortable being honest but if you can say, (for example) hey listen to this fucked up thing I did/thought/experienced you’re showing people it’s okay to be vulnerable, it’s okay to talk about this stuff. And it helps us all realize we aren’t alone in it. Novel done.

favourite lyric of my own: “All my friends are buying mansions now, they got a kid on the way and it’s reminding me how, I fucked up my life by breaking your heart and the path that I chose has been wrong from the start” – from our song MANSIONS

favourite lyric of someone else’: “The debt you owe is just your soul, and some hotel bills, we’re both just victims of our own free will, and it’s through, you know it’s true, so go and find yourself something to hold onto” – The Reigning Sound “Something to hold onto”

4) It really feels like you’re making music that has yet to be made because it’s so unique and defying of genre. That said, you all must have some artists that you’re inspired by that have informed your music and its direction. Who are they?

5) Speaking of musical inspiration, who are you listening to right now that we should check out?

1) Driving: Lift me up – Vince Staples

3) Drinking: Drinking With the Jocks – Against Me!

7) You’ve been a part of some amazing shows, including opening for Mother Mother and an upcoming show with Dear Rouge. Who would you dream of opening for? And who would you love to open for you?

We have been part of some amazing shows – we feel so lucky! Honestly opening for Against Me! was a dream come true. It was our first time playing at the Commodore and Against Me! is one of our all time favourite bands. So that was incredibly special. And who would we wanna have open for us? Victories, Two Towns or LEGS.

8) What is on the horizon for shows? (what we really want to know is when can we Vancouverites see you next?)

In terms of Vancouver shows: we are playing Friday September 15th at the Imperial with Dear Rouge for Westward Festival which we are very excited about. Great venue and great lineup. And we also have an intimate, limited capacity show in the works, which we’ll be releasing details for soon!

There you have it. One of many shows next weekend NOT to miss.